Why Is Trump So Obsessed With Showerheads? 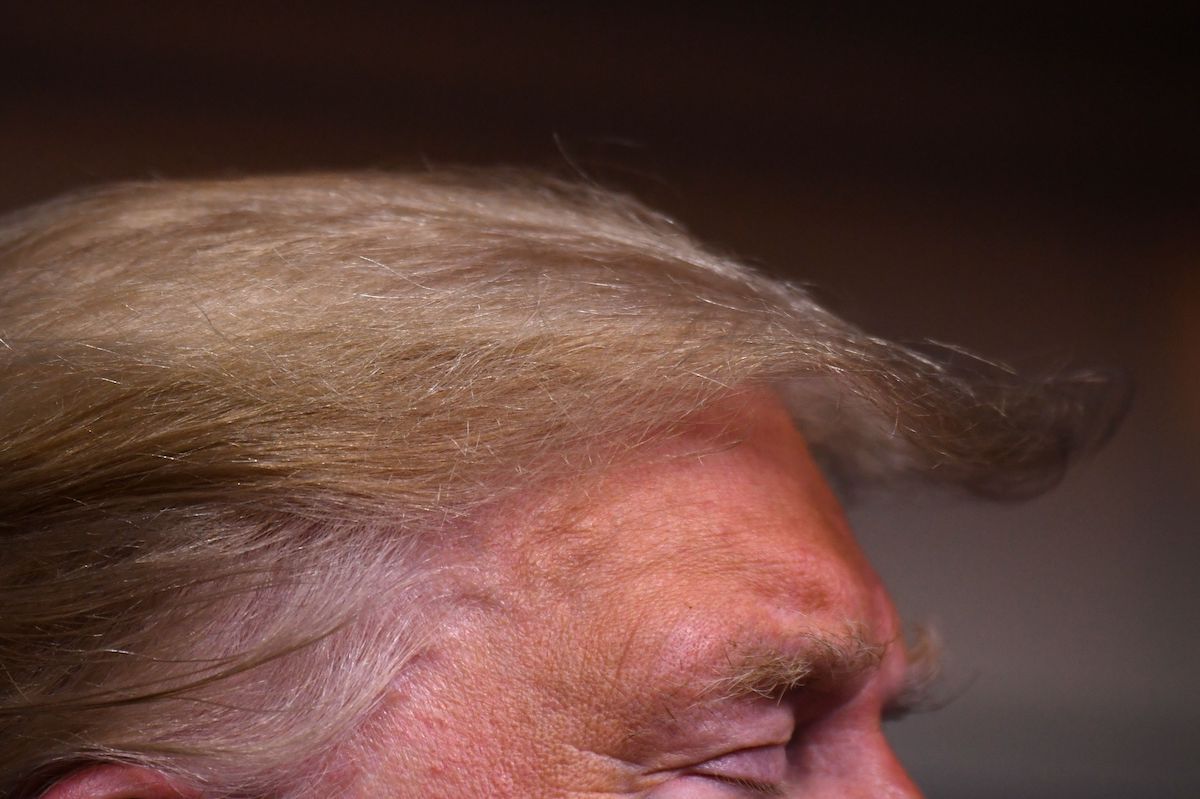 The Department of Energy is looking to overturn a 28-year-old environmental regulation after Donald Trump complained once again about not being able to wash his “beautiful hair” correctly.

Speaking at a Whirlpool manufacturing plant last week, Trump said he knew of people who had to “press the button five times” to make their dishwashers work effectively. “They didn’t have enough water. The same thing with sinks, toilets, and showers. You go into a new home, you turn on the faucet, no water comes out. You turn on the shower, if you’re like me you can’t wash your beautiful hair properly.”

This is nowhere near the first time Trump has complained about low-flow appliances. It’s a bit of an obsession for him.

“We’re bringing back consumer choice in home appliances so that you can buy washers and dryers, showerheads and faucets,” he said in a speech at the White House last month. “So showerheads –you take a shower, the water doesn’t come out,” he said. “You want to wash your hands, the water doesn’t come out. So what do you do? You just stand there longer or you take a shower longer? Because my hair–I don’t know about you, but it has to be perfect. Perfect.”

Here’s what he said at a rally in January (via NBC News):

“Sinks, right? Showers, and what goes with a sink and a shower?”

“Toilets!” the crowd chanted back.

“Ten times, right, 10 times,” Trump continued, referring to the number of flushes he claimed were sometimes required because of water-saving federal regulations. “Not me, of course not me. But you,” he added while pointing to a random audience member.

In December of last year, he once again complained about toilets and sinks and also (kind of jokingly) blamed energy-efficient lightbulbs for his trademark orange hue.

“We have a situation where we’re looking very strongly at sinks and showers, and other elements of bathrooms,” Trump says.

“People are flushing toilets 10 times, 15 times, as opposed to once.” pic.twitter.com/asDjGxuFts

So after months of complaining, Trump has finally gotten the energy department to acquiesce to his whining. In response to the severe droughts of the 1980s and ’90s, Congress passed new guidelines in 1992 restricting the amount of water appliances can use, limiting showerheads to 2.5 gallons per minute.

This new rule wants to redefine what constitutes a showerhead. Instead of meaning the whole appliance, the term would now refer to each individual nozzle. For reference, some larger rain-style showerheads can have upwards of 100 nozzles. The proposal would also remove basically all water and energy restrictions on household clothes washers and dryers.

So why is Trump so obsessed with reversing water conservation guidelines for appliances? It’s a longstanding gripe among many conservatives and libertarians, but as with most things Trump, he also appears to have a personal financial stake in the matter.

And it’s not just that one building. As of 2015, 11 of Trump’s 15 skyscrapers in various U.S. cities were far less efficient than other similar buildings.

“On a scale of 1 to 100 for energy efficiency, Manhattan’s old Mayfair Hotel, which Trump converted into condos, rated a 1,” wrote CNN.

So is Trump pandering to libertarians who think energy regulations are impeding on their freedoms or is it just a self-serving financial move? As usual for Trump …