Donald Trump Is Too Stupid and Sexist to Be Racist: His Administration’s New A+ Defense 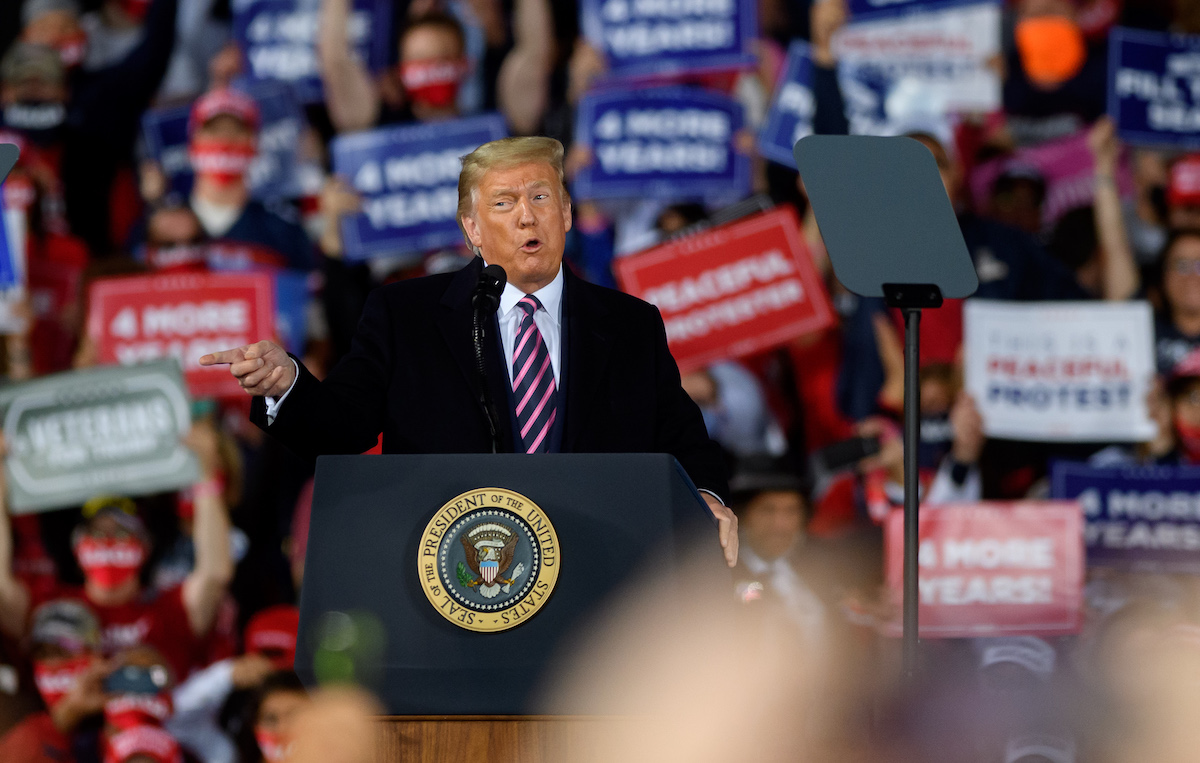 A new profile in the Washington Post takes a deep look at the role of racism and bigotry in Donald Trump’s presidency, both as he exhibits racist behavior and how it works to excite his base. Reporter Greg Miller details at length the “substantial record of [Trump’s] actions as president that have compounded the perceptions of racism created by his words.”

Miller provides examples of statements Trump has made publicly as well as many that dozens of sources have reported him saying privately, from anti-Semitism to comments about African nations being “shithole countries” to his constant categorizing of Mexicans and other Latin American immigrants as criminals.

New from @gregpmiller: Trump has privately maintained that Blacks have themselves to blame in struggle for equality, that Jews are “only it it for themselves,” and said he “could never understand” why the First Lady wanted to go to Africa.https://t.co/Sc4hTiAU6n

And it’s not just his words. Racism is built into his policies as well. Miller writes:

Over 3½ years in office, he has presided over a sweeping U.S. government retreat from the front lines of civil rights, endangering decades of progress against voter suppression, housing discrimination and police misconduct.

His immigration policies hark back to quota systems of the 1920s that were influenced by the junk science of eugenics, and have involved enforcement practices — including the separation of small children from their families — that seemed designed to maximize trauma on Hispanic migrants.

“With the election looming, the signaling behind even second-tier policy initiatives has been unambiguous,” Miller writes.

When it comes to Trump’s reelection, racism is a double-edged sword for him, since he relies heavily on appealing to white supremacists while also not wanting to alienate those voters who may not consider themselves racist (but still don’t see overt racism as a disqualifying characteristic). So the Trump administration is still denying that he even is racist in the first place, even as that gets harder to make believable with each passing day.

As Trump devotes more and more time to attacking Black Lives Matter protesters and scaremongering about BIPOC infiltrating the suburbs, his allies’ defenses are getting thinner. As Miller writes, they’re left with arguments like other presidents were more racist and, amazingly, Trump isn’t intelligent enough to be really racist.

In addition to not being smart enough to be a white supremacist, his administration officials has decided to go with the defense that he’s not racist, he’s an equal opportunity abuser.

Several officials said that Trump is not a disciplined enough thinker to grasp the full dimensions of the white nationalist agenda, let alone embrace it. Others pointed out that they have observed him making far more offensive comments about women, insisting that his scorn is all-encompassing and therefore shouldn’t be construed as racist.

“This is a guy who abuses people in his cabinet, abuses four-star generals, abuses people who gave their life for this country, abuses civil servants,” the first former senior White House official said. “It’s not like he doesn’t abuse people that are White as well.”

He’s too stupid and misogynist to be racist is quite a take https://t.co/4X5dUr3O2Q

“he’s too stupid to be a Nazi and he’s too sexist and cruel to be a racist” is what I would’ve gone with too if I were his flack https://t.co/Fyn94L4sFx

He’s an asshole to everybody! Human dignity means nothing to him! Life is meaningless! Four more years!

I guess, as a nation intolerant of actually thinking hard for two minutes about the biases on which we were built, we deserved to land at “he can’t be racist because he is sexist”

There you have it: Trump can’t be racist because he’s not smart enough and also he hates everyone equally (unless they’re extremely wealthy) but racists still love him and he’s going to capitalize on that however possible. Sounds like a real winner.