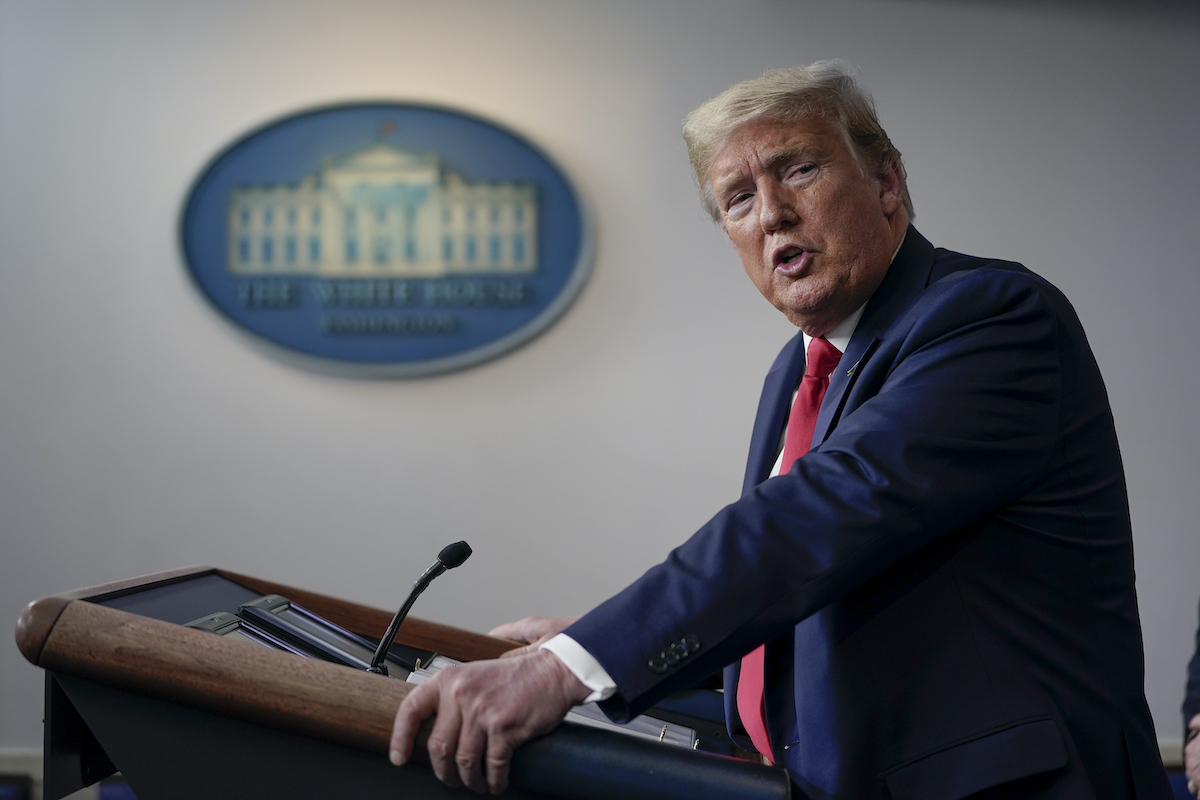 Donald Trump’s approval rating is currently the highest it’s ever been, which, to the 45% of us who disapprove of the job he’s doing right now, is just mind-boggling. But according to new polls, 49% approve of the job Trump is doing as president while 45% disapprove, and 60% approve specifically of the way he is handling the coronavirus pandemic, with 38% disapproving.

Those just aren’t numbers I know how to process.

Trump has been lashing out at Democratic governors and refusing to take necessary action on a federal level. His slow response to the virus is the reason why we’re in such a dire state now, but he won’t take any responsibility at all for his administration’s failings. He put Jared Kushner, who has no qualifications whatsoever, and Mike Pence, who has actually caused multiple health epidemics during his political career, in charge of his coronavirus task force. His daily press briefings are so full of lies, multiple news outlets have stopped airing them. Who are these people–49% of us apparently!–who think he’s doing a fine job?

There’s the obvious explanation that in a time of national crisis, pretty much every American president has seen a surge of support thanks to a “rally ’round the flag” mentality. But there are other elements at play here, too.

Some pundits are blaming the media for Trump’s success, saying they’re being too hard on him and exaggerating his failures, I suppose then causing the public to see him as a sort of underdog they need to root for, which is absurd. As a reminder, just because Trump says he’s being persecuted by the media, that doesn’t make it so. He’s just incapable of taking anything but 100% positive coverage as objective truth, and he lashes out at any person or outlet who doesn’t offer him unwavering praise.

Thank you Byron. Many polls are much better than this. If it is the Fake News @washingtonpost, add 10 points! https://t.co/H5kBKNukT5

The Gallup poll supports this idea that people are taking Trump’s side over that of the media, who Trump has long positioned as his (and America’s) enemy. 55% of those surveyed saying they disapprove of the job the news media is doing during the coronavirus outbreak.

But what is the alternative to calling Trump out, even if it seems like overkill? Is the press supposed to stay silent when Trump lies? Give him a participation trophy when he fails and say “Don’t worry, you’ll get it right during the next pandemic!” (Even though we know he wouldn’t.) When the media criticizes Trump for his failings, they’re seen as bullies but if they go easier, wouldn’t it be taken as approval of his actions?

If the options available to the news media are to demand more from Trump or to stay silent, they’re likely to help Trump’s approval rating either way. Hell, the other 45% of us are always criticizing them for not holding him accountable enough. So they may as well call him out.