Trump Wants to Exclude Undocumented Immigrants From the Census. He Can’t Do That. 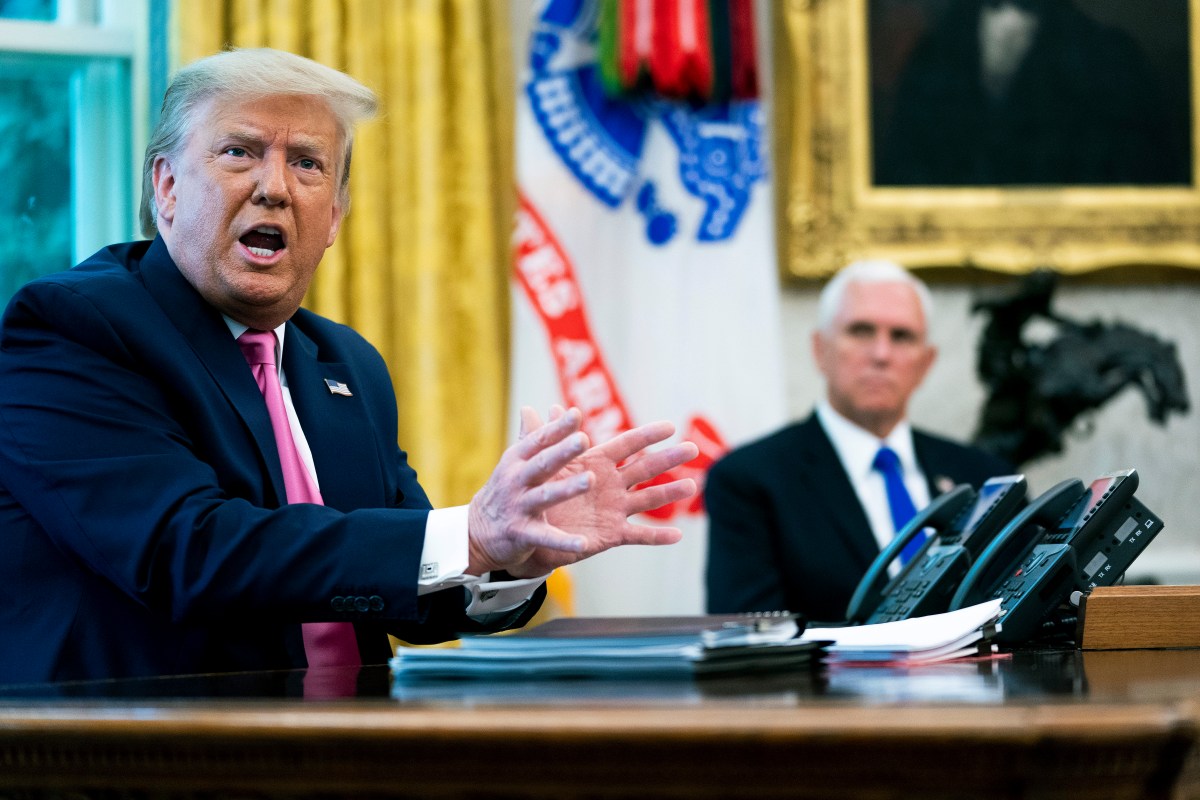 Another day, another probably illegal executive order from Donald Trump targeted at immigrants, but as a bonus, this one is meant to disenfranchise and hurt Democrats as well. And it’s sure to end up challenged in court.

Today’s new order declares that next year, when Congressional districts are redrawn with information from the 2020 census, that undocumented immigrants living in those areas should not be counted. This means that these areas wouldn’t have representation in Congress that accurately reflected their population, and it would particularly hurt communities of color, which skew Democratic.

As you can tell, everything about this order is bad. It’s racist and anti-immigrant and would deny people fair representation in Congress. But it’s also likely that this isn’t something Trump can do, either practically or legally.

Trump already tried and failed to get a citizenship question on the 2020 census. This attempt to include the question based on enforcing the Voting Rights Act was deemed horse crap, and the Supreme Court told the administration to remove the question, but maybe try back some other day with a better excuse.

So if the question isn’t on the census, how does Trump intend to exclude immigrants from this number? Well, just because it’s not on the census doesn’t mean he can’t collect immigration status information from other sources. Just last week, three states (South Carolina, South Dakota, and Iowa) joined Nebraska in committing to share driver’s license and citizenship data with the federal government and the census bureau. When this news came out, many worried that such information would be used to exclude undocumented people from the count when it came to redistricting … and they were right.

But this policy, like the citizenship question on the census, is illegal and unconstitutional. The census and Constitution require actual enumeration, whether Trump likes it or not. This move wouldn’t just be an affront to the Constitution however, it would be a boon to Republicans who would gain power form it while Democrats, who represent areas that have the most undocumented people, would lose seats in congress.

The ACLU has already made it clear that they will contest this latest horrifying attack on immigrants and Americans in court.

BREAKING: Trump tried to add a citizenship question to the census and lost in the Supreme Court.

His latest attempt to weaponize the census for an attack on immigrant communities WILL be found unconstitutional.

We can also hope that before this case inevitably makes it back to the Supreme Court, we’ll have a new President who won’t govern with a policy of hurting and disenfranchising as many people as possible.