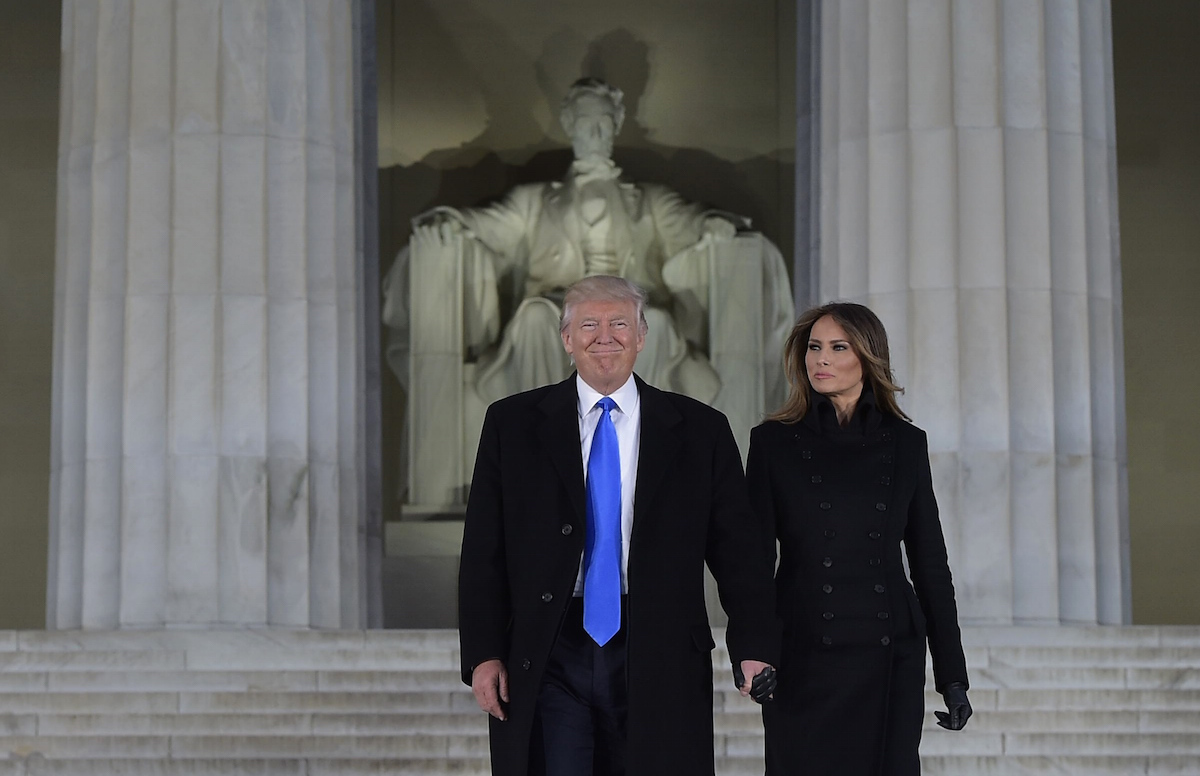 Donald Trump is the physical personification of writer Sarah Hagi’s brilliant quote, “give me the confidence of a mediocre white dude.” Has anyone more mediocre ever had more confidence in the history of anything? His favorite pastime is talking about how great he is, and he never lets little things like facts or reality get in the way of that. Actually, I don’t know if we can even call it a pastime. He’s essentially turned it into his career.

Take, for example, the many, many times he’s made statements designed to craft his legacy, which are in direct opposition to the actual facts of the situation. Most of these have to do with the overwhelming popularity he’s so determined to convince us he has. This started on Day 1 of his presidency with his claims about the crowd at his inauguration.

Earlier this week, Trump claimed on Twitter that he is the most popular Republican ever.

Thank you to all of my great supporters, really big progress being made. Other countries wanting to fix crazy trade deals. Economy is ROARING. Supreme Court pick getting GREAT REVIEWS. New Poll says Trump, at over 90%, is the most popular Republican in history of the Party. Wow!

A recent Gallup poll does, in fact, show Trump with a 90% approval rating … among fellow Republicans. He’s at 45% overall, tying his personal high from his first week in office. And other presidents from both parties have surpassed both those numbers. But again, what are facts when you can just, you know, say stuff?

Trump has doubled down on that “most popular” comment by telling British Tabloid The Sun, “You know, a poll just came out that I am the most popular person in the history of the Republican Party, beating Lincoln. I beat our Honest Abe.”

Where to even start with this? Maybe the fact that presidential polling did not exist when Lincoln was alive. He missed that by about 80 years. Where he got the idea that he “beat” Lincoln in matters of popularity is beyond comprehension.

Of course, there’s also the matter of Lincoln presiding over a Civil War. So obviously that–in some alternate reality where polling could prove these things–was going to split his numbers. Though, splitting the country’s approval rating in half would still put his numbers somewhere in Trump’s range of 45%. (Presuming we’re counting all humans–including women and Black people–as people. Which obviously Trump wouldn’t. Great way to pad his own numbers there.)

He also told The Sun that the British people love him, too. “But the people of the UK, and I’ll bet if you had an honest poll, I’d be very strong,” he said. “They want the same thing I want. I love the U.K.”

He said this while visiting London this week, where hundreds of thousands of protestors are telling him he’s not welcome.

The 250,000 people at the anti-Trump protest in London, right now:pic.twitter.com/mpmSGfjxZw

For those of you who missed it, evidence of the Trump Dalek making it’s way through Westminster 😂 #TrumpUKVisit #TrumpBabyBlimp #DrWho #sciencefiction pic.twitter.com/Ed55PzF7CN

A recent poll says Trump currently has a 72% unfavorable rating among the British public. A social media campaign succeeded in getting Green Day’s 14-year-old hit “American Idiot” to launch to the top of the British streaming charts as a message to Trump upon his visit.

But this is a man who’s so insecure, he had to invent polling numbers from 150 years ago to demonstrate how much better he thinks he is that one of the greatest figures from American history. Facts don’t faze him. I can’t imagine living with that sort of disconnect from reality but boy, that level of confidence sure might be nice.