It Seemed Like Donald Trump Didn't Know How To Wear Pants 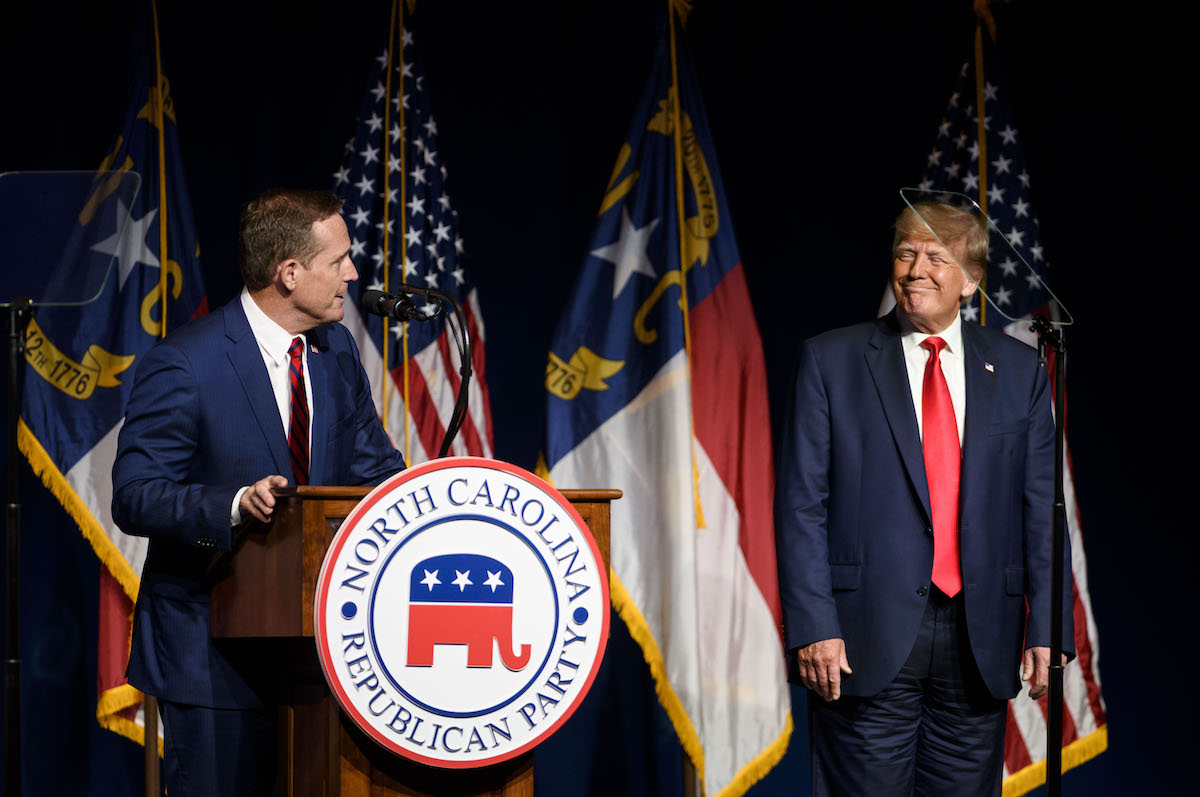 Donald Trump made his return to rallies this weekend, giving a speech at the North Carolina Republican Party’s state convention Saturday night. If I had to guess, I’d say he ranted about Democrats and Mitt Romney, claimed the 2020 election was stolen, and probably whined about impeachment and “perfect” phone calls, since he never gets tired of that sound bite.

I can’t tell you for sure, though, because absolutely no one was listening to Trump’s words at this event. Instead, everyone was focused on his pants.

Others are noting this, but it can’t be shared enough: Donald Trump gave his big speech today with his pants on backwards. Look close and tell me I’m wrong.pic.twitter.com/sRsoJVfyf8

The deep wrinkled creases in Trump’s pants made it appear that he was wearing them backward, or else they looked like pull-ups. After a year of being confined to our homes, I can relate to a commitment to an elastic waistband but for an event of this distinction, I think most of us probably would have gone with a more formal choice.

Unfortunately, Snopes came in to ruin our backward pants party with some buzzkill fact-checking.

“No, Trump Did Not Wear His Pants Backwards at Rally,” the site’s headline reads.

The site concluded: that “a video posted by C-SPAN of the 90-minute speech also showed the former president wearing pants the right way. As such, we rate this claim as ‘False.’”

Obviously, Trump didn’t put his pants on backward. Honestly, unless they were pull-ups, I don’t even know how that could possibly happen. But I absolutely love the fact that on Trump’s attempt to return to public politics, all anyone can talk about are his pants.

Mel Brooks predicted that an asshole would one day wear his pants backwards. #Trumppants pic.twitter.com/WEC60mG1q1

Despite being out of office for nearly five months, Trump still has a distressing stronghold on the Republican Party. Most sitting Republicans still feel the need to defend him and his claims of a stolen election, and those who don’t embrace that lie have seen themselves punished within the party. Trump is also expected to have a huge amount of influence in the party’s 2022 primaries. No matter how badly we all just want him to disappear, the GOP still seems terrified to cut those ties and let him fade into obsolescence.

So if people want to make fun of him and his pants instead of giving attention to his words during a political rally, I see no reason to deny anyone that pettiness. We’ve earned it.