Trump Tweeted “Mission Accomplished” After Syria Airstrikes, Seems to Have No Knowledge of History or Memes 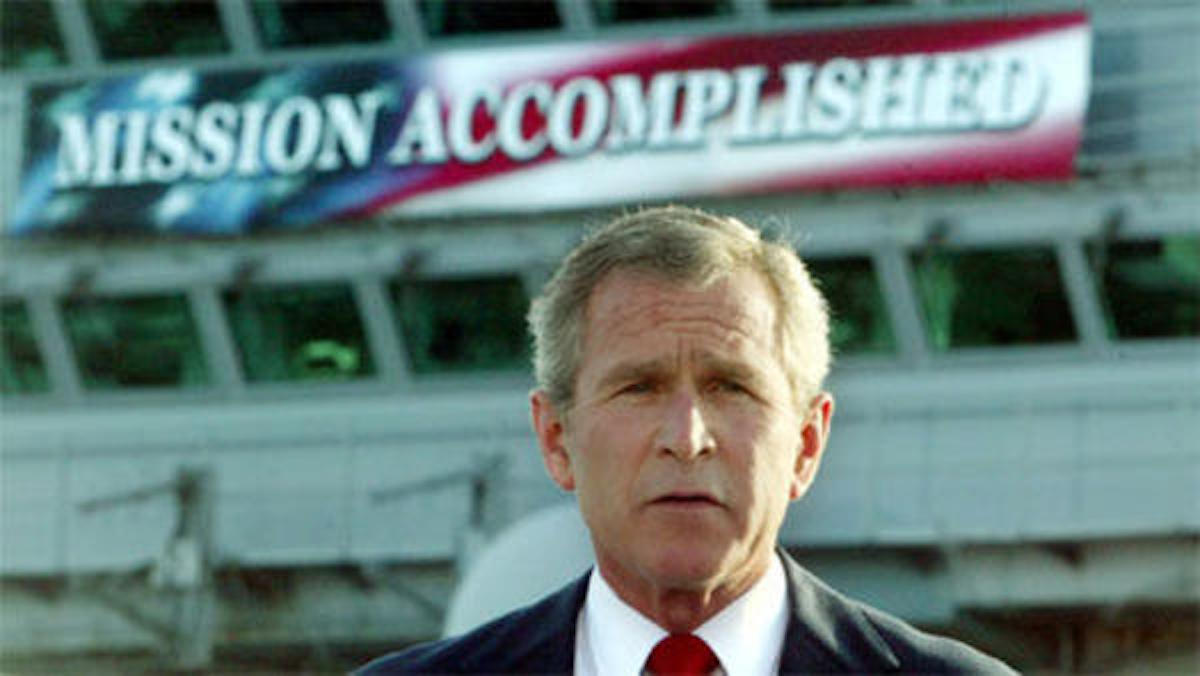 The United States, France, and Britain launched joint strikes on Syria last night. The strikes were intended to punish Syrian president Bashar al-Assad for his suspected use of chemical weapons on civilians. Then the President of the United States used a phrase that should make everyone cringe and wince in unison.

The U.S. media has a strange propensity toward warmongering and generally celebrates Presidents for acts of violence. So you won’t see too many “holy mother of God, Donald John Trump is still in a position to launch weapons of war” pieces this morning (although you should). With Iran and Russia allied with al-Assad and thousands of Russian troops stationed in Syria, the already devastating civil conflict has the potential to become a complete conflagration.

But Trump, in typical fashion, patted himself on the back for a job well done, and damn any potential future consequences (or loss of life). He seems thrilled about making things explode. The morning after the strikes, which saw more than 100 missiles launched at what the U.S. says is al-Assad’s chemical weapons storehouses and research center, Trump was on his favorite social media platform:

“A perfectly executed strike,” President Donald Trump tweeted Saturday in the aftermath of his second decision in two years to fire missiles against Syria. “Could not have had a better result. Mission Accomplished!”

In the bizarre way that he often randomly capitalizes words like an 18th-century pamphlet writer, Trump made that “Mission Accomplished” even eerier by tying it firmly to an awful moment in time. I speak, of course, of President George W. Bush, a name that should live on in villainy and not the new “aw, he paints pictures now, he isn’t so bad compared to Trump” rehabilitation of his image. As Yahoo News neatly summarizes:

[Trump’s] choice of words recalled a similar claim associated with President George W. Bush following the U.S.-led invasion of Iraq. Bush addressed sailors aboard a ship in May 2003 alongside a “Mission Accomplished” banner, just weeks before it became apparent that Iraqis had organized an insurgency that tied down U.S. forces for years.

Can any of us who lived and protested through the actual torturous abuses of the Bush era not flinch when we see the words “Mission Accomplished” coming from the President regarding a fractious war?

I’m pretty confident that Trump had no idea about the image of mockery and failure that his words evoked, even though it was so ubiquitous in the Bush years that it spawned many a meme. Shouldn’t the current President have even the most basic knowledge of history and the disastrous multi-front wars his predecessors launched that saw hundreds of thousands of people killed and created conflicts that are still raging? Should he perhaps have considered before using such a loaded phrase?

Why am I even asking questions about Trump doing anything reasonably? 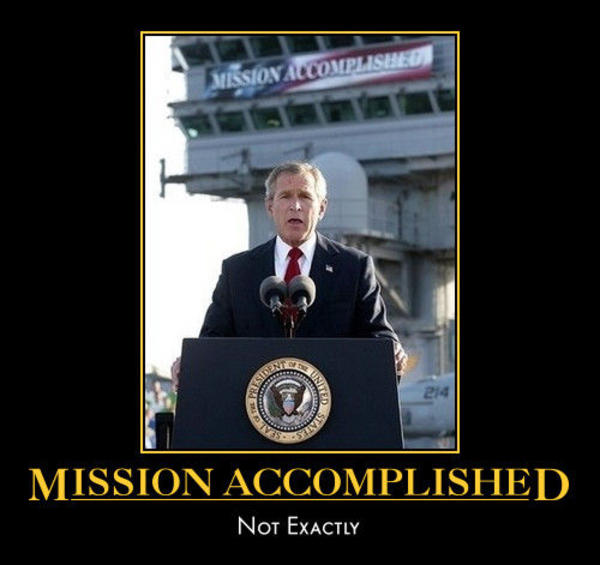 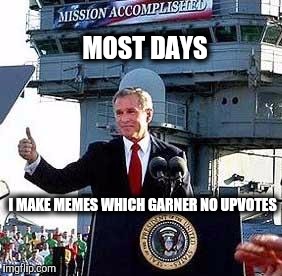 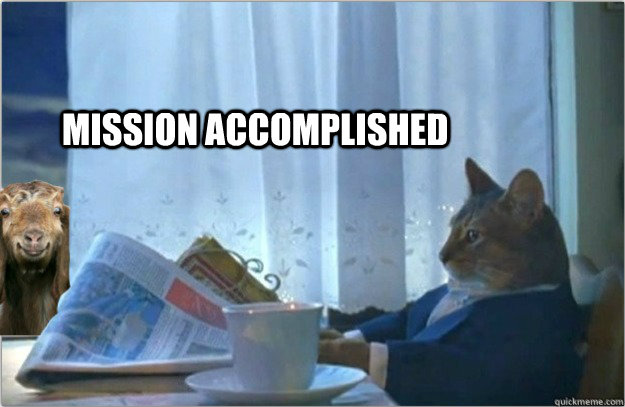 Speaking of loaded phrasing: I wrote this, The Washington Post reports that U.S. Ambassador to the U.N. Nikki Haley told an emergency security council meeting that United States forces are “locked and loaded” should Syria use chemical weapons again. I’m sure we shouldn’t worry in the slightest that our U.N. Ambassador is talking like John Wayne. I’m sure that it will be just fine.