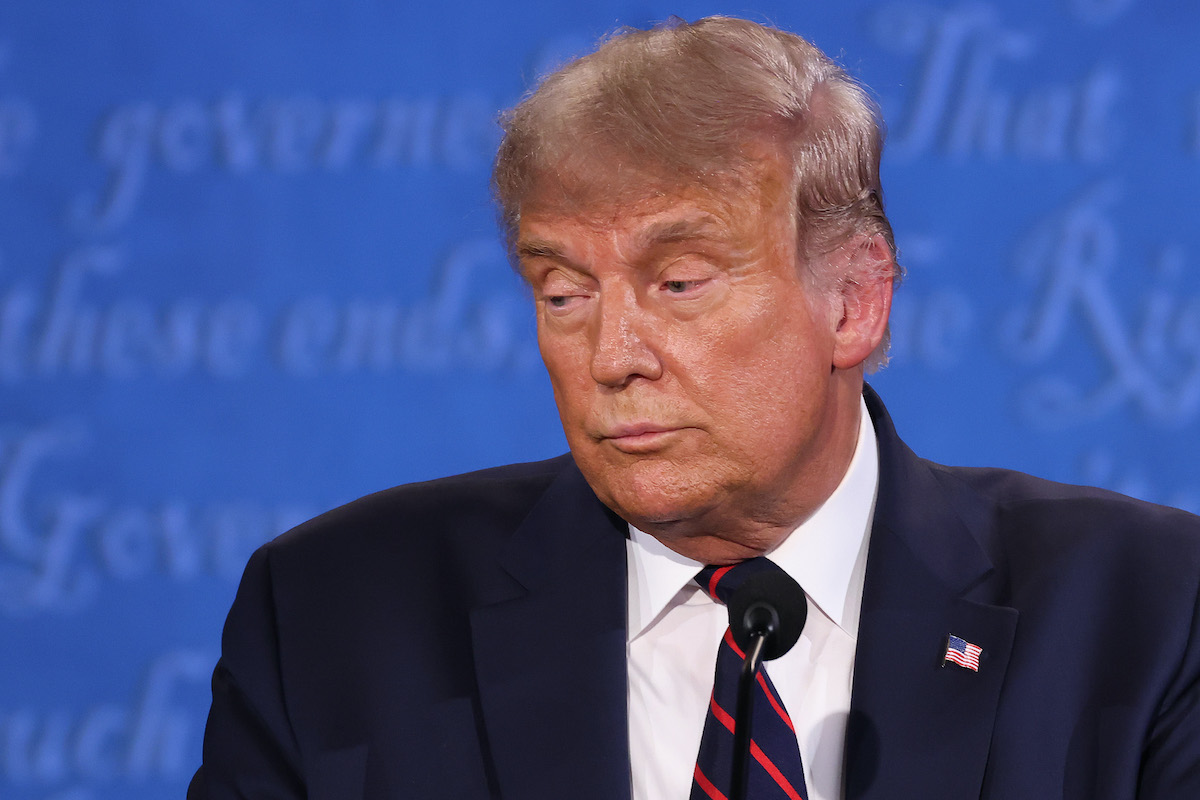 Donald Trump has been hinting that he might not participate in the presidential debate process since late last year, so when he actually did take the stage with Joe Biden earlier this week, I’ll admit I was a little surprised. It probably helped that that debate was hosted by Fox News, one of the only networks Trump even seems willing to speak to most of the time.

Now it looks like there’s a solid chance that might be the only debate Trump ends up doing, as he’s indicated that he might refuse to comply with any new rules being considered by the Commission of Presidential Debates.

Tuesday’s debate was full of softball questions that seemed to be tailored specifically to Trump. But even that wasn’t sycophantic for his liking. Trump and some other Republicans have been criticizing moderator Chris Wallace, claiming he showed favoritism for Biden because he didn’t cut Biden off as much, even though Wallace was just responding to Trump’s constant interruptions.

Trump tweeted that “Two on one was not surprising,” presumably meaning Wallace and Biden were ganging up on him. Ted Cruz tweeted about Wallace’s “bias,” implying he entered the role of moderator with “fake impartiality.”

If Trump’s plan was to do one debate hosted by a friendly network, and then manufacture an excuse not to do the rest while convincing his base it’s the Democrats’ fault, well, for one thing, he wasn’t doing a great job of concealing his intentions. But also, that excuse just fell right into Trump’s lap as the CPD announced Wednesday that they were considering changing some things about their format—a direct response to the disaster that was Trump’s performance.

“Why would I allow the Debate Commission to change the rules for the second and third Debates when I easily won last time?” Trump tweeted Thursday afternoon.

Why would I allow the Debate Commission to change the rules for the second and third Debates when I easily won last time?

Hold on, who decided Trump won? Who saw him refuse to condemn white supremacy, lie about voter fraud, and refuse to stay silent while anyone else was talking for more than 5 seconds and thought, yeah, that guy’s a real winner?

According to Trump … People. Polls. “Etc.”

I won the debate big, based on compilation of polls etc. Thank you!

Trump appears to be framing the CPD as being biased against him, as if they want to change the rules because he did too well, and not because it was an unwatchable mess.

The Trump campaign appears to be declaring war on the Commission on Presidential Debates in a call happening right now, describing it as biased against POTUS

The executive director of the CPD is a Republican who worked for Ronald Reagan and any news report about Trump’s dishonest attacks on it that doesn’t note this is, itself, dishonest. https://t.co/vQ5lwRPtvj

In theory, there are supposed to be two more debates between Trump and Biden—one town hall-style meeting on October 15 and the final debate on October 22. Kamala Harris and Mike Pence are slated to debate on October 7th. We’ll have to see, though.