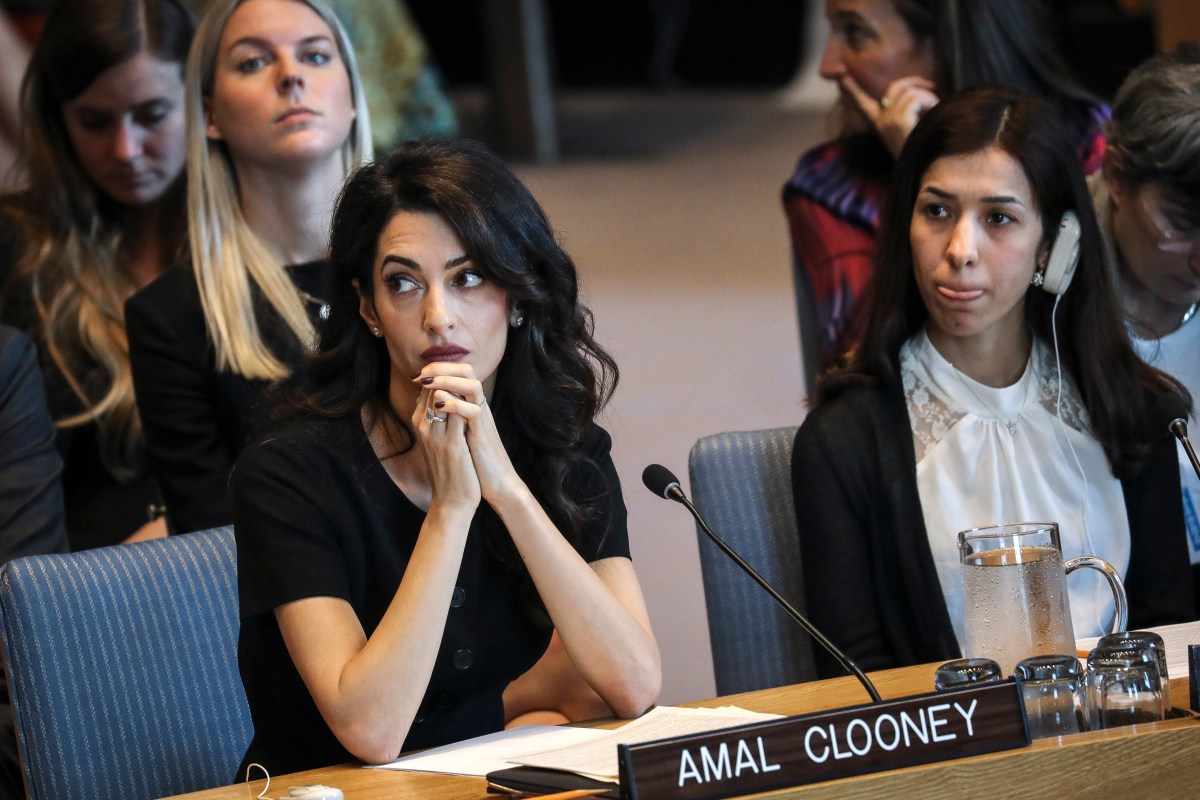 We’re over a year and a half away from the 2020 presidential elections, where (if we’re really lucky and don’t mess it up) the Democratic nominee will unseat Donald Trump from his cancerous presidency. But that’s a long 19 months, and in the interim we are stuck with the Trump administration dismantling rights and protections for women and LGBTQ people, piece by piece. Elections have consequences, and the last three years we’ve seen those consequences take devastating effect.

The first concerns an issue that impacts sexual assault and abuse survivors across the globe. Earlier this week, the UN Security Council proposed a resolution on sexual violence, aiming to reduce rape as a weapon of war and to provide health and humane services for the victims of assault. The US threatened to veto the resolution over mentions of “sexual and reproductive health,” considering the phrase a dog whistle for abortion.

It’s a hideously misguided assumption of course, courtesy of the virulently anti-choice administration that would rather see these essential services denied than even float the possibility of choice. Pramila Patten, the UN special representative on sexual violence in conflict, said “It will be a huge contradiction that you are talking about a survivor-centered approach and you do not have language on sexual and reproductive healthcare services, which is for me the most critical.”

This move breaks with America’s traditional stance, which has always favored a progressive approach that sided with the European members of the United Nations. In addition to eschewing any and all references to reproductive and sexual health, the administration has been attacking the use of the word “gender,” seeing it as protecting the rights of the transgender community.

Human rights lawyer Amal Clooney argued against watering down the language alongside human rights activist Nadia Murad, saying “This is your Nuremberg moment.” It’s a devastating and frightening reversal for women’s health and for victims of sexual violence and assault.

Jessica Neuwirth, of the Sisterhood Is Global Institute, released a statement saying “It is unthinkable and bizarre to see the US lining up with Russia and China to block efforts to strengthen the UN’s ability to effectively address rape in conflict and to provide sexual violence survivors with sexual and reproductive health services.”

That same antipathy and contempt for the LGBTQ community is thriving in our domestic policy as well. The Trump administration announced plans to roll back healthcare protections for trans people, making it easier for doctors, hospitals, and insurance companies to discriminate against trans patients. The reversal stems from a proposal by the Department of Health and Human Services, which aims to remove an existing law in Obamacare that prevents discrimination based on gender identity.

Much like their U.N. proposal, this law seeks to remove any language around gender and gender identity, which serves to chip away at trans rights and protections. Like the trans military ban, it is part of systemic effort to dehumanize the trans community. As with the ban, the ACLU stands ready to take the federal government to court and defend these protections. ACLU attorney Chase Strangio said, “To have the government take a stand in favor of discrimination is deeply upsetting …If the final rule looks like the proposal we are anticipating, we and our partners will file suit as soon as possible, We can expect many legal challenges to any final rule.”

Perhaps what is most upsetting about all of this is that, within another week, these stories will be swept away in another tidal wave of Trump nonsense and drama. We are being inundated with so many daily indignities and attacks on equality that it becomes overwhelming to process it all.

It’s critically important to be reminded of these oppressive decisions. While we may get caught up democratic primary infighting, I pray that we don’t subject ourselves to the circular firing squad of 2016. The stakes are way too high, and the future is too damn important to get in our own way.

It will take YEARS to undo the damage done by this hateful administration. Let’s not give them four more years to destroy all that we value.