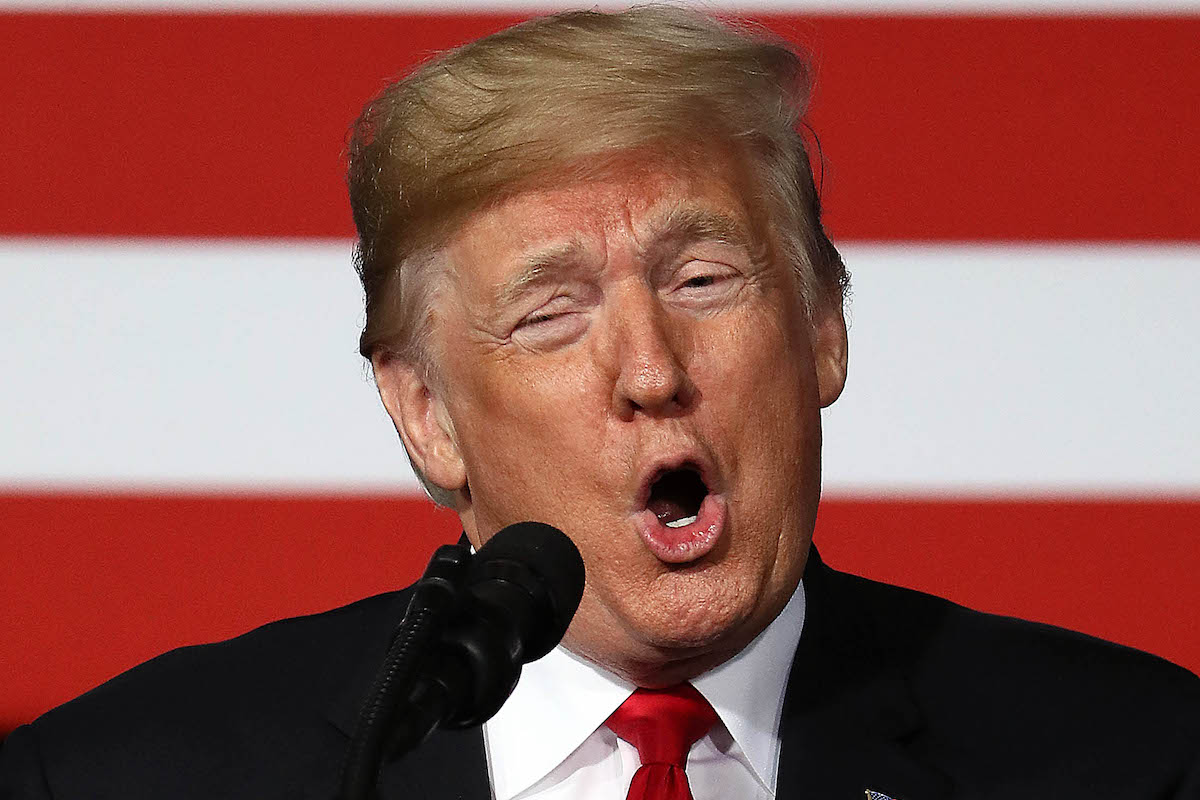 The Washington Post, which rates false statements on a scale of one to four “Pinocchios” (with a completely true statement being a Gepetto), notes that while all politicians can make uninformed or untrue statements, Trump’s lies and exaggerations are unique in that being called out as wrong does not stop him from continuing to say that same wrong thing over and over and over.

“Trump’s willingness to constantly repeat false claims has posed a unique challenge to fact-checkers,” they write. “Most politicians quickly drop a Four-Pinocchio claim, either out of a duty to be accurate or concern that spreading false information could be politically damaging.”

But, they continue, “Not Trump. The president keeps going long after the facts are clear, in what appears to be a deliberate effort to replace the truth with his own, far more favorable, version of it. He is not merely making gaffes or misstating things, he is purposely injecting false information into the national conversation.”

Trump definitely understands the persuasive power of propaganda. He states lies, which many people know are lies, but they’re things his base wants to be true, things that make him look good and his enemies foolish. And the way that he says them—pithy, all-caps, with alliterative, demeaning nicknames for individuals or blanket insults for the Democratic Party—stick in people’s minds, especially when repeated ad nauseam. Trump is a TV man and as such, he likes a catchphrase. Build the wall, no collusion, biggest tax break in history, etc. etc.

Trump uses this method of deliberate, targeted lies so often, the Post had to invent a whole new category in their fact-checking: the Bottomless Pinocchio.

To earn a bottomless Pinocchio, the statement in question has to have earned a rating of three (“Significant factual error and/or obvious contradictions”) or four (just described as “whoppers”) Pinocchios, and Trump has to have repeated the claim at least 20 times. For a politician to repeat a blatantly false statement that many times, you cannot deny that “they are, in effect, engaging in campaigns of disinformation.”

Here are some of the Bottomless Pinocchios Trump has earned so far and how many times he’s repeated them.

Over at The Washington Post’s website, they’ve got an interactive list of Trump’s Bottomless Pinocchios and honestly, it’s pretty terrifying to see them all in one place.