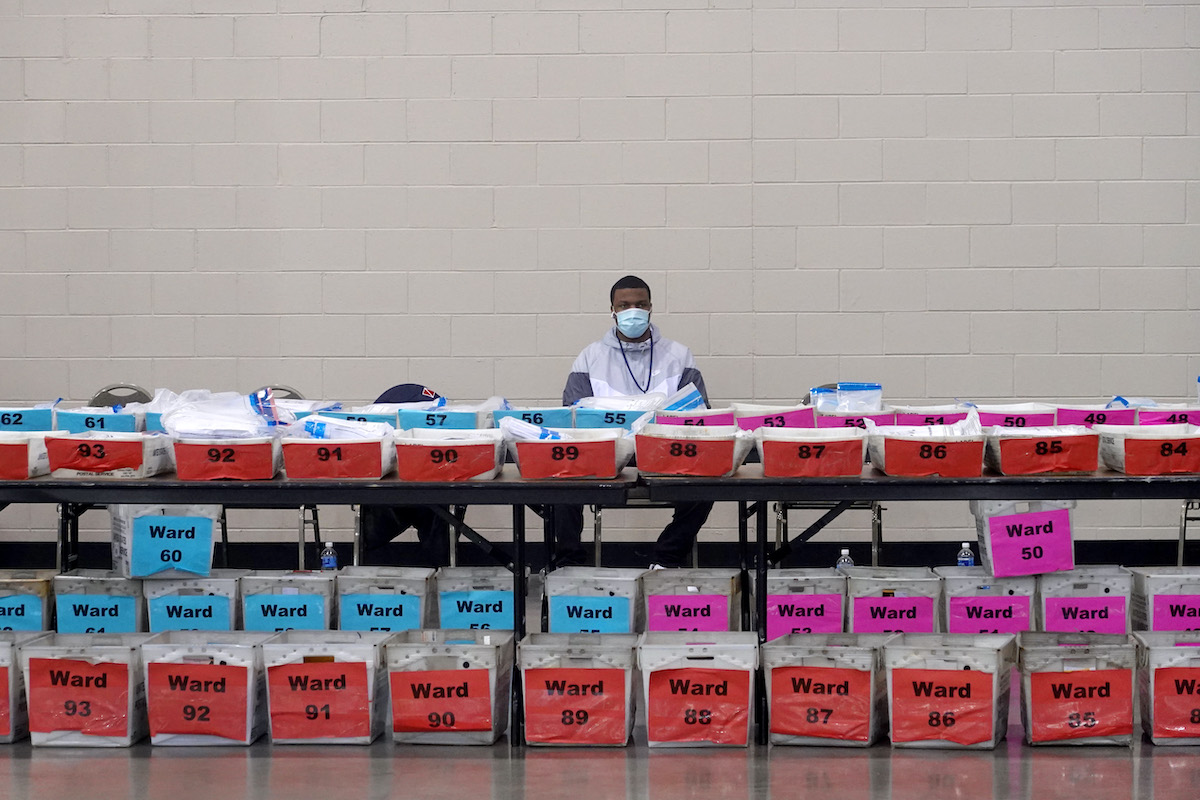 Donald Trump’s reelection campaign has filed more than 30 lawsuits in an attempt to steal an election he has very clearly lost. The goal is to throw out as many ballots as possible—specifically from those who voted early or by mail, since most of those voters tended to favor Joe Biden. (As tends to happen when you spend months convincing your supporters not to do that.)

Jim Troupis is a former judge and the attorney currently heading up Trump’s legal battle in Wisconsin. The campaign demanded a recount in two counties in the state and it’s not going well for them. As of Tuesday morning, Trump had picked up a net gain of only 57 new votes in a state that went to Biden by more than 20,000 and nearly 400 new, previously uncounted votes have also been discovered. But Trump’s team is attempting to use the recount to throw out tens of thousands of votes that they’ve declared to be illegal.

One of the types of ballots they’re trying to have thrown out are all those cast early and in-person. Which is exactly how Troupis and his wife voted. Meaning Trump’s lawyer is trying to have his own vote deemed illegal.

According to the Milwaukee Journal Sentinel, Troupis “would not answer questions about why he and his wife voted that way.”

Most of Trump’s lawsuits have already been dismissed, mostly because they keep failing to provide any evidence whatsoever to back up their claims of fraud, and it’s likely this one will go the same way. But in the meantime, they’re committed to wasting as much time and resources as possible.

Descriptions of the recount process sound absolutely miserable. In Madison and Milwaukee, the process is taking place in giant convention halls, where hundreds of election workers are counting ballots by hand while observers watch over them.

There have been reports of Trump-supporting observers being “unruly” and antagonistic, bombarding the workers with pointless questions. Some have been removed for refusing to comply with the mask mandate while others are complaining about safety measures like having to remain three feet away from the workers and behind plexiglass barriers.

The only upside to all of this is that we get to keep seeing Joe Biden win this election over and over again.