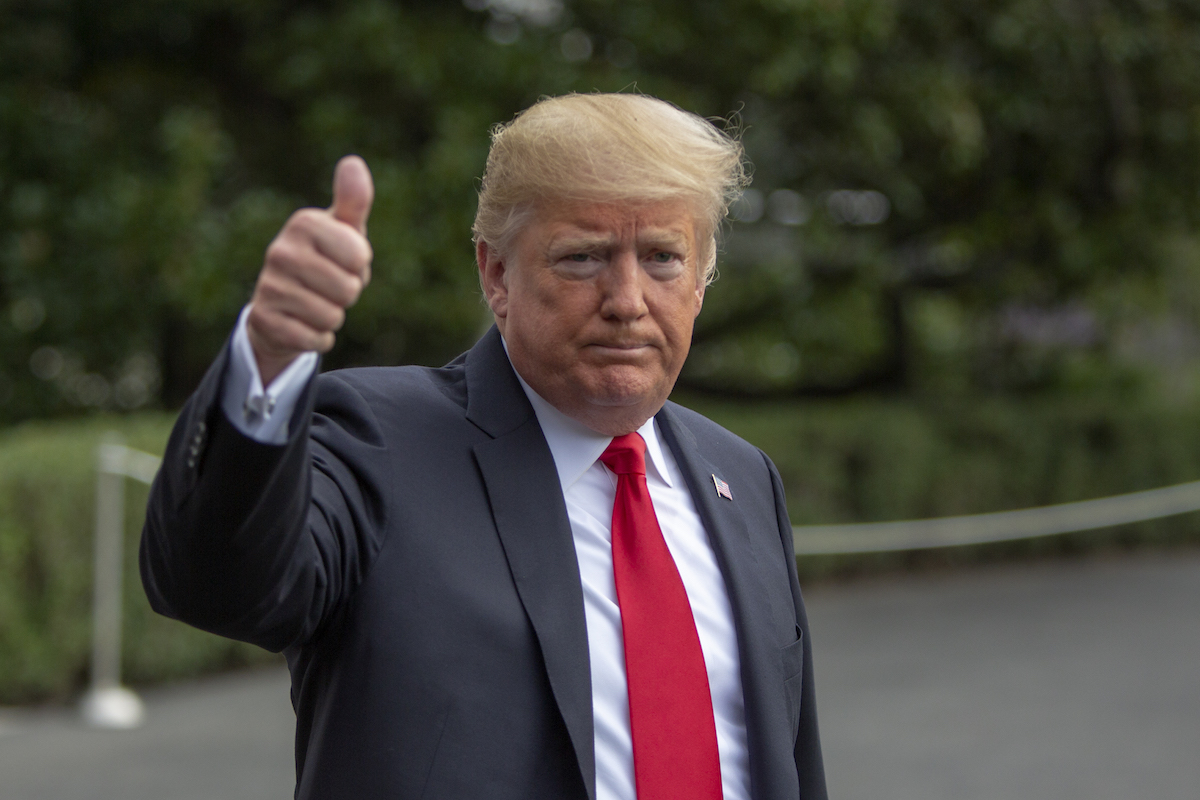 Today is the second Columbus/Indigenous People’s Day since Donald Trump took office, and for the second year in a row, Trump has issued an official presidential proclamation for the holiday that fails to even mention the existence of Native Americans.

This morning, Trump tweeted out a link to the proclamation along with the message, “Christopher Columbus’s spirit of determination & adventure has provided inspiration to generations of Americans. On #ColumbusDay, we honor his remarkable accomplishments as a navigator, & celebrate his voyage into the unknown expanse of the Atlantic Ocean.”

Christopher Columbus’s spirit of determination & adventure has provided inspiration to generations of Americans. On #ColumbusDay, we honor his remarkable accomplishments as a navigator, & celebrate his voyage into the unknown expanse of the Atlantic Ocean. https://t.co/Mg3dxRfPuN

This doesn’t have to be the slightest bit surprising (because it’s not) to be totally disappointing and infuriating.

Christopher Columbus did not discover America. He never set foot in North America. He thought he’d landed in Asia, not the Americas (hence why America is named for Amerigo Vespucci). He was tyrannical and committed atrocities against indigenous populations and Spaniards. https://t.co/smOq9dpWW4

Christopher Columbus was a murder, rapist, & even committed genocide. He never stepped foot in North America, he was too busy pillaging the Caribbean which btw he thought was India the entire time. Also he didn’t even prove the earth was round, it was already known at the time. https://t.co/I8U0eMuRMK

Columbus Day is when ppl who think immigrants are thieves, rapists & murderers get to celebrate an immigrant who thieved, raped & murdered.

When your POTUS is a white supremacist. https://t.co/ZE4OtlS4tz

By contrast, in his 2016 proclamation, President Obama made specific mention of the history of violence and tragedy that Trump ignored.

“As we mark this rich history, we must also acknowledge the pain and suffering reflected in the stories of Native Americans who had long resided on this land prior to the arrival of European newcomers,” he wrote. “The past we share is marked by too many broken promises, as well as violence, deprivation, and disease. It is a history that we must recognize as we seek to build a brighter future — side by side and with cooperation and mutual respect. We have made great progress together in recent years, and we will keep striving to maintain strong nation-to-nation relationships, strengthen tribal sovereignty, and help all our communities thrive.”

Oh, and Obama also acknowledged that Columbus’ “discovery” of the Bahamas was a mistake, something Trump would never do because his favorite defense is claiming “I meant to do that all along” and then blaming the media for blowing the thing out of proportion. Amazing how little has changed in 400 years.

Anyway, here’s Trump boarding Air Force One with toilet paper or something stuck to his shoe, which he definitely meant to do.

This video of President Trump with toilet paper on his shoe is 100% real. He was boarding Air Force One in Minneapolis earlier today. pic.twitter.com/wr0ZnXknCx