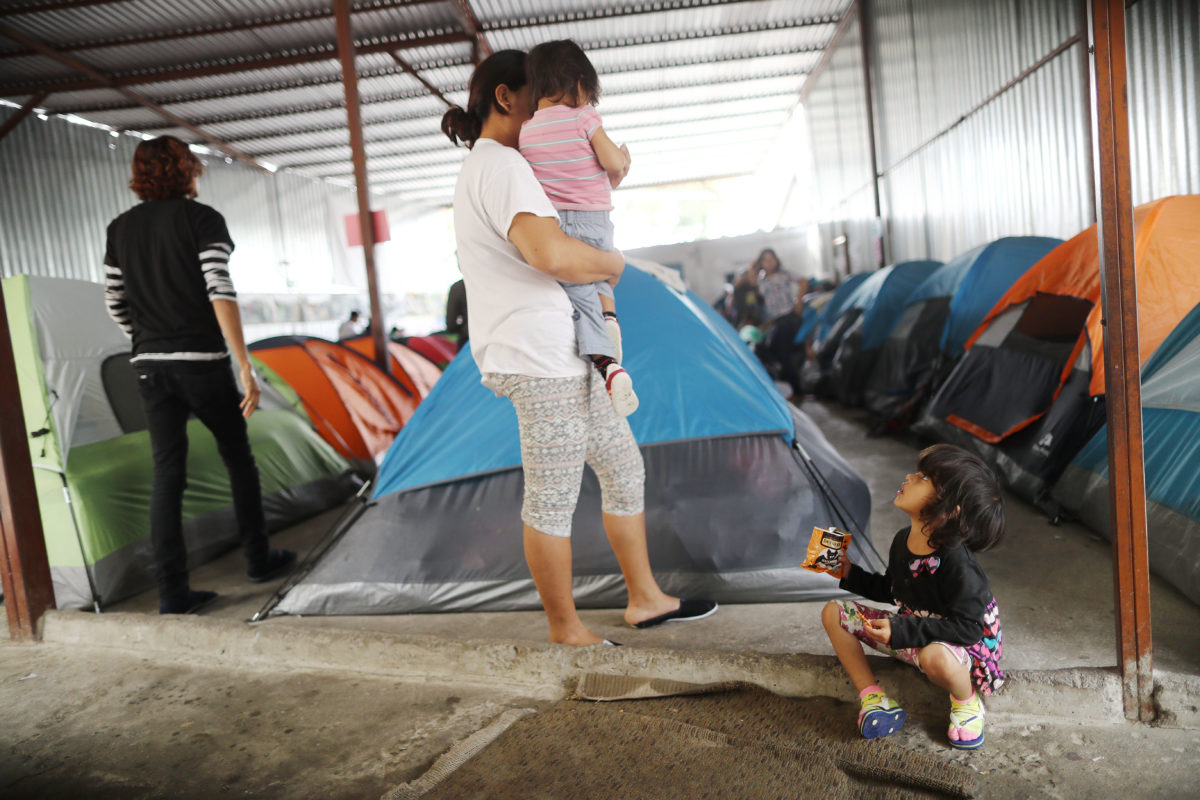 The Trump administration is using a former WWII Japanese internment camp to detain migrant children, in what is the most apt metaphor for their cruel and inhumane child separation policy. Fort Sill, an army base in Oklahoma, will be housing 1,400 children until the children can be reunited with a relative.

The move comes after reported instances of overcrowding, with Fort Sill being used as a “as a temporary emergency influx shelter”. In the first four months of 2019 alone, the U.S. Department of Health and Human Services has detained about 40,900 children, a 57% increase from 2018. At least seven children have died while in U.S. custody.

The overcrowding and criminal negligence is all thanks to Trump’s “zero tolerance” immigration policy presses criminal charges against anyone illegally crossing the border. As a result, HHS and border patrol have been tasked with detaining an unprecedented amount of immigrants, straining and already weak and inefficient system and placing children and adults in in overcrowded and unsanitary makeshift camps.

The use of Fort Sill as a detainment camp serves as a stark reminder of America’s shameful history, where the government forcibly removed and imprisoned 120,000 Japanese-Americans during World War II. This knee-jerk response to the attack on Pearl Harbor remains one of the most haunting and damning civil rights violations in our country’s history.

In addition, the Trump administration is rolling back so-called luxuries for detained children, with HHS releasing a statement that they will “begin scaling back or discontinuing awards for U.A.C. (unaccompanied minor) activities that are not directly necessary for the protection of life and safety, including education services, legal services, and recreation.” This means access to English lessons, meeting with a legal aid, and outside recreational activities.

This week saw several art installations pop up in protest of child detention. The No Kids in Cages installations appeared all over New York City, depicting caged children wrapped in foil blankets while audio recordings from detainment centers played through speakers. The installations are part of a collaboration with ad agency Badger & Winters and RAICES, a Texas non-profit for immigrants and refugees.

RAICES executive director Jonathan Ryan released a statement saying, “The litmus test of any society is how it treats children. By normalizing the detention of children in cages, we’re only going further down the path of forsaking the rights of all children.”

Cops have been dismantling the artworks, but the images have taken over social media with #NoKidsinCages trending. Many took to Twitter to spread the hashtag and to condemn Trump for his treatment of detained children.

Walking by is no longer an option. This is happening right now.
Kids at our border are still being ripped from parents and locked up in cages.
We must act. Sharing is an act of protest. #KeepFamiliesTogether #NoKidsInCages pic.twitter.com/tydbuJl7kh

“Today in NYC, look for these installations that are bringing attention to and representing the living conditions of our children who are being imprisoned.” – Brown Issues

It is 2019, and the US Government has stolen over 3,000 children from their parents.#NoKidsInCages
Domingo pic.twitter.com/WMrIy5ApQX

Anne Frank would be 90 years old today. We owe her, and the millions more who perished, infants to the elderly, to never forget their stories. We must teach future generations about the murderous horrors of the Holocaust and the danger of seeing fellow human beings as “others.”

Disturbed crowd at Broadway & Lafayette while 4 cops with sticks prod what look likes a thermal blanket-wrapped body inside of a cage chained to the sidewalk. Eventually manage to remove wig to confirm it’s not a real child. Guerilla installations by @RAICESTEXAS #nokidsincages pic.twitter.com/QQbW8GkCyX

Where is the American outcry over the inhumane crisis at our border? We are here today to demand the #TrumpAdministration stop hurting immigrant families! #NoKidsInCages #NoPublicChargeRule @HispanicCaucus @CAPAC @TheBlackCaucus pic.twitter.com/BzQ1EF4dHZ

We will look back at this moment in time and ask ourselves what we did to put a stop to these horrific, inhumane policies. Speak up. Speak out. Be on the right side of history. https://t.co/cnm4ME5IVw