Or: Why everyone hates us now. 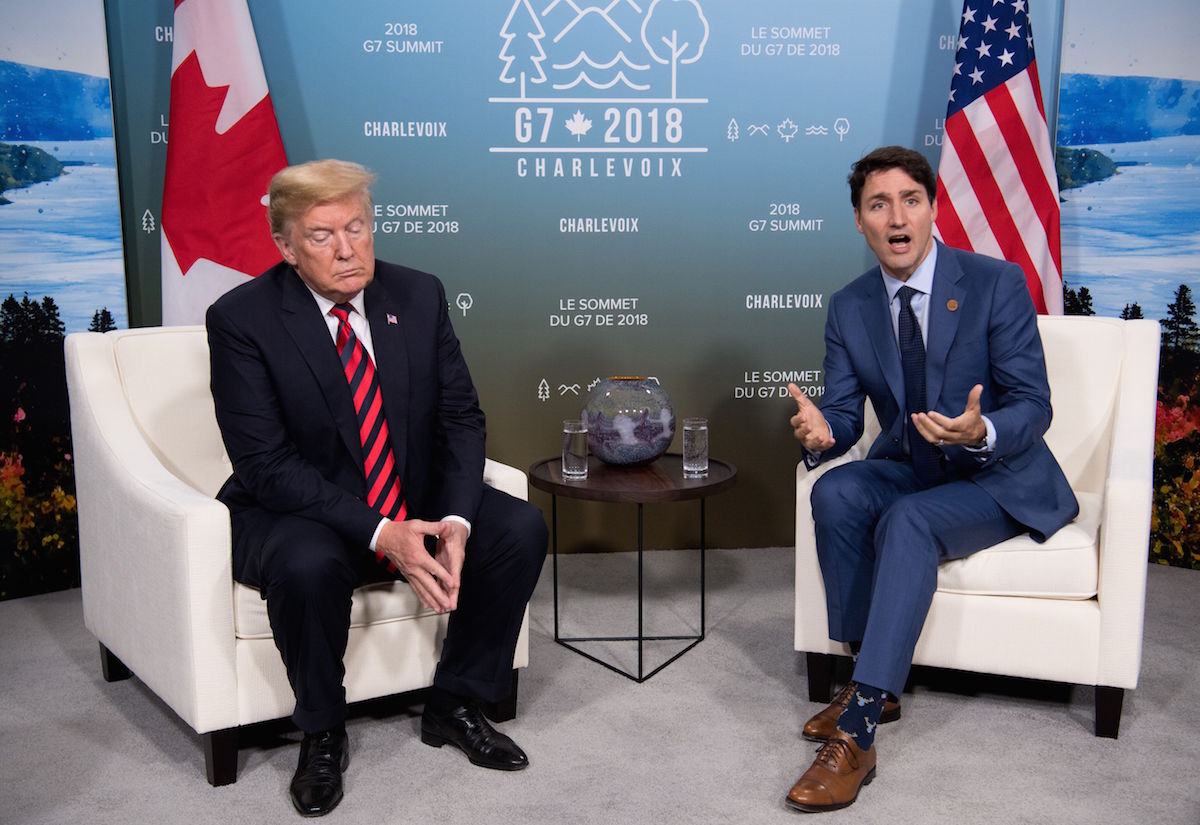 This weekend the annual G7 summit, the meeting of seven world leaders to discuss global issues, was held in La Malbaie, Quebec, Canada. As you may have heard by now, it did not go well.

Trump tweeted multiple times ahead of the summit that he would be focused on “unfair” tariffs and trade practices. Once there, he cancelled meetings, skipped a bunch of sessions and arrived late to others (including a breakfast dedicated to women’s empowerment and gender equality, which he disrupted by entering after it had started). Basically, if it didn’t have to do with trade, he wasn’t interested.

Trump seems determined to alienate the U.S.’s allies by pushing a trade war, calling out Canada’s high tariffs on dairy, even though this year he has imposed his own high tariffs on steel, aluminum, solar products, and more. Talks around trade were reportedly tense, with Trump threatening to end all trade if other world leaders didn’t comply with his demands.

#G7 trade discussion yesterday. I understand that Trump presented a list of grievances, listing what each country, one by one, owed the US – trade deficits, tariffs, defence and so on. Basically, a live performance of his Twitter threads.

The source described Trump as a “whirlpool”, “out of control”.

The whole thing can pretty much be summed up with this picture, which was released by German Chancellor Angela Merkel’s office:

No doubt, Trump’s supporters will view his body language there as deliberately defiant. To the rest of us, it looks like a smug toddler being scolded by the grown-ups in the room.

Eventually, Trump was convinced to sign a mutually beneficial trade agreement among the seven world leaders. But then he left the summit early in favor of heading to North Korea, and once onboard Air Force One, he let out a tweet storm, withdrawing his support for the agreement and feigning hurt feelings over some of Trudeau’s comments in an earlier press conference. Those comments weren’t anything Trudeau hadn’t already been saying. He called Trump’s claim that America’s tariffs on steel and aluminum were an issue of national security “kind of insulting,” a feeling that was backed up by other leaders as well. And he said of Canadians, ever the Hufflepuffs, “We’re polite, we’re reasonable, but we also will not be pushed around.”

Based on Justin’s false statements at his news conference, and the fact that Canada is charging massive Tariffs to our U.S. farmers, workers and companies, I have instructed our U.S. Reps not to endorse the Communique as we look at Tariffs on automobiles flooding the U.S. Market!

According to the New York Times, Trump’s top economic advisor, Larry Kudlow, called Trudeau’s remarks a “betrayal,” and that Trump’s reaction likely had to do with maintaining a show of show of strength as he heads to North Korea.

So…per the White House, Trump is insulting the prime minister of Canada because he wants to impress Kim Jong Un.

So on the list of things Trump doesn’t care about, as exemplified this weekend, we have climate change, oceans, clean energy, and women. Things he does care about: making trade with our allies a zero-sum game (and subsequently winning that game). Oh, and Russia. He spent much of the summit pushing for the re-inclusion of Russia and the reestablishment of the G8. As he left the White House to head to Canada Friday, he told CNN, “Russia should be in this meeting. They should let Russia come back in, because we should have Russia at the negotiating table.”

Russia was suspended from the group in 2014 after illegally annexing Crimea, something Trump oddly blames on … President Obama.

So there you have it. Our foreign allies hate us–including Canada, which doesn’t hate anyone–but Trump’s making new friends in Vladimir Putin and Kim Jong-un.