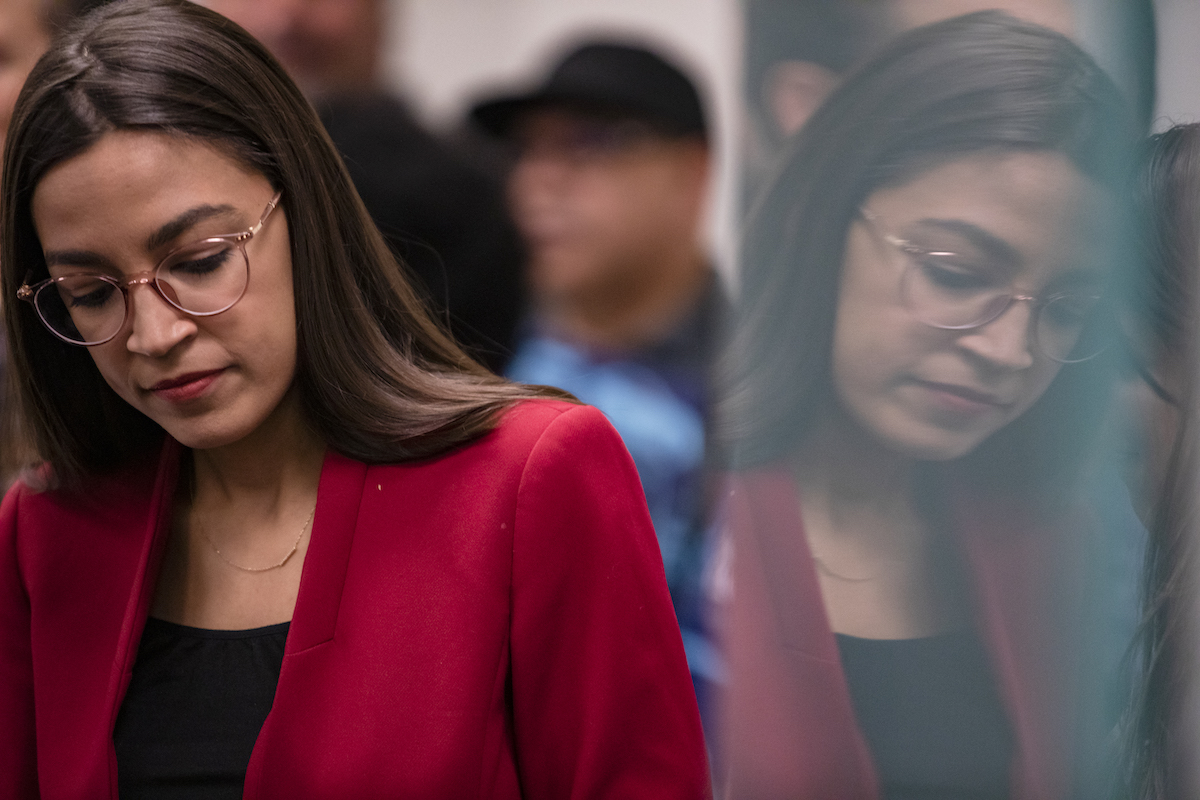 Donald Trump said a lot of weird, insulting things during last night’s presidential debate, including bringing up Congresswoman Alexandria Ocasio-Cortez when criticizing Joe Biden’s climate plan. When speaking about her, Trump used the nickname AOC, and “AOC plus three” to refer to the squad of progressive freshman lawmakers: Ocasio-Cortez, Ayanna Pressley, Ilhan Omar, and Rashida Tlaib.

Trump called Biden’s climate plan an “economic disaster” and said that it was “developed” by “AOC+3.” Trump loves bringing up the Green New Deal, co-written by AOC and Senator Ed Markey, as a scaremongering tactic. While Biden has said that he used the plan as a framework for his own, it’s not the same. But Trump likes to say that Biden wants to implement Ocasio-Cortez’s plan, as if that makes him some sort of scary progressive, rather than just someone who accepts basic science.

It’s actually AOC plus 115 because that’s how many House and Senate members have cosponsored the most ambitious climate legislation in American history.

If someone told me 3 years ago, while I was waitressing to help my family stay afloat, that in a few short years an unhinged President of the United States would be repeatedly saying my name at the 2020 debate, I would’ve brought them some water and told them to sober up.

Ocasio-Cortez took notice of Trump’s name-dropping, and specifically his decision to use her nickname.

“I wonder if Republicans understand how much they advertise their disrespect of women in debates when they consistently call women members of Congress by nicknames or first names while using titles & last names when referring to men of = stature,” she wrote. “Women notice. It conveys a lot.”

I wonder if Republicans understand how much they advertise their disrespect of women in debates when they consistently call women members of Congress by nicknames or first names while using titles & last names when referring to men of = stature.

Women notice. It conveys a lot.

She also clarified that she doesn’t mind the AOC nickname, it’s just not what Trump should be calling her, especially in this context.

AOC is a name given to me by community & the people. Y’all can call me AOC.

Government colleagues referring to each other in a public or professional context (aka who don’t know me like that) should refer to their peers as “Congresswoman,” “Representative,”etc. Basic respect 101

Ocasio-Cortez called Mike Pence out for doing the same thing during the vice presidential debate earlier this month.

For the record @Mike_Pence, it’s Congresswoman Ocasio-Cortez to you.

“AOC” is one of the least insulting nicknames Trump uses to refer to Democratic politicians but it’s still inappropriate here. Even more derisive, though, is his insistence on referring to three sitting Congresswomen, all women of color, as “plus three.” It’s so dismissive of them not just as sitting members of Congress, but as individual human beings.

But as usual, Ocasio-Cortez was able to flip Trump’s insults around into a win for her. I don’t know what Trump meant when he said she has “a good line of stuff” but she took the opportunity to plug some absolutely gorgeous merch.