No, Trump Did Not Just “Make Judaism a Nationality” 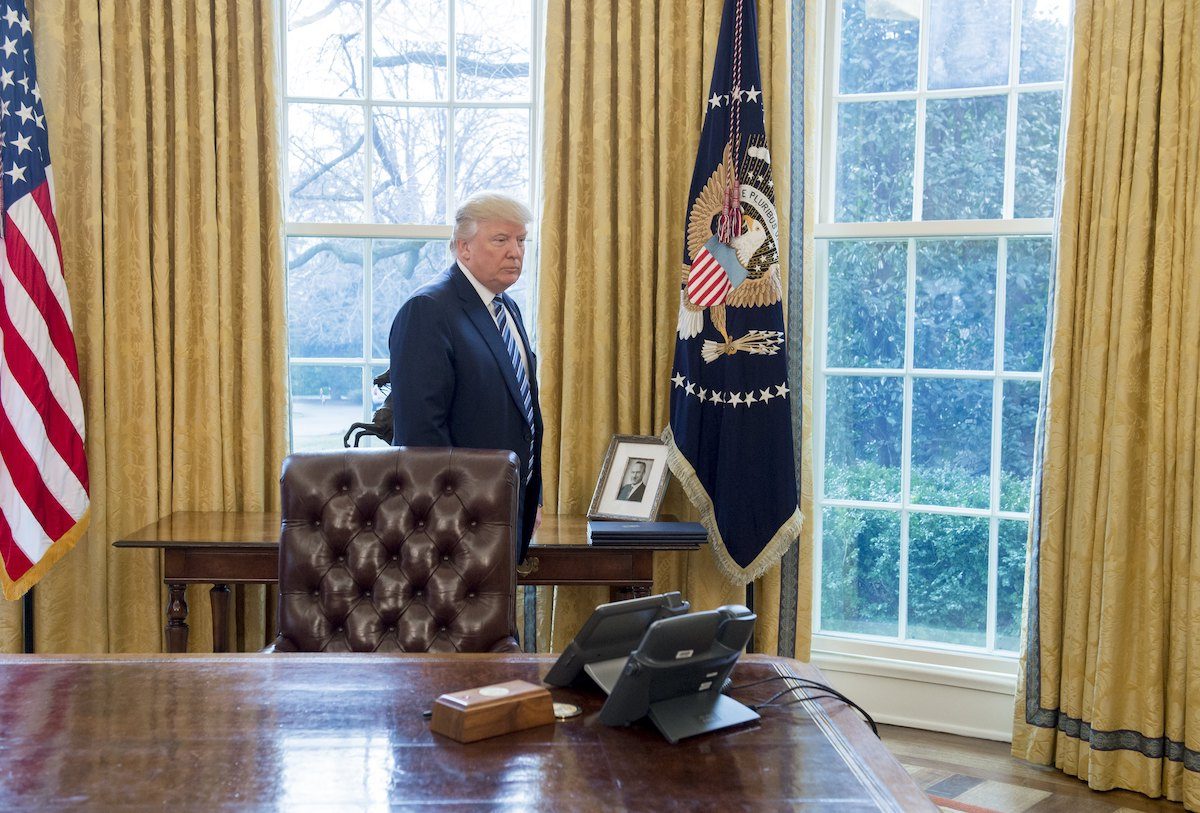 Twitter went wild last night thanks to a tweet from the New York Times political section that began “President Trump will sign an executive order defining Judaism as a nationality…” The reaction to that single clause ranged from horror to outrage as many compared Trump to Hitler and wondered aloud if Jews were still considered American and if this was the first step in something more sinister.

President Trump will sign an executive order defining Judaism as a nationality, not just a religion, thus bolstering the Education Department’s efforts to stamp out “Boycott Israel” movements on college campuses https://t.co/0avw7eseMc

As you might guess, that tweet was a misstatement of a move by the White House: an executive order that will expand the protections of Title VI of the Civil Rights Act of 1964 to apply to Jewish people. However, due to awful precedents of history and the potential for the move to crush free speech and dissent where Israel is concerned, it’s understandable why many responded with such vehement opposition.

As Trump plans to sign an executive order classifying Judaism as a race or nationality, remember that in Hitler’s first written comment in 1919 on the so-called Jewish Question, he likewise defined the Jews as a race and not a religious community.

It’s also your reminder that many many Jews have absolutely no connection to Israel whatsoever and do not support their treatment of the Palestinian people so immediately equating Jews with Israel and asking all Jews to answer for Israel is *antisemitism.*

this is obviously profoundly antisemitic with sinister precedents

but please PLEASE don’t sidebar the fact that this is being done to crush Palestinian dissent https://t.co/ZjlzZcT28x

Title VI of the Civil Rights act governs federal aid to colleges, and unlike other sections of the civil rights act that cover religion as a protected class, the statute only lists “race, color, or national origin.” This section of the act is actually very small and has been added to and expanded by executive order by several presidents who did not want to wait on Congress to amend the law.

According to the Washington Post: “The law does not cover religious discrimination, so defining Jews as a national group is necessary if the agency is to have jurisdiction over incidents in which anti-Semitism is alleged.”

What the forthcoming executive Order will do is clarify that for the purposes of Title VI, Judaism as a race or nationality.  According to the actual write up of this by the New York Times this move was prompted by what the Trump administration sees as anti-Semitism on college campuses.  “In recent years, the Boycott, Divestment and Sanctions — or B.D.S. — movement against Israel has roiled some campuses, leaving some Jewish students feeling unwelcome or attacked,” writes the Times. (B.D.S. has wide-ranging support on many fronts, including from Congresswomen Rashida Tlaib and Ilhan Omar.)

As Reason points out, this is an incredibly complicated topic, and Trump’s move has long been championed by the right-wing—while many American Jews are actively opposed to connecting criticism of Israel to Anti-Semitism:

Trump supporters claim the order is needed to protect Jewish college students in the U.S. from anti-Semitism.

But tying Judaism to Israel (and anti-Semitism to criticism of Israel) is something many American Jews reject, despite strong support for such intimate linkage in establishment and right-leaning political circles.

So the origin of this law is pro-Isreal and anti-Palestine posturing. Why isn’t Trump just adding religion to the law? For the same reason that sex isn’t included as a protected class here; religious and single-sex colleges exist and barring funds to colleges that only admitted, for instance, Christians or women would be tricky. Also, executive orders are very limited. They can’t amend laws, just interpret it and even then the courts have the final word on if that interpretation is correct.

To be clear, Donald Trump is not a good president for minorities, but no President has the power to unilaterally declare something a nationality, full stop. This move is about the executive branch saying they are going to interpret a certain law a certain way to apply to Jewish people, ostensibly to prevent discrimination.

As tempting as it is to assume the worst, the Trump administration is not saying Jews aren’t American, just that this non-discrimination law applies to them as much as it does to Black or Mexican Americans. It’s a narrow and specific thing, and it’s a shame that this one very bad tweet has caused such fear and panic. Trump is so bad, and things are so terrible that we assume the very worst, but we haven’t actually gotten there yet. For many, however, this is a move that has eerie and threatening echoes out of history, and it does not seem to be in service of a positive agenda.

the main thing you need to know about Trump’s executive order is that he is using Jews as fodder to go after the Palestine solidarity movement, which hurts both communities and helps billionaire donors and weapons manufacturers who don’t want lasting peace & justice in the region

The specific intent here may be a worthy one, but “effectively interpret Judaism as a nationality” is the way Jews were discriminated against in the Soviet Union, not protected. “Othering” is the term today, I believe. https://t.co/dBl1s3pjDI

Unless the administration changed the executive order on anti-Semitism at the last minute, it seems like we had a national Twitter freakout yesterday over bad reporting. Not great. https://t.co/AsQ2UFGw3d