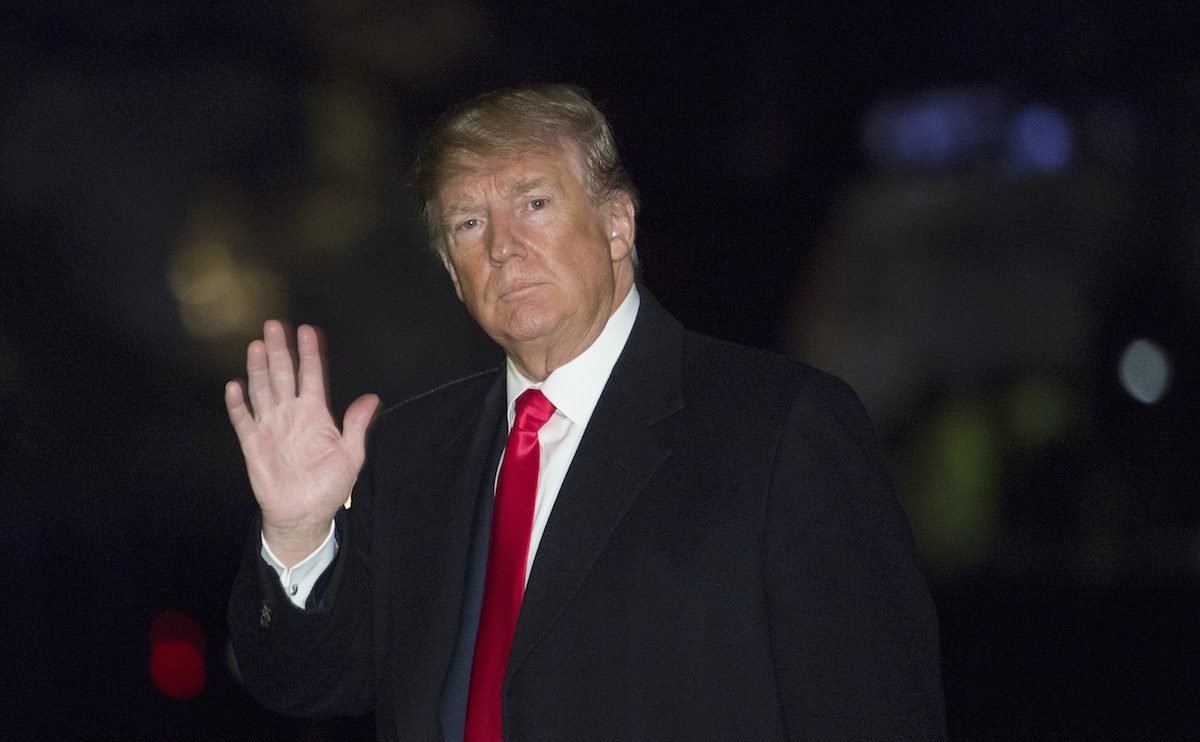 “There must be consequences – perhaps loss of citizenship,” Donald Trump has previously threatened over NFL players’ simple act of protest—the kind of statement most people write off as not entirely serious. Trump loves that, because he can say anything he wants, and if too many people object, he can just say it was a joke. Make no mistake: He would absolutely strip people’s citizenship for whatever reason he liked, if he thought he could get away with it. It’s not the fact that it would just be a horrible thing to do that’s stopping him.

So, it’s no wonder that efforts to deny passports to, and strip citizenship from, U.S. citizens along Texas’s border with Mexico have been ramped up. As Trump supporters—and those who are taken in by such arguments—will eagerly tell you, this is not actually a new initiative. According to The Washington Post, the government found out back in the’90s that some midwives delivering babies along the border falsified babies’ birth documentation to claim they were born in the United States when they were actually born in Mexico.

That led to passport denials to citizens born under those circumstances throughout the George W. Bush and Barack Obama presidencies, despite the fact that those same midwives also delivered “thousands” of babies in the United States, and it’s virtually impossible to tell the difference between real and fake documentation. Of course, that’s entirely beside the point when considering that it’s silly to be so concerned about which side of an imaginary line a baby was born on, when all that concern will do is hurt people. Literally no good can come of it.

But still, WaPo reports that the Trump administration has ramped these efforts back up, after a 2009 American Civil Liberties Union lawsuit caused them to taper off: “In some cases, passport applicants with official U.S. birth certificates are being jailed in immigration detention centers and entered into deportation proceedings. In others, they are stuck in Mexico, their passports suddenly revoked when they tried to reenter the United States.”

That’s chilling. When I applied for my first passport a few years ago, the birth certificate I had—the one I’ve been using as official documentation for my whole life—wasn’t good enough. I had to physically go to the city in which I was born and get a lengthier, more official version, because of … reasons? (Can’t wait for the birthers to come after me.)

Anyway, the point is that it’s incredibly frustrating to have to prove that you are who you are, and jump through difficult hoops to do it—and my own situation was relatively low stress. The idea of not having any better “proof” and facing deportation as a result is absolutely terrifying.

WaPo details the case of a 40-year-old U.S. citizen, who served in the army for three years, but has been denied a passport, with the State Department questioning his citizenship and asking for proof in the form of documentation I know for sure that I wouldn’t be able to dig up if I had to prove my own citizenship: “evidence of his mother’s prenatal care, his baptismal certificate, rental agreements from when he was a baby.”

He, however, reportedly did manage to find some of that documentation, and still received a denial from the State Department. Others are even facing deportation proceedings. Though the State Department denies any change in policy, lawyers helping people with such cases told WaPo that they’ve seen an alarming increase in clients lately, and that some of the people who have been targeted were delivered by doctors not among the aforementioned midwives.

Did Donald Trump personally order this specific effort to be bolstered once again? It doesn’t matter. What’s important is that it’s part of the racist, us-vs.-them atmosphere he brought into the White House with him, and that has never been unclear. Whether or not he was personally involved in each and every decision, this is what comes of supporting him, and continuing to support him will only make it worse.