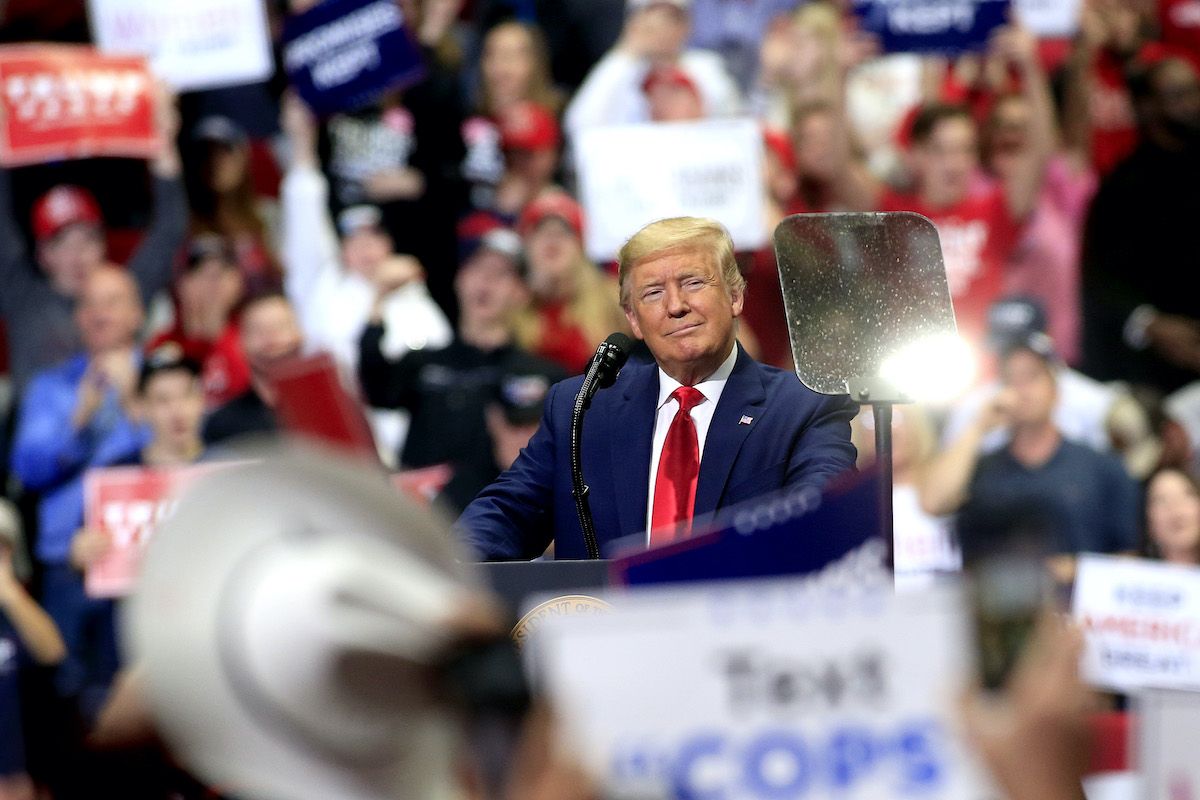 On Monday, Rep. Jim Jordan took to Twitter to feign (at least I hope he was feigning) indignant confusion over the “double standard” of criticism aimed at Donald Trump’s plan to resume his in-person campaign rallies, when, as he sees it, the recent protests against police brutality don’t receive the same condemnation from the media.

Why the double standard? https://t.co/PynjNI1RKr

Normally, I would love to just ignore Jordan, Ohio’s worst anti-woman, anti-worker, accused sexual assault enabler currently working in Washington. But then Donald Trump retweeted Jordan and added his own accusation that the media is trying to “Covid shame” him and his supporters.

The Far Left Fake News Media, which had no Covid problem with the Rioters & Looters destroying Democrat run cities, is trying to Covid Shame us on our big Rallies. Won’t work!

I mentioned that I hope Jordan and Trump and all the others pushing this question are feigning ignorance because the answer is beyond obvious to anyone approaching not from a completely bad-faith perspective.

On the most basic, logistical level, there’s the fact that Donald Trump tends to hold his rallies in crowded indoor arenas, where the coronavirus is likely to spread. Not only do the vast majority of the Black Lives Matter protests happen outdoors, but the protesters are overwhelmingly choosing to wear masks and socially distance whenever possible.

That might account for the growing amount of evidence that the protests are not responsible for furthering the spread of the virus.

On a human level, the protesters are fighting for a cause that they are willing to risk their health and safety for. They’re standing up to an oppressive system of policing that refuses to address decades of murders of people of color. Between some officers finally being charged with these deaths and a few cities finally discussing defunding and dismantling their police forces, they also maybe see those systems starting to show some cracks and they aren’t going to back down at this crucial moment.

What is Trump fighting for? The ability to fill an arena with a couple thousand white people and yell about Democrats trying to take away their haircuts and happy hours?

It says a lot about a person if they can’t see the difference.