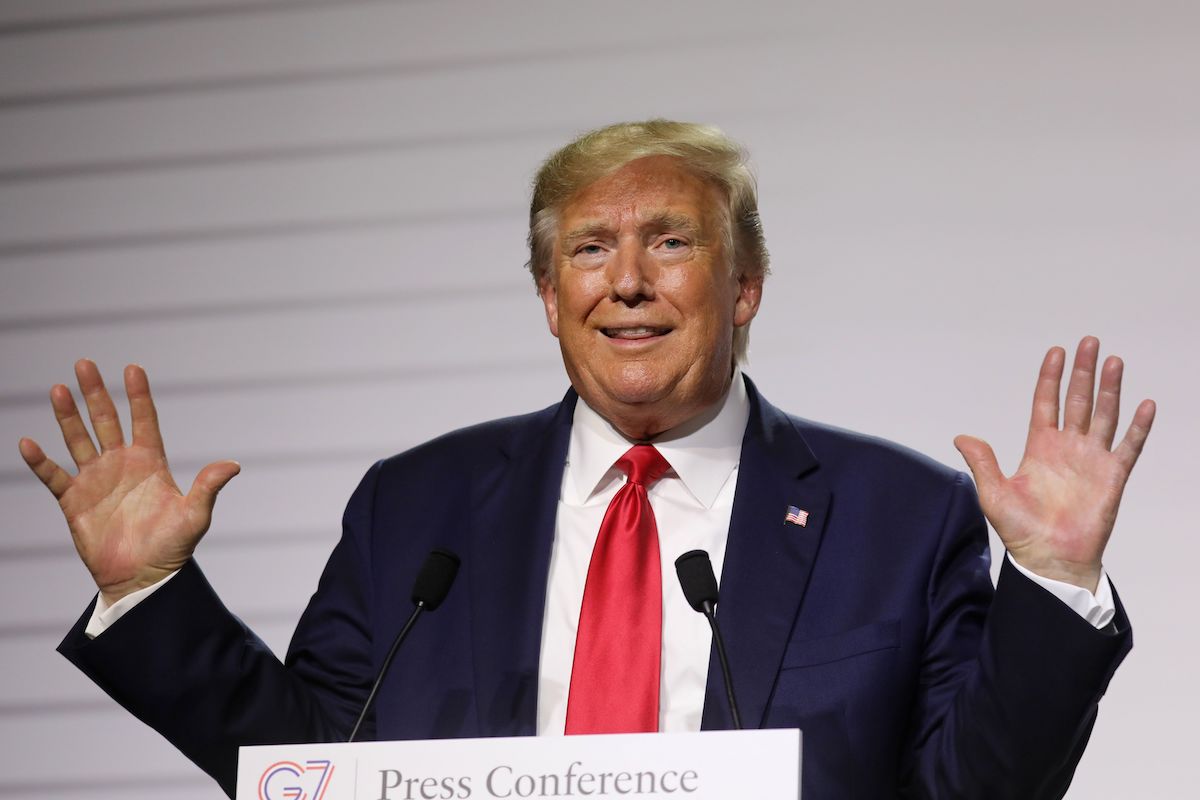 New York Times columnist Bret Stephens got “bedbug” as well as “bretbug” trending today, and deservedly so. But Stephens isn’t the only tantrum-prone conservative to be publicly defensive about bedbugs today. Donald Trump is also tweeting about them.

No bedbugs at Doral. The Radical Left Democrats, upon hearing that the perfectly located (for the next G-7) Doral National MIAMI was under consideration for the next G-7, spread that false and nasty rumor. Not nice!

Trump seems to be responding to a 2016 lawsuit regarding bedbugs in his Miami resort. That suit ended in a confidential settlement but the original complaint claims that “Trump National Doral Miami generally, and the Jack Nicklaus Villa building in particular, has a history of severe bed bug infestation.”

According to the Miami Herald, Trump is right—the Doral hasn’t had any bedbug issues reported by the health department since the settlement. So why was he so defensive about it? Well, probably because he’d just finished giving what was basically an infomercial for the Doral at the G7 summit in Biarritz, France this weekend and people were starting to tweet about the old lawsuit.

At the conference, Trump announced that next year’s summit will be held in the United States. Specifically, it will be in Miami. Even more specifically, the world leaders will gather at the Trump-owned resort. Because of course they will.

Knowing Trump, his G7 will be much closer to, if not far surpassing the Canadian cost, especially since he’s the one that will be seeing the profits.

“I’ve spent, and I think I will, in a combination of loss and opportunity, probably it will cost me anywhere from $3 billion to $5 billion to be president,” Trump said. “I used to make a lot of money to give speeches. Now I give speeches all the time, and what do I get? Zippo.”

As The Guardian notes, that 3-5 billion figure is “beyond factchecking,” although it seems to be based on a “false estimation by Trump that exaggerated the size of his eponymous company by about 15 times.”

“Doral happens to be … only five minutes from the airport, the airport’s right next door,” he said. “We have a series of magnificent buildings, we call them bungalows, they each hold from 50 to 70 rooms, they have magnificent views. And what we have also is Miami.”

“The ballrooms are among the biggest in Florida, and the best,” he said. “Each country can have their own villa, or their own bungalow, and the bungalows like I say have a lot of units in them.” He less-than-convincingly concluded by saying, “I don’t want to make money. I don’t care about making money … It’s not about me, it’s about getting the right location.”

There have been numerous reports on how foreign dignitaries, political allies, and lobbyists all funnel money into Trump properties. And while the emoluments clause of the Constitution is supposed to prevent the president from accepting gifts or forms of payment from any foreign state, the Trump administration has argued that because Trump isn’t asking for a foreign official’s “unilateral attempt to sow favor,” then he should be able to accept that emolument.

Some foreign diplomats have stated the obvious: that there are clear benefits to staying at the hotel of an influential world leader, and that staying at one of his competitors’ properties would seem “rude.” So if the point of the emoluments clause is to prevent corruption (which it is), it sure doesn’t seem like it’s doing its job here.

Anyway, that’s why Trump was tweeting about bedbugs today.