Donald Trump Wants Us to Talk About Arizona’s Special Election, but Won’t Like What We Say

Be careful what you wish for! 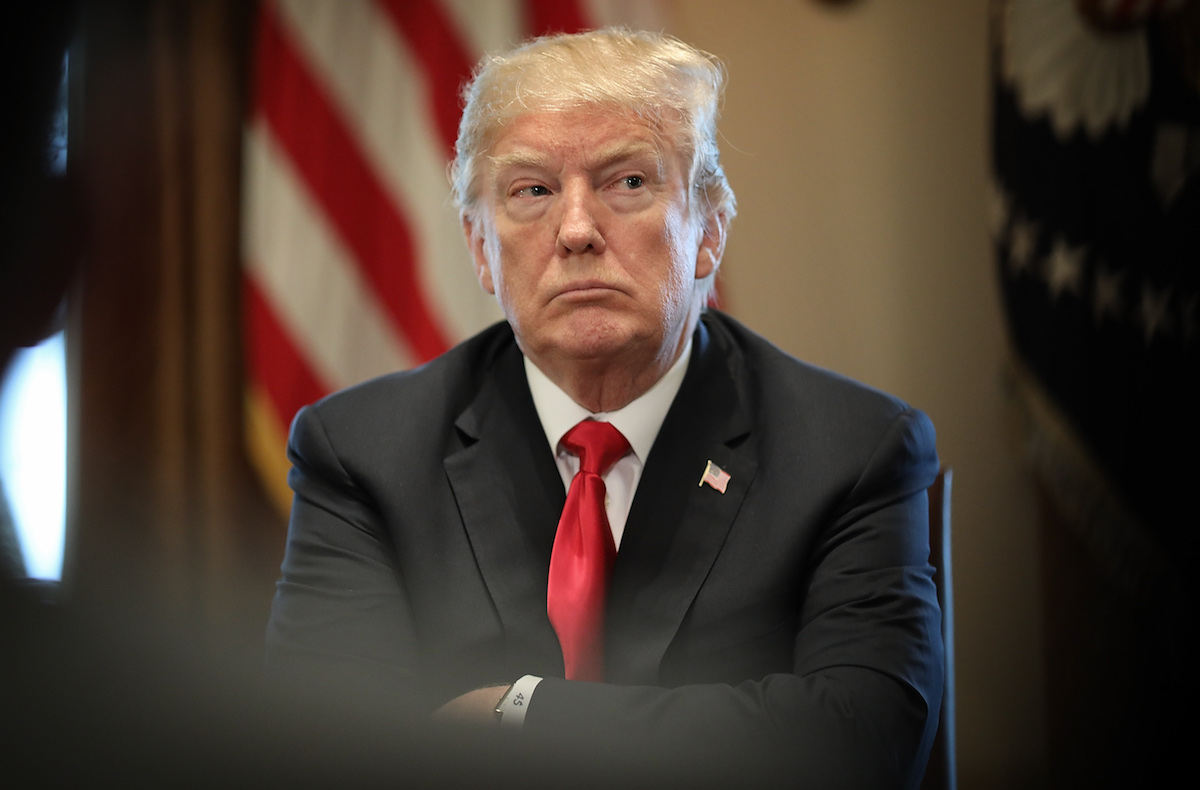 Donald Trump continues to yell on Twitter about what the press is and isn’t covering, because there’s no more important job function of the president of the United States than being Mad Online. Today, he’s concerned that the press is “so silent” about the victory of Republican Debbie Lesko in an Arizona special election for the U.S. House of Representatives, but while Trump’s obliviousness is well documented, it’s a lot more likely he’s ignoring the plentiful coverage because no one’s saying what he wants to hear.

But let’s take him at his word and make sure we’re not being “silent” about this Republican victory. What would he like us to cover first? We could start with the fact that Lesko’s district voted for Trump by 21 points, while she’s projected to only win by about five points, despite a fairly normal race with no other factor that would explain her underperforming expectations by such a large margin—except, of course, for Trump himself. I’m sure he’ll be happy to hear that the Trump effect is in full swing, at least.

We could also talk about how the district is safely Republican in general, usually leaning towards the GOP by a full 25 percentage points. Voters there chose the past two Republican presidential candidates by correspondingly wide margins (22 for McCain and 25 for Romney)—wider than Trump’s margin, even, which is no doubt another one of the facts he wishes the media would report more. Shout it from the mountaintops! We wouldn’t want to upset Trump by being quiet about it.

That historically strong Republican lean in the district also means that Lesko lost by a wider margin than Republicans had already been underperforming their usual results (by about 17 points), so Trump isn’t wrong that this election is particularly noteworthy. Let’s get out there and spread the word for him!

We also wouldn’t want to forget that Republicans spent a lot more money trying to secure Lesko’s victory than Democrats did for her opponent, Hiral Tipirneni—several times as much, in fact—to only barely succeed. On the flip side, Tipirneni’s campaign fundraising brought in more cash than Lesko’s, though not nearly enough to make up the difference. Basically, the Republican party was a lot more excited about getting Lesko over the finish line than voters were, which I’m sure the self-fashioned leader of a populist movement would love to hear.

It’s also telling that Tipirneni, a former ER doctor, focused her campaign on health care, which you may remember as one of the things Trump focused on in his own campaign. Despite Trump and fellow Republicans claiming victory by undermining the Affordable Care Act at every opportunity and being unable to actually make improvements to health care policy, instead simply moving things backwards, it doesn’t seem like voters have been convinced that’s a win for them. We’re glad Trump is finally calling attention to his massive failure to do anything on health care other than destabilize the whole system.

And then there’s the matter of what this all means, which is a message we’re very surprised Trump wants to draw attention to: Democrats will easily win control of the U.S. House of Representatives—as well as maybe Arizona’s Senate seats—in November if this race is any indication. There are seats far less safe for Republicans than this one that would flip to Democrats with a similar shift in votes, and Tipirneni even plans to run for the seat again in November, when the Democrats may be more willing to spend a little extra money to really change this story.

Really, the bright spot for Trump is anywhere but this story, as generic ballot polling for November has Republicans performing significantly better in that scenario (only down by about 7 points) than they have been in special elections during Trump’s presidency, while this particular performance was even worse. However, poll analysis at FiveThirtyEight cautions that both special election results and generic ballot polls should be taken into account, and the data could very easily shift against Republicans as “likely voters” are polled closer to election day. It’s too early to say whether this story paints too optimistic a picture for the Democrats or not, but it certainly doesn’t paint a good one for Republicans.

So there it is! That’s all the relevant information about yesterday’s special election in Arizona, which Donald Trump was very insistent that you should hear. We hope he’s pleased, but if the plentiful coverage from other outlets that he apparently missed hasn’t done the trick yet, we won’t hold our breaths.