Haters Gonna Hate: Colin Farrell Confirmed for S2 of True Detective. But What’s Up With Those Female Character Rumors? 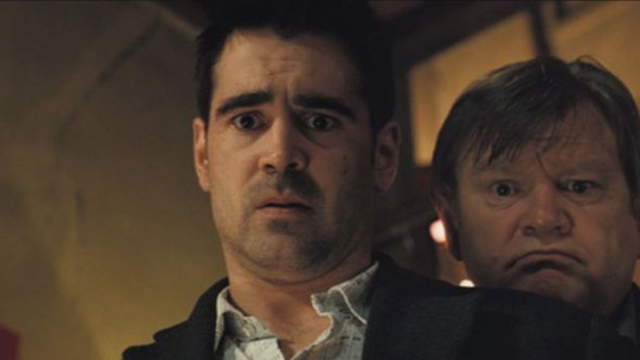 About twenty gazillion actors have been rumored for season two of True Detective, from Taylor Kitsch to Vince Vaughn to Elisabeth Moss to Rachel McAdams. I’m surprised Benedict Cumberbatch hasn’t had his hat thrown into the ring by some “anonymous source.” After all, he gets rumored for everything else. But now we finally have our first confirmed actor, and it’s Colin Farrell. My verdict: Alright alright alright!

Farrell confirmed his involvement in an interview with The Sunday World, where he said “I’m doing the second series. I’m so excited… I know it will be eight episodes and take around four or five months to shoot. I know very little about it… These are early days and all the powers that be are working out locations and schedules and trying to lock down the cast.”

The rumor is that Farrell will be playing “thug-turned-businessman” Frank Seymon in the second season, which will tell a completely different (and Chinatown-y—land deals!) story from season one. True Detective is one of the shows that’s still on my to-watch list, but Farrell being cast is definitely a point in its favor. The man can do great work when he’s with solid directors—see In Bruges and Seven Psychopaths—and I trust HBO to deliver on that front.

So what’s the deal with the female presence on the show? We originally heard that there would be a female main character, then we heard that that wouldn’t be the case and that there would just be some female co-stars. Now we’re hearing about a female lead again: “Ani Bezzerides, a tough, no-nonsense Monterey sheriff whose troubled upbringing has driven her to gambling and alcohol.” Elisabeth Moss and Rachel McAdams are the actresses whose names have been tossed around most for that role, though Rosario Dawson, Jessica Biel, Brit Marling, Jaimie Alexander, Malin Ackerman, and Game of Thrones‘ Oona Chaplin have more recently been suggested. Now Moss has picked up a major role on Broadway, so it’s looking like she she won’t be involved. Possibly ditto for McAdams, because if she’s close to signing on as Bezzerides, why would HBO still be auditioning those seven other actresses (if, indeed, they are)?

Regardless, hopefully we’ll find out about more characters soon. Farrell, wash the stink of Winter’s Tale from my mind. I believe in you.