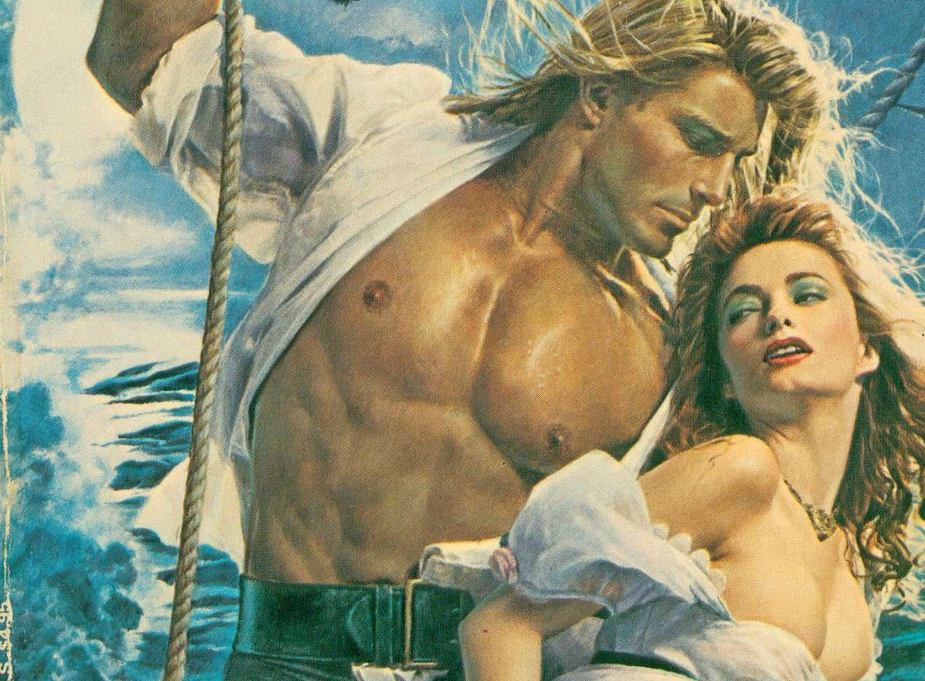 I’ve always felt a strange fascination with romance novels. There’s no genre that the general public will associate with bad books faster than romance, with their bawdy covers and superficial plotlines. Of course, that’s an enormous generalization. In truth, romance has its good and bad books just like any other genre. Some are brilliant and some will make you feel ill. But there is something special to be said about bad romance novels: they illustrate gender roles better than any other form of media. It’s the books where the authors aren’t trying to do anything special that really show the ideas about gender that are most engrained into our society. Here are just a few of the insights romance novels have given me.

Men Have Power, Women have Spunk

Many romance novels draw their appeal from playing with power dynamics. It can make the starting premise more interesting when one person unexpectedly has power over another. Maybe it’s an unconventional boss, a new social or business rival, or just that one person who can somehow get under the stoic loner’s skin. One common setting with inherent power dynamics is in any books set in the past, often regency or Victorian England. There the women may have pretty dresses, but their social status is always limited and secondary to men.

It’s the men who are the wealthy dukes, lords, and viscounts. They have money, land, and the power to do whatever (and often whoever) they want. The women, on the other hand, are put in the position of needing to somehow win these men. How do they do it? The same way Elizabeth Bennet won Fitzwilliam Darcy: with spunk! You see, while the woman may not have money, land, or power, she’s generally quirky in some way. She’s willing to be unconventional. She’ll get her skirts dirty and not care. She’ll try to get out of an arranged marriage. She’ll think a man is rude and tell him to his face. What pluck! What scandal! No wonder Male Hero feels such a burning in his loins for her. She sure is a great character…who will inevitably need Male Hero to save her from something by the end of the book. Because no matter how much spunk Female Hero has, it’s never the same as having the power to solve her own problems.

Because of the commonly unbalanced power dynamics in romance novels, Female Hero obviously has to bring something else to the table to give the illusion of equality to her relationship with Male Hero. Once they’re close enough that she doesn’t have to be snarky anymore, she can start showing off how emotionally sensitive she is. Perhaps then, just maybe, she’ll be able to heal Male Hero’s hidden pain.

Male Hero always has hidden pain. It can be over a dead best friend, a dead wife, a dead baby, centuries of loneliness because he’s a vampire and everyone he knew is dead, or because he’s an angel who in life was forced to have sex with his mom. Those are all real scenarios in actual romance novels. These things get weird. Anyway, no matter what male hero’s secret pain is, he’s never able to deal with it on his own. The men of romance novels never seem to think of going to therapy, opening up to friends and family, or even just meditating on healthy ways to deal with grief. No, only that special woman can get this manly man to admit he’s sad. Then true love is really born because Female Hero has managed to heal him.

On the other hand, the men tend to have the responsibility of taking care of the women in every other regard. He’ll be the one to make sure she knows how to present herself in society. He’ll leap to pretend he’s engaged to her so her reputation can be protected somehow. He’ll make the arrangements so she can finally have the bookstore/baby/sword-fighting lessons she’s always wanted. The only thing he can’t give her is a smart enough brain to get these things for herself.

So, in order to be tantalizing without upsetting anyone’s sensibilities, romance novels give us some bizarre sexual dynamics. Male Hero is almost always a sexual god. He’s slept with dozens of women and has a reputation for more than pleasing them all. Naturally, he’s also never caught an STI. Why would you even think that? When he finally gets Female Hero into bed it’s often her first or near-first time. Certainly she’s never been with someone who’s at all satisfied her before. I’ve read stories where the woman doesn’t even know what sex is before she has it. I’ve also read ones where the woman is thousands of years old through magic, but doesn’t even know that women can orgasm.

With all this, Female Hero obviously has no idea what she likes in bed and has no suggestions to make. Luckily, he already knows every perfect thing to do, every tiny maneuver to bring her to pure ecstasy. Now, I’m not blaming romance novels for leaving out the sex scenes where one person accidentally elbows the other in the eye, or the man can’t get it up, or the woman’s been getting fingered for an hour and it’s just not working. I’m just saying that these men are magic. Every touch they give is perfect. Every kiss, lick, bite, and thrust is exactly the thing to send their lovers into new levels of sexual abandon.

Luckily, Female Hero has her own weapon. She may barely know what sex is, but she is still the sexiest person in all of creation. When she walks into a room, she is a danger to every man around her. Male Hero will inevitably get hard no matter what she’s wearing or doing. And then she’ll do something else and he’ll get harder, and harder, and harder until he might as well call himself Titanium Cock. I’ve yet to actually read a story where a man’s penis explodes from being too aroused, but it always seems like a possibility.

What’s really intriguing about this situation is how often the narrative really emphasizes that the woman is completely unaware of how attractive she is. On the one hand, this plays into the whole “good girls don’t think about sex” thing, but it also seems to be about self-esteem. To paraphrase One Direction: Female Hero doesn’t know she’s beautiful. That’s what makes her beautiful. Romance novel authors know that their books are often a means of wish fulfillment that can allow women to project themselves into a wild romance. This narrative device reassures the reader. “Don’t worry. No matter how negatively you feel about your body, you’re actually so sexy that you’re constantly in danger of killing men with their own raging boners.”

By far the worst part about bad romance novels is what they think is romantic. In these stories the couple-to-be usually starts off with some sort of conflict between them so that there’s tension to overcome before they get together. The trouble with these conflicts is that they lead to the men doing terrifying things to the women. I’ve seen the women in these books get kidnapped, held hostage, be psychologically manipulated, forced away from friends and family and even their whole culture, forced out of career opportunities, forced into sudden engagements, manipulated into sex, accused of attempted murder, and set on fire, all by the men they are destined to fall in love with. Most of the time the men never even apologize for these actions and it’s passed off as more silly shenanigans. By the end of the book Male Hero and Female Hero are still happily in love, joking about the odd circumstances that brought them together. You know, all that quirky abuse.

And the worst of it is the rape. You wouldn’t think it. You’d really think that romance novels would be a place generally free of rape scenes, particularly between the romantic leads, but they aren’t. In fact, rape scenes in these books are depressingly common, so much so that it’s noteworthy when there aren’t any.

But what makes it even worse is that these scenes are never acknowledged as rape. Remember how the men are stupid about emotions and their secret pain? Well, in many a bad romance novel there’s a scene where the couple is sexually active and Male Hero is feeling his secret pain but trying to be manly and secretive about it. Then Female Hero tries to get him to open up and he forces her to have sex with him.

These scenes aren’t hot and they clearly aren’t meant to be. The man is angry. The woman is scared and in pain. She cries a lot. When it’s done the man often doesn’t even apologize to this woman he supposedly loves. Instead this is supposed to be the low point that the couple overcomes together, the place where Male Hero realizes he has to open up about his secret pain. Somehow the woman always understands the internal angst that led him to these actions and they never talk about the matter again.

This is where bad romance novels cross a line. They go from being misinformed and silly to being visibly dangerous. When I read a bad romance novel, I do so because I think a lot of them are funny. I like to laugh at the impossible sex positions, the contrived plots, and the ridiculous characterization. But the fact is I can’t open any romance novel without a hint of dread. I know with each book that there’s a high chance that I’m about to read something horrifying that will be passed off as romantic.

There is nothing wrong romance novels as a general concept. People deserve to read stories they enjoy, but also stories that make them grow. We deserve to read love stories without feeling guilty about reading something “trashy”. But what we deserve most of all is to have a romance genre that actually respects women.