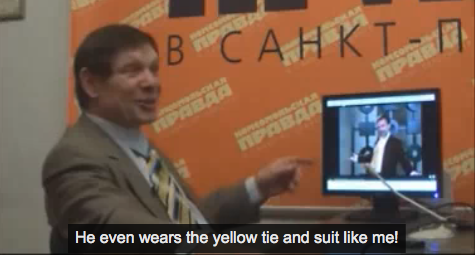 In one of those odd, touching moments that only the Internet can facilitate, a Russian news outlet got Edward Anatolevich Hill, the Russian singer whose so-called “Trololololo” routine from 1970s Soviet television has recently been revived and memeified as the “Russian Rickroll,” to sit down and watch some of the jocular responses to his work on YouTube.

Not only was he not upset about being lampooned, he seemed genuinely happy: “It’s love of people. They are full of feeling. I don’t think that’s a parody. Maybe some elements of parody, but it is benevolent parody.”