On her new film Jeremiah Tower: The Last Magnificent. 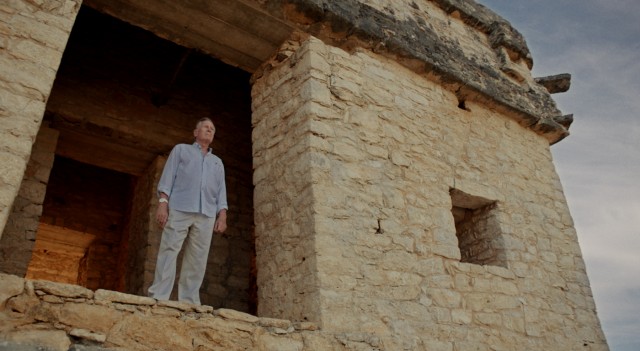 Emmy and Peabody Award winner Lydia Tenaglia has been at the forefront of recording the 21st century’s rise of food TV. Co-creating food/travel shows with her husband/producing partner Chris Collins and chef-turned-host Anthony Bourdain, they are responsible for Parts Unknown, The Mind of the Chef, and No Reservations.

The three collaborated once again on Tenaglia’s new documentary, a biopic profiling Jeremiah Tower, the former executive chef of Alice Water’s Chez Panisse and owner of Star, both cementing him as one of the founders of the California Cuisine and high dining entertainment. Beyond his high class taste, Tenaglia tells the story of a charismatic but often tortured artist whose materials happened to be edible.

Lesley Coffin (TMS): How exactly did you become a food documentarian?

Lydia Tenaglia: To rewind the tape quickly, around 16 years ago, I worked freelance for other companies as an editor and producer. And then I started show running for a couple of programs. And my husband Chris Collins and I co-founded Zero Dot Zero Productions and at the time, we worked as a team on a bunch of medical-themed shows on channels like TLC and Discovery. And we did things like Trauma: Life in the ER and Paramedics, so lots of blood and guts TV. And we were shooting those shows with these new, very small-format cameras. So we were part of this onslaught of what was termed predator producers, because everyone seemed to be running around with their cameras shooting everything.

And we had heard that Anthony Bourdain, who’d already written Kitchen Confidential, planned to travel around the world to experience other cultures through food. So I called him up, he was still an executive chef at the time, and asked him if he’d like to put together a demo for what would become A Cook’s Tour. And we used a very similar approach, using these small cameras and limited light, and filmed the demo in Anthony’s kitchen. It was about using this little camera to get inside another world. And a lot of what we learned making blood and guts TV applied to this new concept of food TV, which became a new genre of unscripted TV. And we’ve made a number of other shows about things like crime and unsolved mysteries, but we’ve found a niche as producers of food television, because we approached either the place or chef from the perspective of “how do we make a program people feel viscerally connected to?”

TMS: When making a program about food, you don’t have the sense of taste or smell available. What do you do to accommodate for the absence or convey what the audience is missing?

Tenaglia: It’s probably the biggest challenge we have, because we’re operating without the two senses most relevant to the subject matter. But it is similar conveying something to a blind person, and needing to enhance all the other sensory experiences to make up for that lost sense. And that’s what we’ve been able to do visually, by approaching the shooting of food like the most artistically beautiful documentary film. So the cinematographers we use are really skilled at the art and craft of filming food.

So if you are filming a bowl of hot, steaming noodles, the vividness of that image makes it seem like those noodles are right in front of you. And sound makes a big difference too. As Chris says, the sizzle sells the steak. And what’s incredible are the people who see shows like No Reservations will end up flying all the way to Vietnam to find those noodles and experience them because the visuals and sound made their mouth water. And we hear that feedback all the time. We also have the benefit of really descriptive commentaries and hosts, like Anthony Bourdain, who can convey a taste experience, without just saying something tastes good or bad. It’s all about the ability to describe a particular moment. 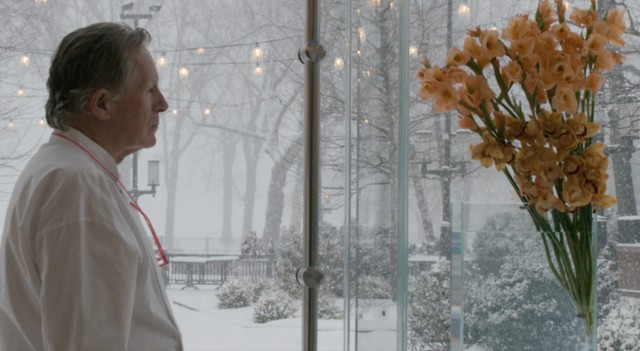 TMS: It’s unusual to see a documentary focused on a single chef. For this documentary, did you draw inspiration from documentaries on other types of artists?

Tenaglia: In the instance of working with Anthony, the series we did originated out of a mutual love, among Anthony, Chris and myself, of books or films about other cultures and locations. And very few were about food. So if we’d love The Quiet American, we’d use that as an influence for Vietnam. Iconic books or films which brought worlds to life. Food can simply serve as another entry point.

When it came to this documentary, I knew from the get-go–to sustain a feature length run, we’d needed to dig deeper. Because when I started work on the project, I had my reservations and fears that his story may not feel like a theatrical journey. But what I found was the story of a very complicated artist. His form of expression ultimately is his food creations and dining experiences, but his inner life’s as entertaining and twisted as some of the great artists. So I thought about how to make his journey about more than just food and about his desire to create beauty and keep the darkness at bay. This is the story of an artist with forces at play trying to keep him down. To that point, the question was how to tell the story in the most interesting way that would bring audiences in.

TMS: Anthony Bourdain is interviewed in the film. Did he bring the idea for this documentary to you or were you familiar with Tower beforehand?

Tenaglia: We were working on a program called Diary of a Foodie about 9 or 10 years ago, and that was the first time I heard Jeremiah Tower’s name mentioned. And the next time I heard his name was in the fall of 2013 and we were getting ready to pitch documentary ideas to CNN. And Bourdain put forth this idea of doing a documentary about Tower, because he’d just finished reading his memoir. And we put him forth as one of three ideas, and CNN really liked the idea of doing something about Tower. But they didn’t green light the documentary right away, they wanted us to go and do an exclusive interview first and see if there would be anything there. And we did that and put together a 10 minute piece.

TMS: It’s controversial to make a theatrical documentary with recreations, because some people feel it breaks the rules, and some awards disqualify films with recreations. Were you apprehensive at all about adding that footage?

Tenaglia: I think I just went forward with the method I thought would be the most effective at driving the narrative. I had reservations about doing recreations primarily because the budget we had was prohibited and filming anything like that can look really, really bad. I didn’t want them to come off looking cheesy, and spoke with the cinematographer about how to do them. I don’t think I ever thought twice about any kind of controversy of mixing the mediums.

I thought about that incredible director Sarah Polley who mixed the two so beautifully in Stories We Tell, and really wove them together. But you have to think about the most interesting and engaging way to tell your story, and recreations were the answer. Because at the time, I thought we wouldn’t have any archival material for those early years, and you want to feel how he felt as a child in those hotels and cruise ships, alone and first exposed to food. The footage of Jeremiah as a child and young man came to us two-thirds of the way through the process from his nephew. He was cleaning out his mother’s house so she could come live with him and he found a box of her husband’s, Jeremiah’s brother’s, family films. And that changed the whole landscape of the film, and it was then a conversation of how to weave the archival material with the recreations. The recreations are slightly off-kilter, they still feel like just a part of a memory. 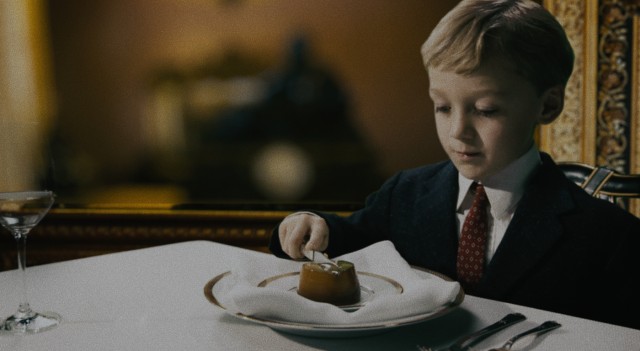 TMS: One of the people you shine a light on in this documentary is Alice Waters, and her relationship and subsequent public feud with Jeremiah. Did you reach out to her about participating and getting her side of things?

Tenaglia: I did, and we planned to film an interview with her. It was scheduled, but at the penultimate moment, she decided she didn’t want to participate. We spoke and texted, but ultimately she decided not to participate. I think it’s a story which is very difficult for her and called up a lot of unpleasant memories. She had a love affair and deep love with Jeremiah, which seems to still be unresolved. But her absence is not due to lack of trying, because I really pushed hard to get that interview. But in the end, she made the decision that she thought was best for her.

The film premieres Saturday Night at the Tribeca Film Festival, and will air later this year on CNN.