Tree Makes the Wrong Choice in Happy Death Day 2U 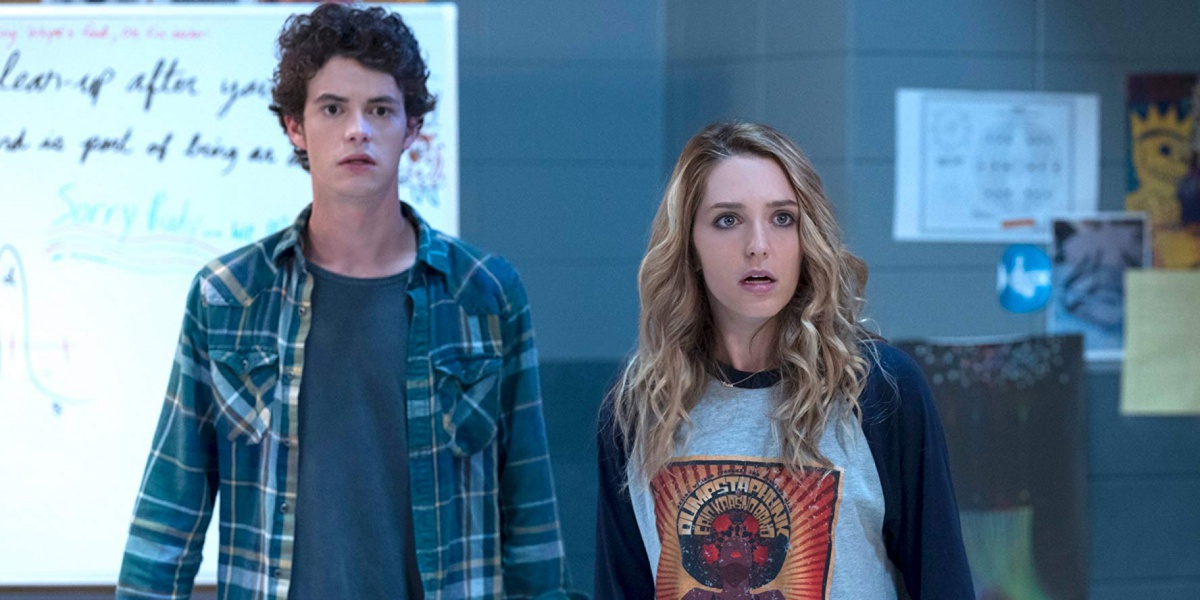 Over the weekend, I had the pleasure of finally being able to check out Happy Death Day 2U, the sequel to one of my favorite movies from 2017. I was excited to see how the film was going to revisit the Groundhog’s Day horror premise, especially because it was advertised as being “different” than expected. Overall, it was solid, if not as good as the first, but Jessica Rothe, who plays Tree, has fantastic facial expressions and sold the movie for what it was.

I was with the film for most of the ride … most of it.

The premise of the sequel is that the time loop that Tree was caught up in was caused by a science experiment by Ryan Phan and his fellow science friends Samar and Dre. Ryan wakes up the next day, finding that the loop has now passed from Tree to Ryan, as it is now September 19—one day after Tree’s relived day. Ryan is now the one cursed to relive the day, but his parallel time self ends up being the Babyface killer.

Alt-Ryan attempts to get the group to kill Ryan, who, in response, tries to close the time loop using the reactor, causing an energy pulse that knocks everyone to the floor, and Tree back into the 18th.

Naturally, she’s pissed about having to re-relive the time loop she just fixed. However, this isn’t the same loop; it’s a parallel dimension within the multiverse (all these years of The Flash made this part super easy to follow). In this world, Tree finds that Carter, her boyfriend in Time 1, is dating her bitchy sorority sister, Danielle, in Time 2. Lori, the murderer chasing her in Time 1, is just a chill roommate now, and most importantly, Tree’s mom is still alive.

This is the point where the movie sets up Tree to make the choice between either going back to Time 1 or staying in Time 2. Easily, Time 2 is the correct answer. Mom is alive, roommate doesn’t want to kill you, and yeah, you may not have the boyfriend, but the movie shows that Danielle is cheating on Carter, and they aren’t that good friends anyway.

What’s worse is that the movie keeps giving Tree these conversations/situations with her mother that make it seem as though she is “stealing someone else’s life” by being in this world. There are memories that her mother has that Tree didn’t technically get to share with her; still, I can’t imagine for a single moment that if my mother were dead and I could have the chance to have her in my life again, I wouldn’t choose that life. Sorry, Carter.

Tree’s mother says that most people can’t “have it all,” but by the time Tree decides to go back into her own time, she’s already saved the day, saved Lori’s life, gotten closer to her mother, and could absolutely win back Carter. There is no real reason for her to go back other than Carter, and that just seems like a really terrible reason to say goodbye to your mom all over again.

For those who saw the movie, what did you think? Dead mom resurrected, or boyfriend?