“Still a Fairytale”: A More Detailed Look at How Trans-friendly STEM Jobs Are 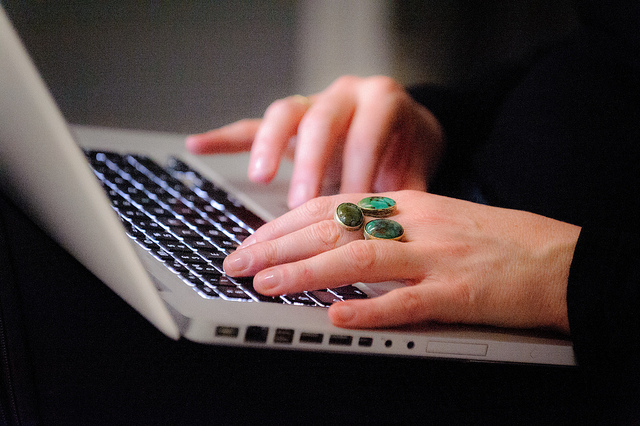 A few weeks ago we posted an article on how trans-friendly STEM jobs are. Many of our trans readers responded with their own stories.

One of the biggest issues for most of our readers is simply being out at work. In the US, anti-discrimination laws vary by state, but according to the Human Rights Campaign, more than three in five US citizens live somewhere without a law to protect against gender expression and sexual orientation. Given those circumstances, it should come as no surprise that trans men and trans women are twice as likely to be unemployed versus the population as a whole. There are potentially serious consequences for transmen and transwomen to be afraid to disclose their identity to employers.

Coraline Ehmke, a trans woman and a co-founder of LGBTech, an organization for LBGTQ people in technology, was fired a month after she told her then-company that she would be transitioning. Getting fired is stressful regardless of the circumstances, but during one’s transition it can be especially rough. Ehmke worried that because she had not yet begun voice therapy, her prospective employers might discriminate against her before she had even secured a job.

Companies should take note that good policies do work in the company’s favor. If a company has policies that support trans employees, these employees often become advocates for their company. For example, Ehmke says that she has had such a positive experience at her current job that “other transgender women have become interested in working at my company.” She says that her current company scheduled her for regular meetings with the vice president of human resources so that she would feel welcome. A trans woman who asked to go by Jennifer, who currently works as an Application Analyst in the aeronautical industry, is also pleased with the way her current employers have treated her identity. She says that her “work experience has been positive and rewarding,” in part because she has a few allies at her job who understand who she is.

In addition to worries about simply being out, insurance is a major issue. This makes sense, considering that trans men and trans women are more likely to go uninsured, especially if they are people of color. This desire for better insurance is exasperated by the lack of other transgender health care options. Not having employment-provided insurance means that trans men and trans women have to provide their own, and this can be an incredibly painful process. Jenn, who lives in Canada, says that even her “provincial government makes it incredibly difficult to access transgender care.” Jenn’s transition put her and her wife “in quite a precarious position financially,” which makes good insurance all the more desirable.

Many employers claim to cover transition costs, but this often means they only cover hormone replacement therapy, not other procedures or services that many trans men and trans women get or access. Trans employees are then forced to pay out of pocket. Ehmke, who calls insurance “the biggest challenge” she faces, says that she “would definitely be tempted to move to another company if they offered coverage for SRS,” or sex replacement surgery. Jenn agrees too with the need for better healthcare coverage, saying that it is “still a fairytale in many places.” She also says she would be willing to take a pay cut to get better coverage.

Based on my (albeit limited) research into how trans-friendly STEM jobs may or may not be, many are concerned about the fear of being fired (or never getting hired in the first place) because of their identity and about insurance, both of which are issues for trans men and trans women, regardless of their field. Transgender at Work has guidelines to help trans men and trans women. If you’re in the US, you can also write to your local representatives about finally passing laws that protect against discrimination.

If you are trans or otherwise genderqueer and would like to speak with us about your experience working in the STEM field (even on the condition of anonymity), please get in touch at [email protected]themarysue.com.

Courtney Hilden is a poetry reader and series editor for Bayou Magazine. She has been published numerous places, including Intensities: The Journal of Cult Media.