That Time I Interviewed the Original Optimus Prime and Drove a Lamborghini, No Big Deal

Hey, remember when Optimus Prime died? That was fun. 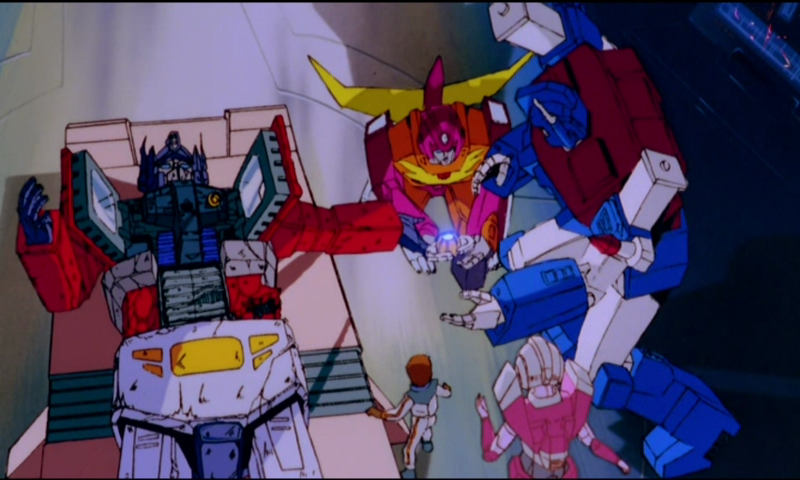 You know I am not necessarily the hugest fan of Transformers: Age of Extinction. But if I get the chance to interview Peter Cullen—the Once and Future Optimus Prime, who voiced the leader of the Autobots in the original cartoon, the ’80s animated movie, the Bayformeres movies, everything—for the DVD/Blu-ray release of Transformers: Age of Extinction, it’s not like I’m going to say no. And getting to interview stunt driver Sli Lewis and drive a legit Lamborghini on a legit racing track? Well, that’s just icing on the Peter Cullen cake. The man’s also the voice of Eeyore, for God’s sake.

That “movie that killed your childhood,” by the by, is 1986’s The Transformers: The Movie, which took the bold step of killing Optimus not long into the film, because ’80s movies just did not give a hoot about whether or not they were traumatizing children.

Hasbro didn’t realize what a popular character they had until they killed him off and kids lost their everloving shit, because they don’t care what spiffy new toy line you’re putting out, you just killed Optimus Prime. Turns out Cullen didn’t realize until then how important his character was to so many children, either:

“[The negative reaction to Prime being killed off] was a great surprise to me. Actually, when I was taken out of the action of it, I was upset! I thought, ‘Well, my character wasn’t any good.” Just like they’re getting rid of somebody on a soap opera, you know? If they’re a pain in the neck, well, just kill ’em off [laughs].”

But you can’t keep a good car-robot down—years later, when Bay was resurrecting the franchise with the first live-action Transformers movie, there was a massive and ultimately successful fan campaign to bring back Cullen. Of the continued, decades-long fan support Cullen has received, the legendary voice actor (again—Transformers, GoBots, Voltron, Knight Rider, EEYORE) had this to say:

“It’s a great feeling. And it’s an awful lot of gratitude to the fan base that brought that back via the Internet and however else they did it. That didn’t exist back in 1986! I was very pleased, and it’s an honor and I’m proud of it.”

Also, I don’t mean to brag, but I totally want to brag: Cullen did the Eeyore voice in my presence, and I used up a good chunk of my interview time doing this:

As for stuntman Sli Lewis, he was instrumental in bringing to life the latest film’s very solid chase sequences. Hey, Bay knows from action scenes and special effects. Lewis relished the chance to “driv[e] Autobots and [work] with Bumblebee and Optimus Prime,” and hey, who wouldn’t? It’s an inner child thing.

Though it wasn’t all sunshine, rainbows, and happy little explosions. Lewis describes a difficult day of filming in Hong Kong where they were unable to block off the entire street, having to go instead with “rolling roadblocks. Which means there’s stunt guys around controlling traffic, and we’re [shooting the chase scene] inside those stunt guys… Traffic’s going around, people beeping their horns, people want to watch, take pictures. We’re in between all that to get a shot. That was epic.”

Also epic: My experience trying out car racing my very own self. If by “epic” you mean “holy crap, I didn’t die.” Hey, I live in New York. I can drive, but I don’t drive.

The full videos have a lot more cursing. You don’t get to see them. This was fun.

Transformers: Age of Extinction comes out on Blu-ray and DVD Tuesday, September 30th.