The Tragedy of the Dune Saga’s Alia Atreides

The Tragedy of the Dune Saga’s Alia Atreides 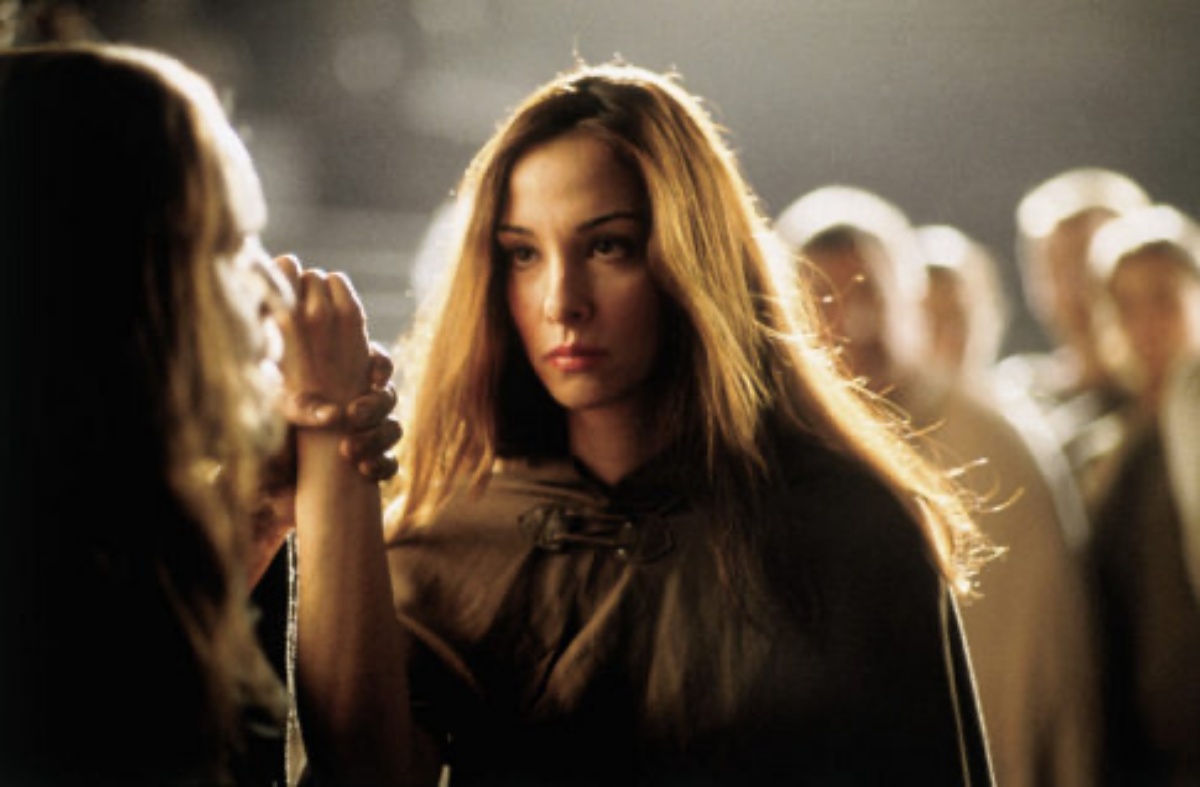 Dune is a series filled with compelling characters who are half god and half worm, sometimes both! There are a lot of women I really enjoy in the novels created by Frank Herbert. My favorite, and who I would consider the most tragic, is Alia Atreides the Abomination.

Alia, the younger sister of Paul Atreides, is the second child of Duke Leto Atreides of Caladan and his Bene Gesserit concubine, Lady Jessica. It is already hard being born eight months after your father is killed by your maternal grandfather and being born with adult-level powers. Throw into that your elder brother being worshiped as a god and him having the power to see into the future—it was a hard start for Alia Atreides.

While not making her first appearance until later in Dune, Alia’s fate is already pre-sealed when her mother Jessica drinks from the Water of Life while pregnant. The Water of Life is a toxic liquid made of a drowning sandworm that is used by Fremen Reverend Mothers in the spice agony. Usually, when children are born like this, they are killed because, without having a strong personality of their own, it is possible for them to be vulnerable to their ancestral egos and memories. They can be possessed by the dead and therefore an Abomination.

Knowing this is a possibility, Jessica has Alia anyway, and in that action, another act born of love rather than reason, Jessica gives birth to another child she must eventually watch be transformed into something else.

Dune ends with Paul as Emperor of the Universe, with an army that can take on and destroy countless worlds. Alia gets revenge for her father and poisons Baron Vladimir Harkonnen, her grandfather and mastermind of the plan that led to her father’s death. This action allows the Baron to fully enter the ancestral water of her mind.

Dune Messiah takes us twelve years into Paul’s reign, with Alia going into maturity in a community of people who distrust her but being bound to their god through blood. When Paul is blinded after the birth of his children and goes into the desert, he leaves Alia as regent. The love Alia has for Paul gets twisted as the many ancestors in her mind battle for dominance over her, the loudest and most powerful being the Baron.

He warps the fragile mind of Alia into destroying the people she loves the most. Plots to kill her brother, her mother, and her young niece and nephew all take place in Children of Dune, where Alia sets up her own power as Regent. Yet, the power gives her no relief; it just sucks her humanity dry until, in the final battle between herself and her nephew Leto II, she kills herself to be free of the Baron’s torment.

Among the many things that make Alia so sad is, just like many within the House of Atreides, it feels like her fate was pre-written. But while Leto II gets to be God Emperor and Paul was Muad’Dib, names that would live on forever, Alia fades into the background of history by the time we get to the later books of Frank Herbert’s Dune. Her sacrifice is not treated as the same noble sacrifice as her brother and nephew’s, but as her last chance at salvation.

Even the cult that rises up around her refers to her as Saint Alia of the Knife. She was only allowed to be a tool for others, a lesser important result of “the Jessica Crime” to reproduce for love.

Naturally, this is why she is the character I love the most in Dune, the born-wrong girl who commits familicide at two and spends the rest of her short life being tormented by the mistakes and choices of others, never being able to escape the trap of her own preborn mind.