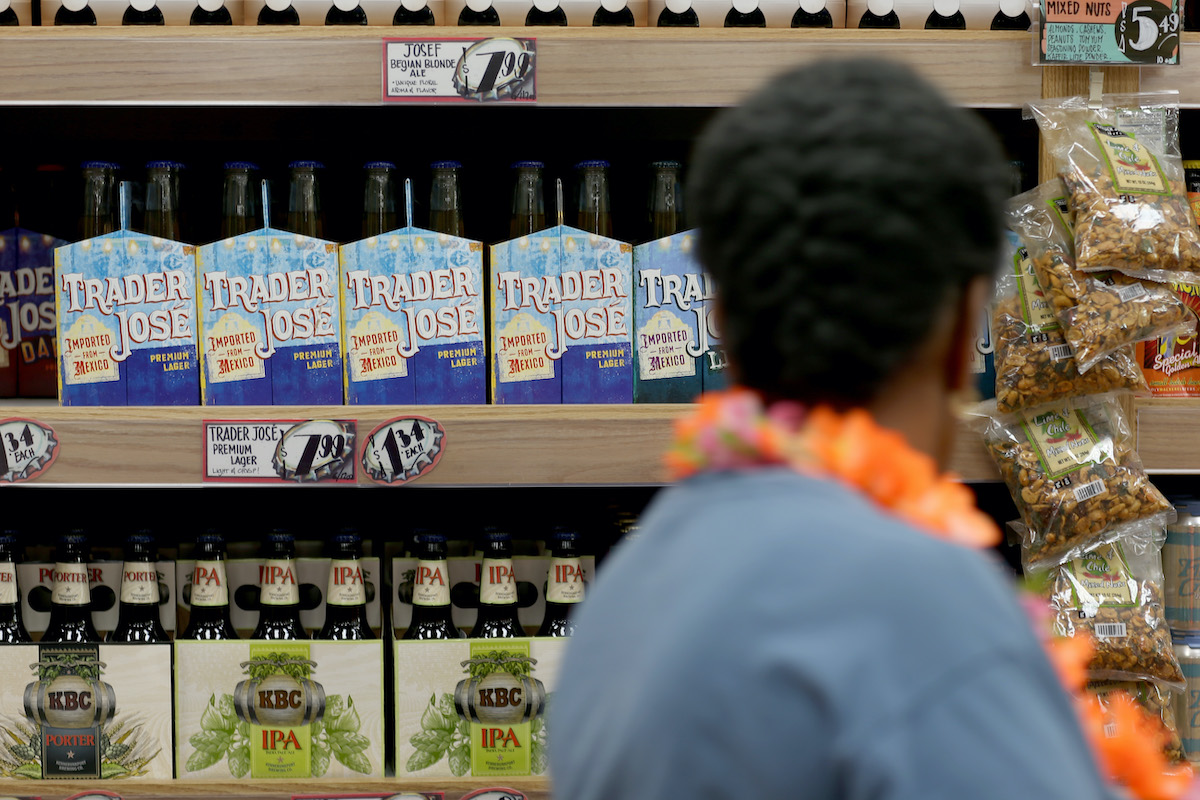 An online petition is urging Trader Joe’s to eliminate its racist packaging for international products.

“The grocery chain labels some of its ethnic foods with modifications of ‘Joe’ that belies a narrative of exoticism that perpetuates harmful stereotypes,” writes the petition’s creator, Briones Bedell, who, according to the New York Times, is a high school senior. Products like Trader José, Trader Ming’s, and Arabian Joe’s are all offshoots of the Joe’s name meant to indicate a sort of generic foreignness.

As Bedell writes, this “exoticizes other cultures,” presenting “’Joe’ as the default ‘normal’ and the other characters falling outside of it.”

The petition also notes that Trader Joe’s was built on this same foundation of general exoticism and no one has ever tried to hide it. Here’s how the Trader Joe’s website tells the story of the first store in Pasadena, California:

The store had a nautical theme and it was run by people who were described as “traders on the high seas.” At the time, Joe had been reading a book called “White Shadows in the South Seas,” and he’d been to the Disneyland Jungle Trip ride, and it all just…coalesced. To this day, Trader Joe’s Crew Members consider themselves “traders on the culinary seas” and are known for their bright, tropical-patterned shirts and for generally being nice, helpful, and well informed.

White Shadows in the South Seas was a bestseller in 1919, telling the story of a white trader among “uncivilized” islanders in the South Pacific. “Even though the story calls out the abuses of trading companies, (although it perpetuates other racist tropes such as that of the ‘noble savage’ and ‘white god’ narratives common during this period), ‘Trader’ is still part of the grocery chain’s name. It leaves the question: What in particular about this book inspired the company?” writes Bedell.

Similarly, the Jungle Cruise ride, a Disney staple, is packed full of offensive tropes from headhunters to spear-wielding natives. Maybe they shouldn’t be quite so proud of having based the store’s entire theme on a campy take on exoticism.

Trader Joe’s says that the company had already made the decision to phase out a lot of these names, though they’re still on shelves (or at least many of them are) and the very first question in the company website’s Q&A is about these “private label products.” (FWIW, they guarantee quality, if not sensitivity.)

As of this writing, more than 30,000 people have signed Bedell’s petition, so even if Trader Joe’s had already started rebranding the products, hopefully, this will give them a bit of a push, not to mention drawing attention from customers who may never have thought very hard about the cultural implications of these products’ labels.

(image: Joe Raedle/Getty Images)
Want more stories like this? Become a subscriber and support the site!