It was small, but it was important. 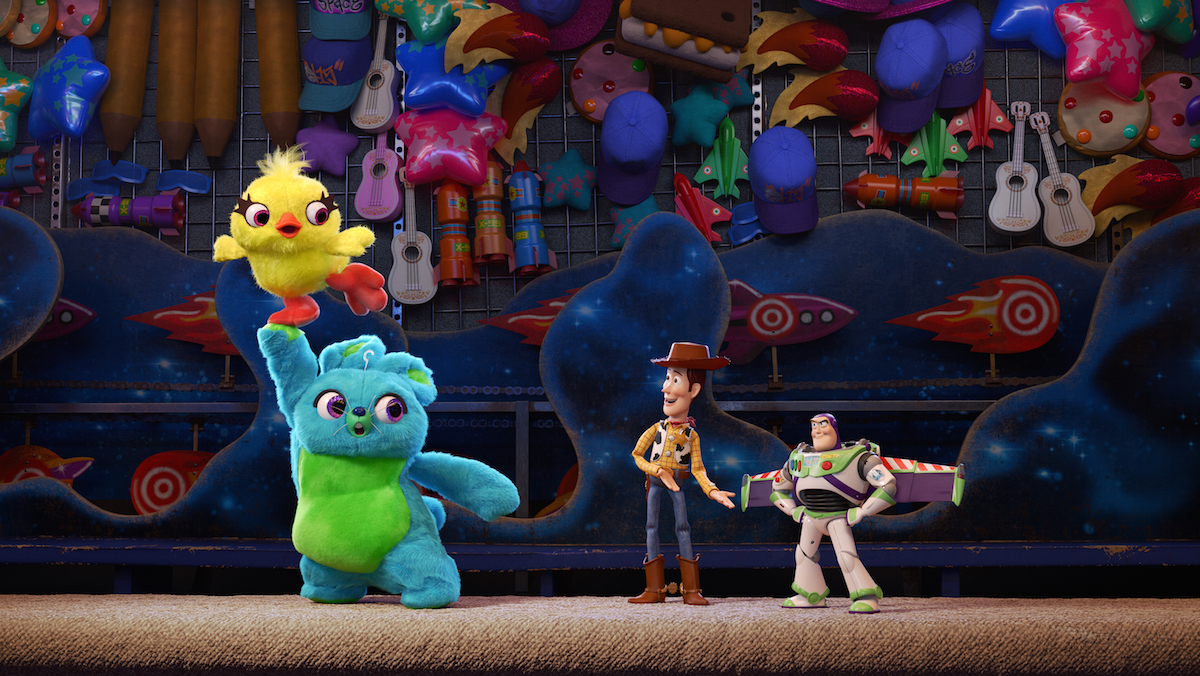 There’s a lot to love in Toy Story 4. Forky, the incredibly powerful arc Woody goes on, the visuals, Duke Caboom … the list goes on and on, but there was one moment in particular that stuck out to me, even though it was small, and the narrative didn’t make a big deal out of it. Mild spoilers for the film to follow.

When Bonnie goes to kindergarten, she sits at a table and looks nervously around the room. We see some of the other kids saying goodbye to their parents, including one boy receiving a hug from both his moms. Later on, we see the same kid being picked up from school by his beaming mothers. They’re clearly a couple, too; we see them embrace their son together.

It’s a blink-and-you’ll-miss-it moment. It’s not groundbreaking by any standard; two unnamed female characters in a quick background moment isn’t necessarily the representation fans deserve in a Pixar movie, but it’s still a small moment of recognition from a studio that hasn’t given us anything before.

Yes, I remember the supposed lesbian representation in Finding Dory, but that was even less than this. Here, the two moms are unquestionably a couple based on their interactions with their child. There’s no “Oh my god, two women peeked in a baby carriage. Are they gay?” discourse. When these characters appeared onscreen, I elbowed my friend and hissed, “Moms!!! Two moms!!” because that’s clearly what they were.

I’ve written extensively on how small, background moments like this don’t necessarily count as good representation. If Joe Russo talking about going on a date with a man in Avengers: Endgame doesn’t count as quality representation, then surely these two don’t, either, and that’s correct. I’m not about to proclaim Pixar to be the most inclusive studio over a moment that went by so fast that I don’t know if anyone else caught it.

But it meant something to me, in a way. Here was a major family-friendly film, one of the biggest Disney Pixar releases, and they included a lesbian couple with their son. It’s a small moment of normalization, even if it’s minor. This isn’t a show on Netflix, or a banned episode of Arthur. It’s a Disney Pixar movie, and it showed two women caring for their child together.

I would love for a Disney Pixar film to feature a queer protagonist, or center on a love story between two men or two women. Disney has been loath to step up their game on that cinematic front, but when I saw it, it warmed my heart. It felt a little more inclusive, and like it could be a step toward Pixar including more queer characters in more prominent roles in general.

The lack of other commentary on this moment makes me wonder if I imagined it, so if I get your hopes up by saying there’s representation and there turns out to be nothing really there, I apologize, but for one brief, glorious moment, I saw myself in a Pixar film. They can do better, and in fact need to do better, but this small moment was a lovely first step. More of this, please.

Though maybe make it a bit more noticeable.