Resign in Klingon | The Mary Sue

How to Resign Your Town Council Post: Do It in Klingon 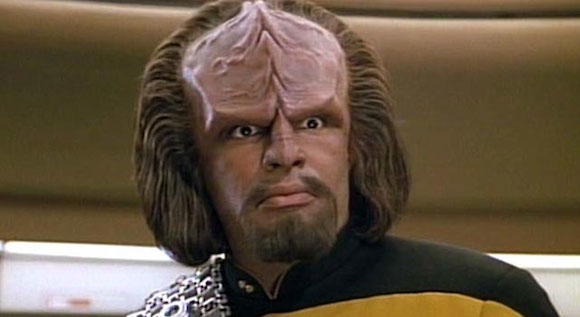 David Waddell, town council member in Indian Trail, North Carolina, resigned this week, after completing only half his four year term. His resignation letter, contrary to pretty much every expectation I would have of how small town governance goes, was tendered in Klingon. Huffpo says that he decided to write it in Klingon as “an inside joke.”

HuffPo also says that Indian Trail mayor, Michael Alvarez, was not amused, so presumably it’s not a joke that he shares. Waddell needs the time off, he says, to prepare a write in campaign for the heavily socially conservative Constitution Party‘s platform against Democratic senator Kay Hagan, so this story took a real unfortunate turn at the end, didn’t it. Lets talk about nerd stuff instead.

Here are some more ways that you can resign in a totally made up alien language:

Okay, maybe definitely don’t do that last one.