Having an army of snowmen at one's bidding: priceless. 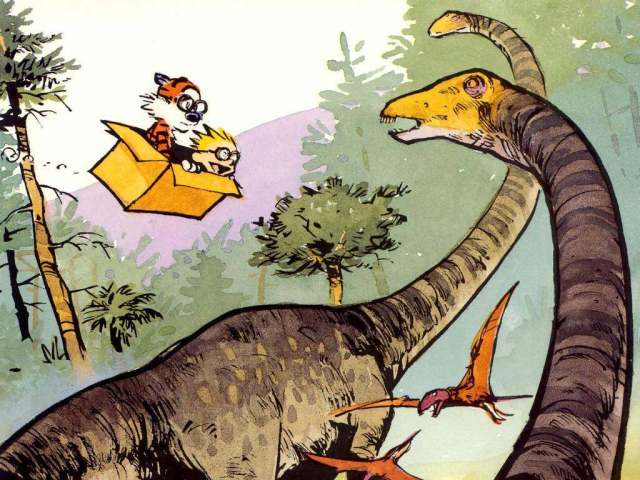 Matt J. Michel, editor of the satirical scholarly journal Proceedings of the Natural Institute of Science (PNIS), has published some hilariously footnoted research into the financial cost of raising one of the world’s most destructive six-year-olds ever: Calvin of Bill Watterson’s beloved Calvin and Hobbes.

For his research Michel analyzed every Calvin and Hobbes comic from 1985-1995 and took meticulous notes on items and/or landscaping damaged by Calvin. Michel’s final figure may be a little off since he estimated the cost of most items using current pricing on Amazon; the editor also notes that he didn’t account for damage that was referenced but never explicitly shown (e.g., “the salamander incident”).

In total, Calvin’s expenses came to $15,955.50, or $1,850.55 per year; according to reference site Homewyse, his most expensive mischief totaled $4,798.83. Michel compiled this handy-dandy chart to explain how Calvin racked up that impressive bill: 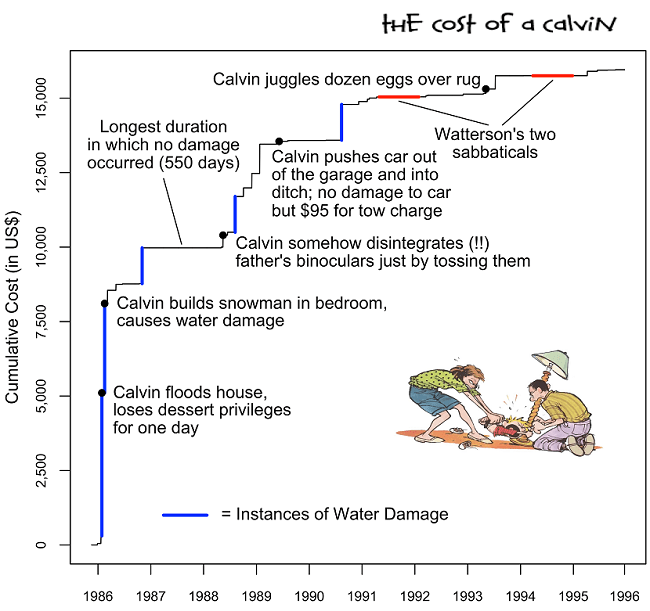 Michel’s research also shows that Calvin’s mischief coincided with his school breaks and gradually decreased throughout the comic. To find out more you can read the full study over on PNIS. Warning: may prompt a solemn vow to never have children. (Or at least never give them a stuffed tiger).