Thanks, Thor! Now We Can Give Tony Stark a Call. 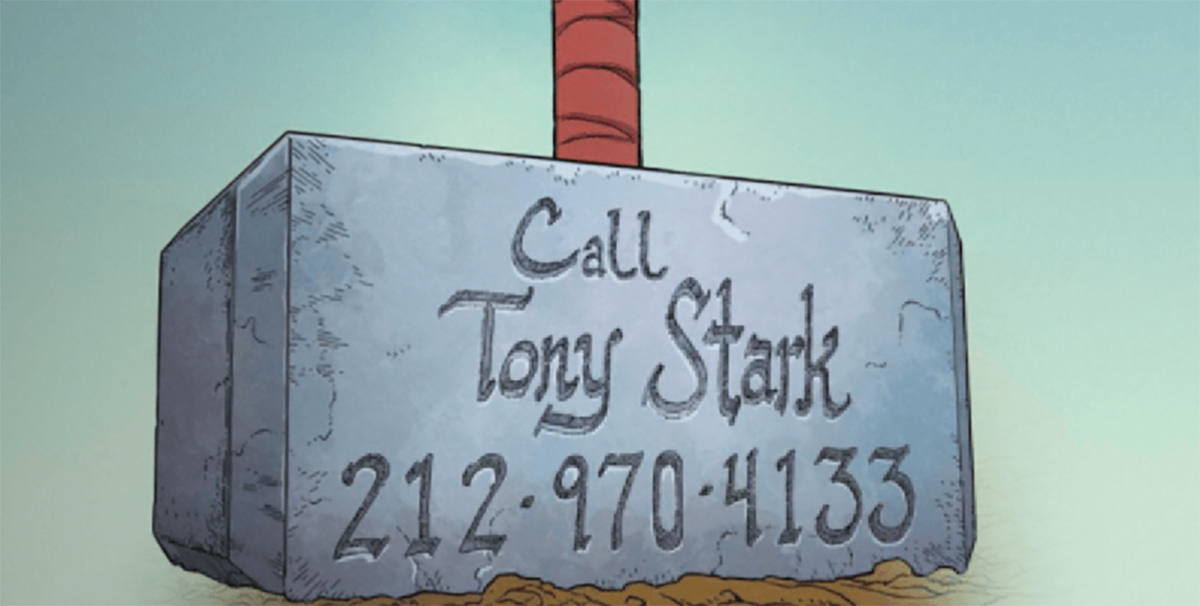 My dream has come true: I can call Tony Stark! Thor has decided to mess with the only billionaire I trust and has Tony’s phone number carved into his hammer. Well … technically, the reason Tony’s number is on Mjölnir isn’t a joke, but now the internet has Tony Stark’s number, and boy oh boy are we having fun with it.

Dialing the New York-based number leads you to Tony’s voicemail at this point because, as he says in the voicemail, he can’t use this number anymore because everyone keeps calling him.

For those out of the country, here is the voicemail:

“Hi, [sighs] yes this is Iron Man, however due to some big blonde jerk, I no longer use this number. But hey, nice try anyway. For all things Tony Stark, please visit www.tonystarkironman.com and um, try and stay safe out there yeah? I’m busy enough as it is,” the voicemail says, and honestly, maybe we should give Tony Stark a break. He’s obviously trying to help the world, right?

The number comes from the comic Thor #7, when Mjölnir falls to earth and lands in Broxton, Oklahoma, where Adam Aziz finds it and calls Tony up. It’s there because Thor fears that he’s no longer worthy (alone) of the Hammer and believes that anyone is worthy enough to pick it up. (Which is also etched into the hammer).

Going to Tonystarkironman.com takes you to Marvel, where you can purchase the comic in question, but things like this are brilliant marketing tools—mainly because Thor isn’t exactly a hero I’d normally read, but with this torture of Tony Stark? I’m definitely more intrigued.

Right now, things like this are also extremely fun for kids. It’s like when Jake Johnson was recording personal messages for kids as Peter B. Parker from Spider-Man: Into the Spider-Verse. Telling kids that they get to call up Tony Stark and listening to him make fun of Thor? Could be a fun family activity, too, in the middle of … not a whole lot of family fun.

Yes, it is just to get people to read this comic, but it’s also incredibly smart, and I love the idea of Thor not knowing why Tony was mad at him, even though this was clearly Thor just advertising Tony’s number so that he knew where to find Mjölnir.

Or maybe he really is being a jerk just to annoy Tony. Either way, the fact that Tony had to make a voicemail and seems annoyed by it? Truly a delightful move by Marvel comics.