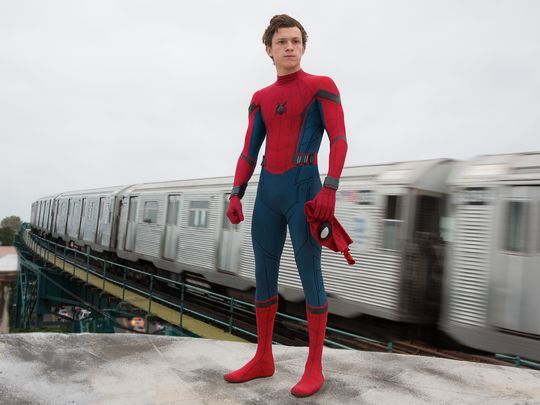 Lest we all forget: Uncharted, Naughty Dog’s video game series tentpole, is being made into a movie, and though the news has been spotty and tumultuous at best since its first announcement back in 2011 (!), fans of the series have been waiting for updates with incredibly cautiously doled-out hopes. It’s hard to tell whether this bit of news will win over or lose fans who were on the fence, but here it is anyway: Deadline says that Tom Holland will be taking on the role of Nathan Drake, the thieving, Indiana Jones-esque protagonist of the Uncharted video games.

Holland’s casting is seen as a move by Sony to double down on its young new talent, as they seem bolstered by the hype surrounding his role in Spider-Man: Homecoming. It’s true that Holland seems to be winning fans on and off the screen, both with his role in Captain America: Civil War and his fleet-of-foot dancing skills on Lip-Sync Battle. And yes, before someone else mentions it, I know that he’s actually quite the skilled dancer anyway; he did play Billy Elliot in Billy Elliot the Musical in London’s West End.

What’s especially interesting, though, is that Holland’s casting tips director Shawn Levy and screenwriter Joe Carnahan’s hands a bit, as Holland is only 20 years old to Drake’s 30 circa Uncharted: Drake’s Fortune, the first installment of the franchise. There was, however, a sequence in the third Uncharted game that focused on a young Nathan Drake first meeting up with his thief mentor, Sully (or Sullivan). There’s also even more young Drake story in the latest installment, Uncharted: A Thief’s End. It’s expected that Levy and Carnahan’s (if Carnahan stays on to continue writing, that is) story will focus on a younger Drake coming up as a thief.

In other words: Holland’s working on another movie that’s an origin story of a much-beloved protagonist. Sure, it’s not a rehashed origin story like poor Peter Parker’s, but… well, I don’t know. Maybe I’m old-fashioned, but I’m kind of origin-storied-out, you know? Anyway.

If all goes well, I’d really like to think of Uncharted as a possible spiritual successor to some of that old Indiana Jones mojo. True, there’s already a sequel in the works for that dashing hero, but I would welcome the thought of a younger upstart who’s eager to take on the explorer/adventurer throne.

As well, judging on the scant few details we can glean from this casting, it isn’t too much of a stretch to think that this story might also parallel that of another Harrison Ford character: Han Solo. Young, roguish thief-type first meeting his mentor and cutting his teeth in a world of crime? Yeah, seems similar enough. Not saying that’s a bad thing—quite the opposite, in fact. I’m a sucker for thieving rogues, so please, bring ’em on.

Previously, Deadline noted that Levy, the director, also directed a few episodes of Stranger Things‘ second season, and he produced Arrival, which I adored. He also created the Night at the Museum franchise, which proved to be pretty popular at the box office, along with the Steve Carell and Tina Fey comedy Date Night and the Rock ‘Em, Sock ‘Em robots-esque Reel Steel family flick. His past work seems very well-rounded, and it should serve him well in putting together this movie.

Only time will tell if Uncharted can beat the video-game-to-movie curse that’s ruined so many other young hopefuls before.