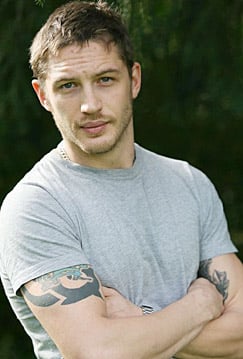 Deadline is reporting that Tom Hardy has been cast in Christopher Nolan’s new Batman movie, reuniting the pair since their work on Inception. Apparently, the strapping young man has been cast in a lead role, though whether or not the role is the movie’s villain is still undisclosed.

Speculation has it that the movie will feature the Riddler, though the character isn’t generally portrayed by an attractive, muscular man, and is regularly portrayed as somewhat of a spazzy punching bag. Either way, is anyone going to care if the Riddler possesses supermodel good looks when they get to watch him flaunt said looks on screen for around two hours?