This is the worst reality show I've ever seen. 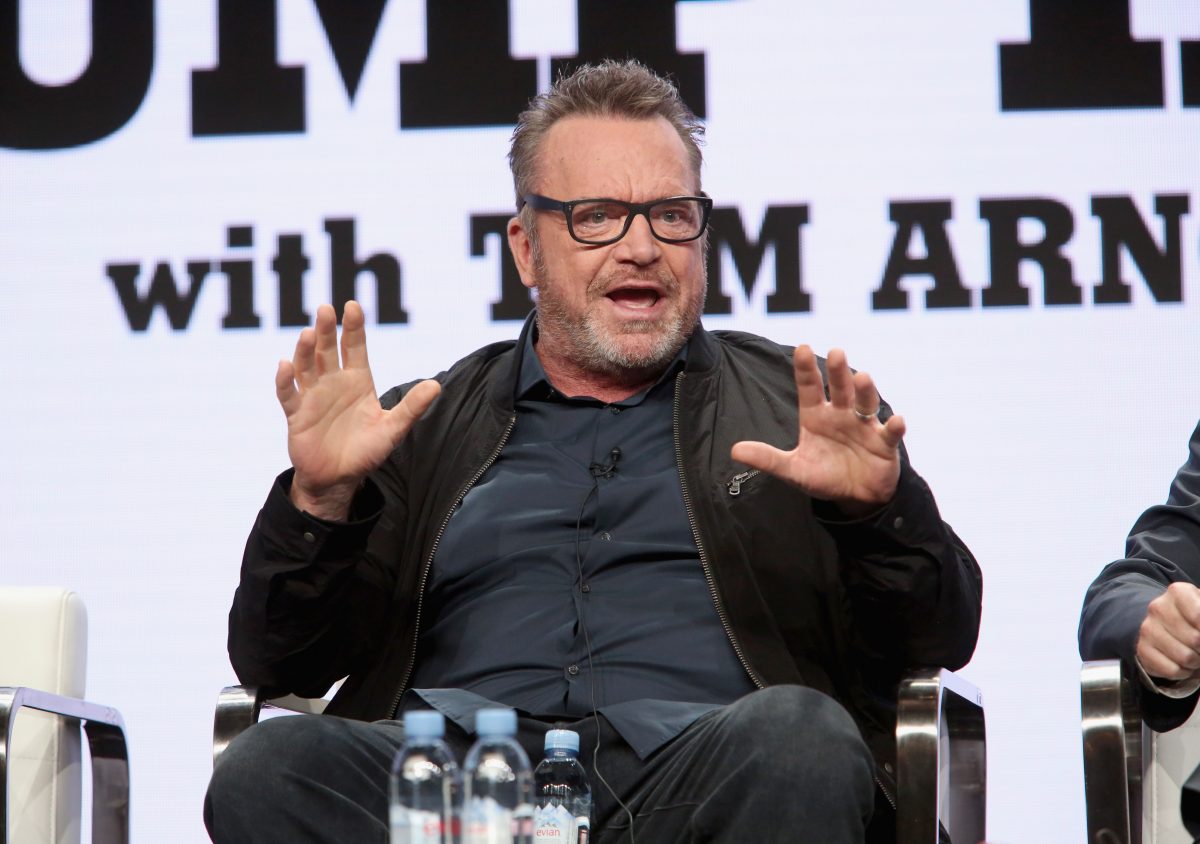 Picture yourself going back in time to the year 2000 and telling your younger self about 2018. Imagine having to explain that not only is Donald Trump president, but Tom Arnold is on a mission to take him down. Yes, Soul Plane‘s Tom Arnold. How hard would you laugh in your own face before ignoring your future self and go back to watching The West Wing? These are the questions that keep me up at night.

2018 continues to be a reality television-fueled hellscape, as Tom Arnold and Apprentice producer Mark Burnett got into a physical fight at a pre-Emmys party in Los Angeles. Arnold, who stars in the upcoming Viceland series The Hunt For The Trump Tapes, claims he was accosted by Burnett at the party, saying Burnett “just went apesh*t & choked me at this huge Emmy party.”

Mark Burnett just went apeshit & choked me at this huge Emmy party then he ran away with his torn Pink shirt & missing gold chain. I’m waiting for LAPD

Arnold has been working to uncover the infamous pee tape, as well as behind the scenes footage from The Apprentice that allegedly shows Trump using the N-word. Arnold was a friend of Trump’s for decades before Trump was elected president, and since then Arnold has been trying to expose him. In an interview with Jimmy Kimmel, Arnold said of the tapes, “He says the N-word, he calls Eric [Trump] the r-word, there’s two people who have never called me a liar about the N-word tape: Donald Trump and Mark Burnett, because they know it’s true.”

Burnett’s wife Roma Downey (from Touched by an Angel in case this story didn’t have enough 90’s references) tweeted a photo of a bruise on her hand with a caption that said that Arnold “ambushed” her husband.

Got this bruise tonight when Tom Arnold tried to ambush my husband Mark and me at a charity event. Is your TV show worth it Tom?Please stop pic.twitter.com/lXvuKjIMI2

Bullshit. You lie your crazy husband attacked me you psycho. I’m filing police report & suing you for defamation. https://t.co/9yXAEXM6na

According to eyewitness Alyson Hannigan (Buffy the Vampire Slayer), Survivor host Jeff Probst had to break up the fight. Good thing he has all that Tribal Council experience to fall back on, am I right?

Walked n2 party behind Tom Arnold and saw him & Mark Burnett get into a fight!Thought it was a joke until security jumped in! #WhyIstayhome

Later that night, Arnold was overheard telling people that the Trump tapes he found have been “handed over to Ronan Farrow.” Time will tell whether Arnold found anything substantive on any tapes, and furthermore, whether said tapes will make a difference on anyone’s opinion of Trump.

If Tom Arnold is the Deep Throat that brings Donald Trump down, it will be a fitting end to the cavalcade of C-list celebrity nonsense we’re now living in. What a time to be alive.