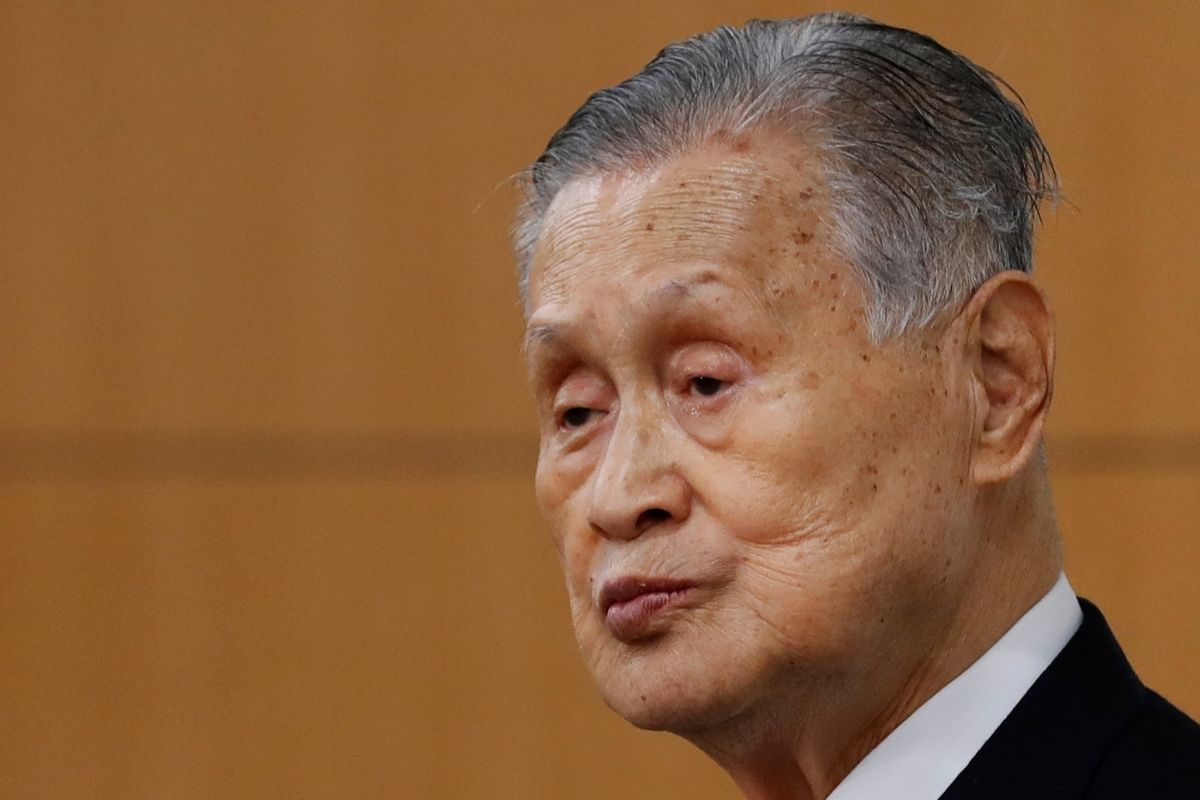 Yoshiro Mori, the head of the Tokyo Olympics organizing committee, thinks women talk too much. According to Japanese newspaper Asahi Shimbun, Mori’s sexist comments happened during a Tokyo Olympics meeting. He was quoted as saying that women talk too much and that meetings with too many female board directors “take a lot of time.” The meeting continued and apparently erupted in laughter at Mori’s comments.

The Japanese Olympic Committee board currently has 24 members, five of whom are women. The committee, which is responsible for selecting Japanese Olympians, set a 2019 goal of increasing the number of female board directors to 40%. That means that those women have had to endure Mori’s sexist comments or now have the knowledge of how the head of their committee feels about them. And that’s just all sorts of wrong.

Mori was also quoted by the Asahi Shimbun newspaper as saying, “If we increase the number of female board members, we have to make sure their speaking time is restricted somewhat, they have difficulty finishing, which is annoying,” and he followed it with this gem: “We have about seven women at the organizing committee but everyone understands their place.”

First of all, these women are there to do a job, to select Japanese Olympians. They are not there to have to deal with sexist garbage from a man who has no shame in hiding how little he thinks of women. They are there, just like any man, because they are committed to their craft and want to pick the best of the best to represent their country.

Thirdly, women do know their place, and that’s in the board room. They don’t need anyone telling them where they should and shouldn’t be. They have dreams like everyone else and they’re going to accomplish them with or without anyone’s help. Just because Mori is intimidated by strong women and the space they take up in this male dominated world doesn’t mean he can brush them off as annoying.

As of now, Mori has apologized for making “inappropriate” remarks about women. But he has no plans to resign, and the International Olympic Committee told Reuters that the issue was considered closed after the apology. It might be closed for them, but it’s not for the women who have to deal with Mori in their day-to-day. It’s not closed for myself, who will side-eye the Tokyo Olympics until the next Olympics comes around. And it’s not closed for the women who have been reminded of the sexist crap we have to deal with just for being ourselves.