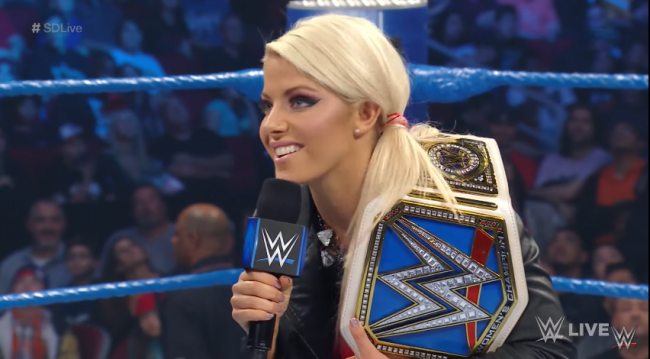 What’s up, wrestling fans! Each week, Sam Riedel and I discuss our favorite and least favorite moments from WWE’s live programming including Raw, Smackdown and NXT. Join us Friday afternoons at 1 p.m. ET because we’d love to see your comments!

This week, we’re taking on Charlotte’s “apology” to her father, Ric Flair,  as well as our undying love for Lana. Over on Smackdown’s we’ll be going over the fallout from TLC. Plus, our resident queen Ember Moon went up against Kimber Lee on NXT. So much to discuss.

Don’t forget to tune in!