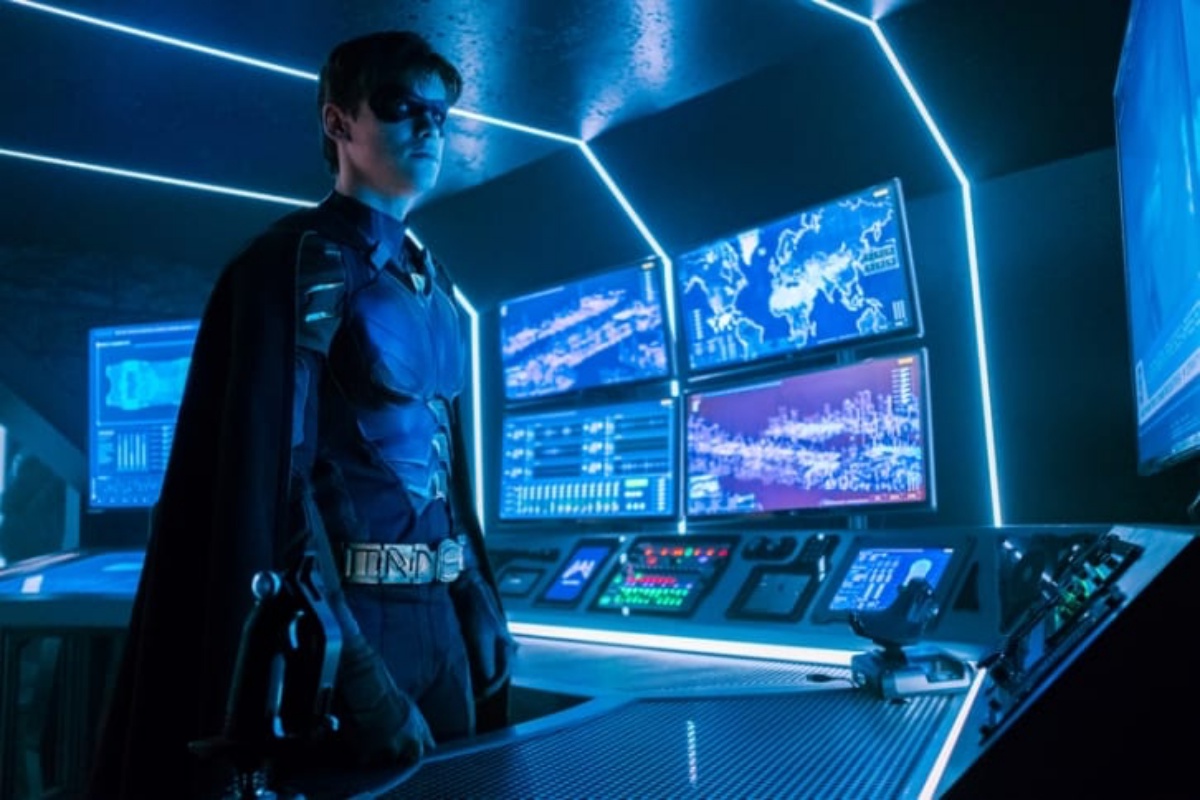 Since before it premiered, Titans had a lot of things working against it, some of its own making and others that came from a lot of skepticism of what this whole thing would be.

Ultimately, it ended up being a show that I think was polarizing mainly due to the tone, writing, and pacing of the series more than anything else. This adaptations of Teen Titans was never going to be everything to everyone, but I think it had some solid pros and some equally solid cons. It’s not for everyone, but it also has a lot of charm because of the cast.

While I’m still working on figuring out my ultimate feelings, the finale left me with some additional things to process.

**SPOILERS FOR TITANS SEASON ONE FINALE.**

Dick Grayson spends the episode trying to stop a bloodthirsty Batman, who has been killing people ever since Commissioner Gordon was killed by the Joker (someone should really do something about that guy). In response, Batman has turned Gotham into a hellhole, so Jason Todd reaches out to Dick because their dad has finally shit the bed.

This episode really focuses on Dick’s own fears and duality that have been a constant theme throughout the series. He doesn’t want to submit to the darkness, but due to how he was raised and the loss of his own parents, it’s something that follows him. His brutality is part of his strength, but it’s fed by something unclean.

Titans doesn’t shy away from showing Bruce at his darkest, and while I’m sure that’s something some fans will enjoy, it’s all kind of whatever for me, honestly. Outside of the Arkham games, the overdone brutality of Batman does nothing for me. I’d much rather see the parts of Bruce that are intelligent and emotive than all of this violence.

Not that I don’t enjoy violence; I was raised on Rambo and Jet Li, but that is just not the mode of Batman I like. That’s just me, though. If you want to see an evil, no morals at all, blood-lust-fueled Batman kill his entire Rogues’ gallery, well, here you go.

Bruce kills everyone, including Kory (Starfire), and eventually, during a battle, Wayne manor falls on top of Bruce, leaving him helpless. Dick, finally giving in to the darkness, kills Bruce.

And then the weird shit happens.

We learn that—shocker—it was actually a hallucination by Trigon meant to break Dick and push him into the darkness and all that.

Yeah, kind of underwhelming, because nothing is more frustrating than “it was all a dream” stuff. I think that, if the goal was to break Dick down so badly that he went to his darkest mental place, that could have been done in ways that have lasting story effects, not just a no-holds-barred death match that gets retconned.

The finale combined the things I enjoy about Titans, the character stuff, and the thing I really dislike about Titans: the extraness. We shall see what will happen in season two, with Robin/Dick becoming the actual token evil teammate.

What was even more interesting was the post-credit scene in dun-dun-daaaaaa … Metropolis. We jump to seeing a naked man in a lab having slaughtered a bunch of scientists. The man has a Superman logo barcode on his arm, so you know what that means: Superboy for season two of Titans.

But the most important part is who Superboy breaks out of jail with him: Krypto the Superdog.

Do I think the cast of Titans needs more people when it could barely give Kory and Gar screentime? Not too much, but as a Supes fan, I will be interested in seeing how Superboy will be incorporated in the universe and whether that means we get to see Clark Kent himself.