Raising the profile of comic book characters is kind of his thing, huh? 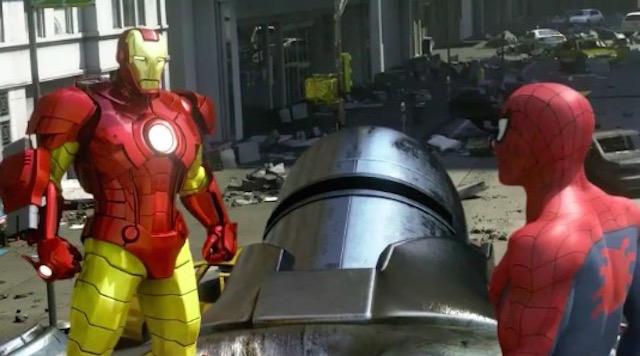 Director Tim Miller may have proven his skill and comic book love to the world with the runaway success of Deadpool, but what the world may not know is that he had a hand in the start of Marvel’s entire cinematic universe.

Marvel Comics’ Joe Quesada took to Tumblr to explain Miller’s involvement in Marvel’s movie offerings, which amounts to a few CG shorts featuring some movie Avengers (plus Spider-Man). Marvel was having some audience awareness issues with Iron Man, and as Quesada tells it, Miller stepped in back in 2007 to create essentially an “advertorial” cartoon that would help make some of the key features of the character clear to younger audiences:

Three animated shorts with a simple clean story that would introduce Iron Man to younger viewers using our two most recognizable characters at the time as bait. Our marching orders were to…
1- Clearly demonstrate that there was a man inside the armor.
2- Show off his wide range of cool powers.
3- Position him clearly as a hero on the same level as Spidey and Hulk by having those characters show how cool they perceive him to be and valued him as a peer.

What resulted was a short story that clearly accomplished those goals while also feeling extremely reminiscent of The Avengers overall, before the MCU even existed. No wonder Deadpool turned out so great.

[W]hat always makes me smile when I watch them are the little bits and pieces that would later come to influence certain moments in our films. See if you can spot them. What’s also fun to see is how even back then Tim’s wonderful and mad cap directorial skill was clearly evident.

(via GeekTyrant, image via Marvel Entertainment)