One could even say he... gave us the Deetz. 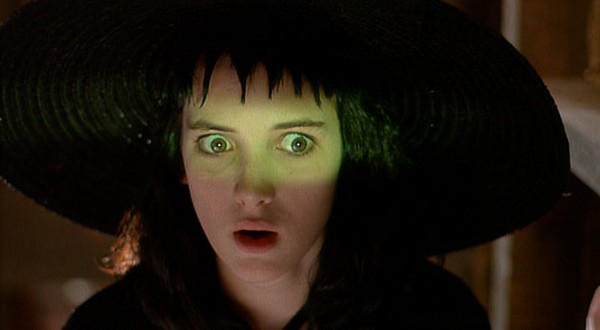 Tim Burton has assumed his human form for the Big Eyes promotional tour, and he came with glad tidings: Winona Ryder is returning for the “closer than ever” Beetlejuice sequel!

Quoth Burton, “I worked with [Ryder], I hadn’t seen her in awhile… and she was so great. I was so happy to see her. So those kinds of elements mean something to me. Michael, and her… and that character, I just miss it, there’s some freedom about that character that I love.”

In addition to spreading the strange and unusual news of Winona’s return, the Batman director also gave his input on the recent influx of superhero films:

Marvel, they have their thing and there’s a certain formula to it all which seems to still be working […] But how many times can you say ‘you’re wearing a funny costume’ with the tights and stuff? That’s been going on for 20 years now. Yes, we all know that superheroes are damaged individuals. Maybe we need to see a happy superhero? […] I remember Batman getting so much flak and criticism at the time for being too dark,” Burton said, “and now 20-30 years later, it now looks like a lighthearted romp. It’s such a strange thing to go through.

I agree with Burton that inner demons shouldn’t be a prerequisite for heroism, but it’s interesting to note that this is the same director whose infamous failed Superman movie would have featured Clark Kent in therapy. Maybe instead of “happy” superheroes, Burton wants greater visibility for characters who are skilled at self-soothing, or who aren’t angst-ridden about seeking emotional support? Or male superheroes whose primary motivation isn’t emotional turmoil over the death of a female foil? I’d be down.