More than meets the Big Eyes. 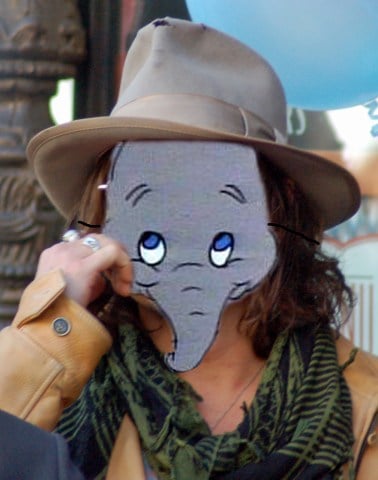 TFW you know you’re gonna be an elephant.

Following the footsteps of Disney’s live-action Maleficent and Cinderella (and the upcoming Jungle Book adaptation), Tim Burton is set to bring Dumbo back to the big screen with a script from Ehren Kruger (Transformers: Age of Extinction, Transformers: Dark Side of the Moon) and Justin Springer (TRON: Legacy).

According to The Hollywood Reporter, Burton’s adaptation will go beyond the world of the original film, and “add a unique family story that parallels Dumbo’s journey.”

Although my gut tells me that Tim Burton’s aesthetic might not be well-suited to this particular adaptation, I will say that at least a remake of Dumbo does have the unique opportunity to partially atone for some of the original movie’s racism. What do you think, gang?