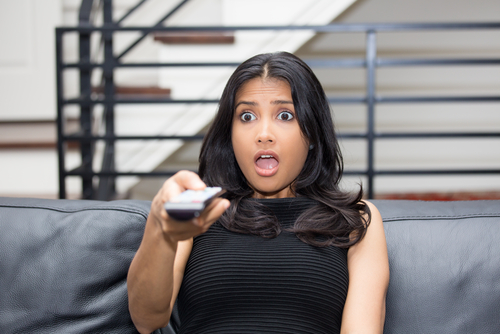 On Jimmy Kimmel Live, actor Tim Allen admitted to attending Trump’s inauguration and then complained, “You gotta be real careful around here. You get beat up if you don’t believe what everybody [else] believes. This is like ’30s Germany.”

“Silencing” and “censorship” are common refrains among Hollywood conservatives, who are repeatedly shocked and wounded to find that people don’t like you when you advocate for the oppression of others. And if simple conservatism was actually costing them work, one might have some sympathy. Art should be able to represent the diversity of human experience, and in the U.S. that includes NRA-loving hunters, libertarians, and Republicans.

However, no one is oppressing conservatives. They’re even free to make conservative-leaning shows on major networks…a privilege that Allen himself has celebrated.

In an interview with The Hollywood Reporter last year, he spoke about playing the conservative main character on his ABC sitcom, Last Man Standing, and how the character provides an outlet for a lot of his own political views. “We’re getting away with a lot of stuff,” he said, “I’m really shocked. This is a meaner, sharper comedy than I’m used to. There’s a lot of times our very liberal writing staff will come up with stuff that even my character would say, ‘I don’t know if I can say that.’…These guys know me so well that they’re writing stuff that is exactly what I would’ve said.”

We’re getting away with a lot.

They’re writing stuff that is exactly what I would’ve said.

Allen’s conservative sitcom is now in its sixth season, and he has a star on the Hollywood Walk of Fame: two well-established signs of…censorship and ostracizing? Oh, wait. Clint Eastwood makes A-list films every year. Mel Gibson directed an Oscar-nominated movie this past year. Conservatives, even violent ones like Gibson, can find plenty of work in Hollywood.

Do these men still get flack for their comments? Undeniably, yes. No one is obligated to pretend your opinions are welcome or well-reasoned when they’re not. No one is even obligated to keep working with you despite those opinions–and yet, plenty of liberals in Hollywood do work with Allen, Eastwood and other right-wingers.

Allen seems to fall into a familiar trap for conservatives. They don’t want the ability to voice their opinions. (They have that already.) They want the ability to voice their opinions and be praised for them. Unlike progressives, who tend to aggrandize by imagining that they speak for the marginalized and the future, conservatives aggrandize themselves as the voice of the silent majority–saying what most people are too afraid to say, speaking up for the everyman. They like to think everyone secretly agrees with them, and when that illusion is crushed by the public response to their comments, they feel attacked.

However, the Constitution only guarantees you the right to speak. It does not give you any rights over the response to that speech. If people consistently respond poorly to what you’re saying, maybe it’s your words that are problem.

Lastly, when attending the inauguration of a man who has multiple white supremacists and reportedly card-carrying Nazis in his cabinet, maybe don’t make comparisons to ’30s Germany.

(Via The Washington Post and The Hollywood Reporter; image via Shutterstock)