Creator of Hit “Renegade” Dance Finally Stars in Her Own Documentary I Am: Jalaiah 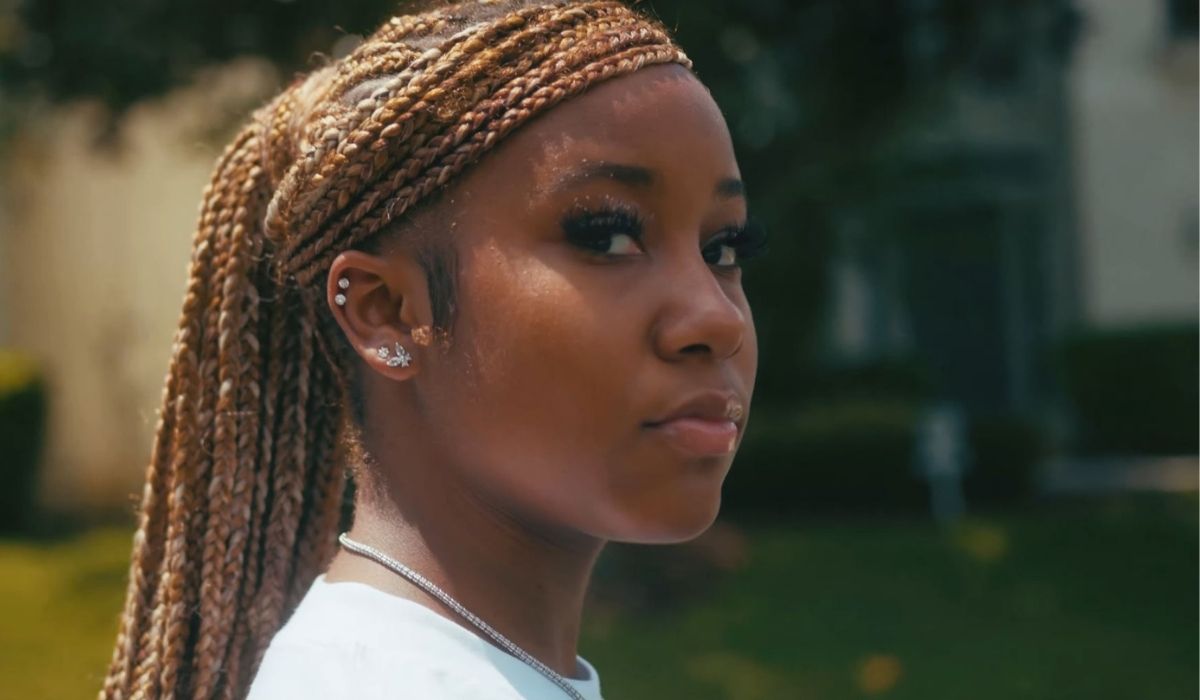 For those that don’t remember or just weren’t paying attention to TikTok until it was trolling Trump in the 2020 election, the Renegade dance created by Jalaiah Harmon was the dance on the platform as 2019 moved into 2020. After the then-14-year-old choreographer (I use this very intentionally, because she is versed in many styles) uploaded it to the TikTok alternative Dubsmash (now owned by Reddit), the dance took off.

Already rich and the biggest name on TikTok, Charlie D’Amelio (whose family now has a Kardashian-style show on Hulu) recreated the dance and made it big on TikTok, where it took off thanks to her millions of fans and the algorithm built to be in her favor as a young, white girl. It took a New York Times article months later for much of this to be known to the public.

In those months, D’Amelio and other-like TikTok creatives like Addison Rae got invited to NBA All-Star Games, Ellen, Jimmy Fallon (who keeps doing this), and the MTV Music Awards, to say nothing of the dozens of brands these women of nabbed deals with, from Dunkin Donuts to Invisalign. A few weeks back, while looking for a Bluetooth dongle at Target, I saw a ringlight (in two sizes) on the shelf with an image of both Charlie and her sister Dixie on the box to affirm this is theirs.

Think of the plot of this mess like Bring it On (the original), but online with a global scale, with millions more dollars at stake. It got so big that the song, “Lottery,” by K Camp, was renamed on Spotify to “Lottery (Renegade)” to help people find the track.

In interviews since her name was discovered, Harmon has been overly nice, saying she just wants credit. However, the trailer that dropped today for the documentary I Am: Jalaiah seems to imply that she understands her story is one of many other Black people who have had their work stolen for white people to profit from. The documentary promises to explore redemption, how the internet changed from this dance, and where culture comes from.

If you have a NYT subscription or haven’t used your one article for the month, this viral profile is a good read and gives a lot of background on Harmon. I personally think that it should have accompanied a video component considering the audience that her talents took root in, but I’m still glad they did it.

This documentary and other way-too-late flowers to Harmon might have never happened otherwise. I’m holding out on thinking this documentary is going to be everything, but I hope it gives Harmon a voice and calls attention to these wider issues through a contemporary lens.

What we know has happened since

While, in the last year, she finally gained access to some of the same level of sponsorship as the white dancers on the platform by working with Reese’s Puffs, Spotify, and more, the problems didn’t disappear. TikTok as a platform was caught suppressing viewership of people “vulnerable to cyberbullying” (people of color, disabled, fat, etc) and is rampant with theft of Black art. This prompted Black creators to strike.

When people searched for what new dance came with Megan Thee Stallion’s (then) new song “Thot Shit,” they were met with videos dunking on those looking for a dance and videos about the boycott. Now, months later, a few dances relating to the song have gone viral with varying degrees of quality.

Also, two months ago, I mentioned that one of the main easy fixes creatives (like Tee Noir) were looking for was a way to search the history of a hashtag or sound by date rather than by popularity or relevance. This doesn’t solve the more complicated issue that happened to Harmon when her dance was stolen from another platform (something other Black Dubsmash creatives have reported), but it is a start—a basic one, at that.

I am: Jalaiah premieres October 13 on the Togethxr YouTube channel.