tick, tick… BOOM! Is a Treat for Anyone Still Holding On to Their Inner RENT Fan 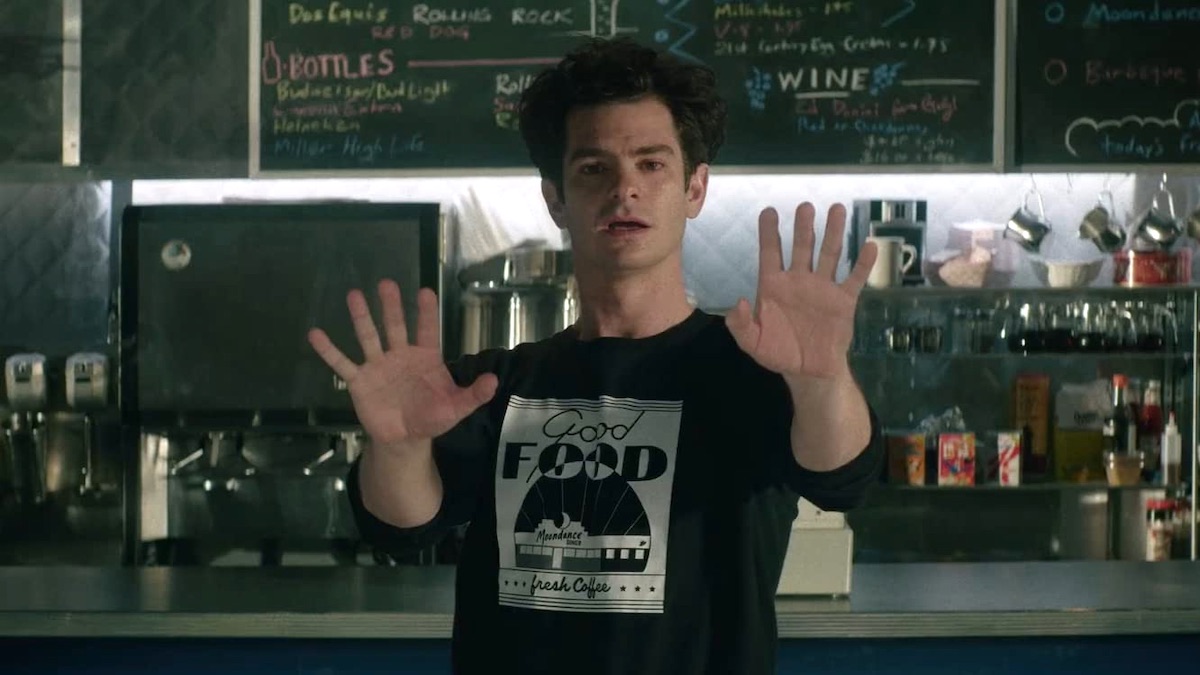 After the incredible mess that was Dear Evan Hansen, there was some anxiety about what the future of the movie musical would be. Especially since even West Side Story, which had good reviews, underperformed and will be considered a huge loss for 20th Century Studios.

tick, tick… BOOM! which aired on Netflix and was directed by Hamilton‘s Lin-Manuel Miranda in his feature directorial debut, is very much something special in terms of what it reminds us about the difficulty of actually trying to make good art.

The musical tells the story of Rent creator, Jonathan Larson (Andrew Garfield), who died suddenly at the age of 35 before he could see Rent’s success, and would receive three posthumous Tony Awards and a posthumous Pulitzer Prize for Drama. Regardless of what you might think of Rent, which always has created heated debate, there is a tragedy of the fact Larson died so young. He made some amazing music, and while his character work is a bit weak (although I do still enjoy them), he could have matured into making something brilliant.

In this fictionalized look into Larson’s life (inspired by the off-Broadway musical tick, tick…BOOM!, which was staged after Larson’s death and was itself an arrangement of his semi-autobiographical work), we see his own personal struggles. Larson is trying to balance his work at the Moondance Diner in SoHo (RIP) with preparing for a workshop of his musical and passion project Superbia. At the same time, he’s dealing with the existential crisis of turning 30 in a week while feeling behind because his heroes and musical icons have already created iconic works by the time they were that age.

As someone who is 29 and turning 30 in a few months, relatable to say the least.

We also see Larson’s circle of loved ones including his girlfriend Susan who gets an exciting opportunity to perform her own art, and his former roommate/best friend who has left the theater world for a successful place in the Don Draper world of advertising.

For fans of Rent there is so much about Larson’s background we see that illuminates the world he would come to create. Rent sometimes seems like a collection of entitled characters, and while Larson himself did have a lot of privileges, he lived in a non-heat loft and worked for a decade in a diner in order to fuel the passion he had.

It is a starving artist mentality that doesn’t exist as much anymore, but I do respect that. And now, in the world of COVID and two years in a pandemic, his story feels even more relevant. To fight for your dreams, to grow with the people in your life that make things worth living, but also, don’t hurt yourself in order to succeed.

Garfield does an amazing job and brings to life a man who died too soon and tried to speak some truth to power. For the first time in a long time, I really thought about what was lost when Larson died and that is due to the care Lin-Manuel Miranda took in bringing this story to screen with a fantastic cast.