Below is an exclusive preview of the final issue of the ComiXology Original series, “THOR VS. HULK: Champions of the Universe,” out tomorrow! Comixology Originals are digital-only comics, produced in partnership with either comics publishers or individual creators, that are available exclusively on Comixology and Kindle.

“THOR VS. HULK: Champions of the Universe” #6 features the debut of The Promoter, Marvel’s newest female character. A savvy and disillusioned recruiter for a contest of champions, out to bury her past and get what’s hers, she miiiight just remind you of Tessa Thompson’s beloved take on Valkyrie from Thor: Ragnarok. (Hey, Marvel knows a fan favorite when they see one.) Of course, despite the similarities between the two characters, The Promoter definitely has her own thing going on. Hailing from a peaceful people who were wiped out, and viewing Asgard as a bunch of “fur-wearing, bloodthirsty barbarians,” she has a clever plan to use Hulk and Thor for her own ends.

Below is the solicit info from Marvel and ComiXology:

An Elder of the Universe wants to fight Earth’s strongest hero—but will Thor and Hulk ever agree on who that is? Of course not! They’ll have to run a gauntlet of impossible challenges to prove their worth…but what’s really waiting for them at the finish line? 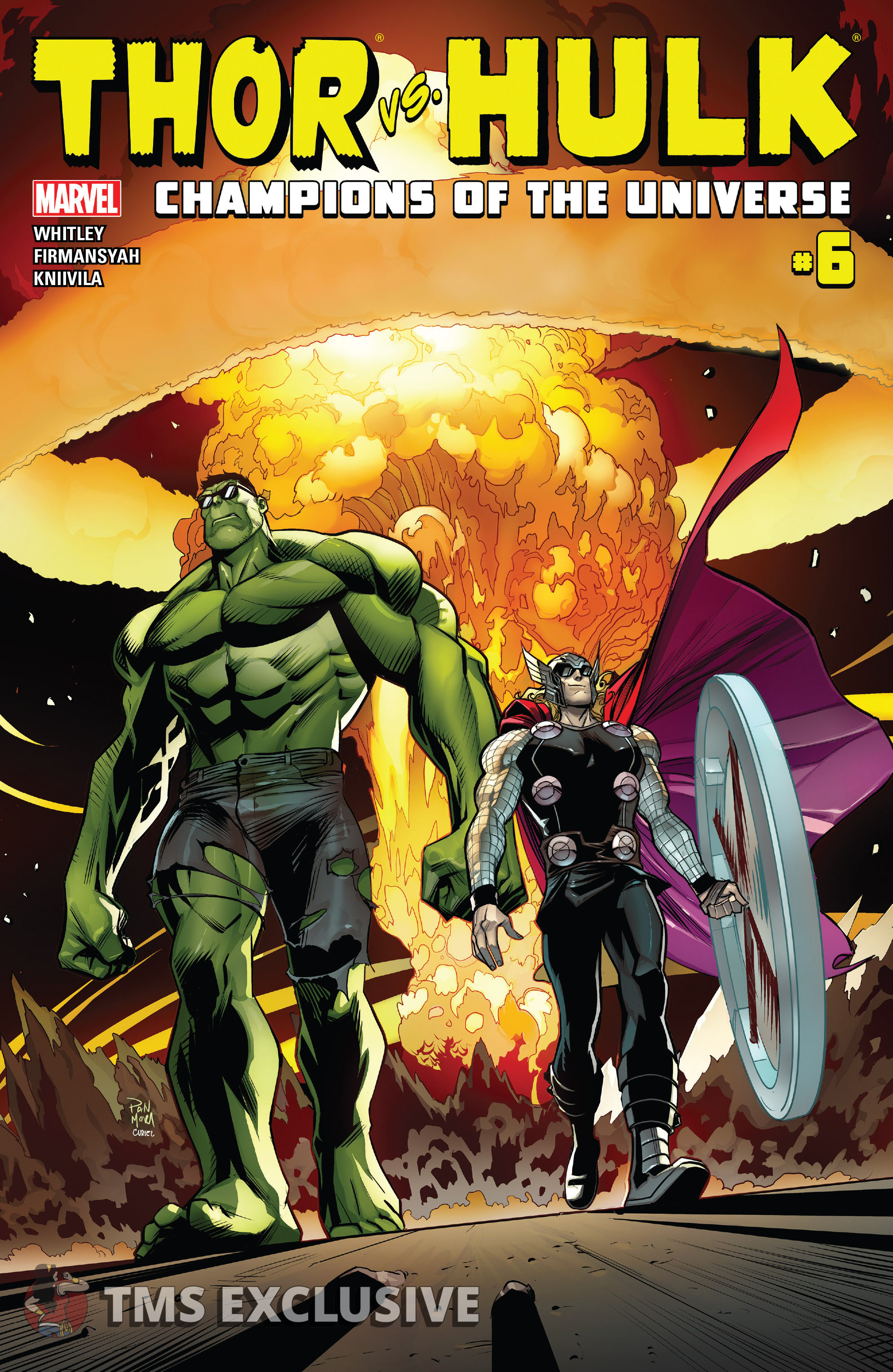 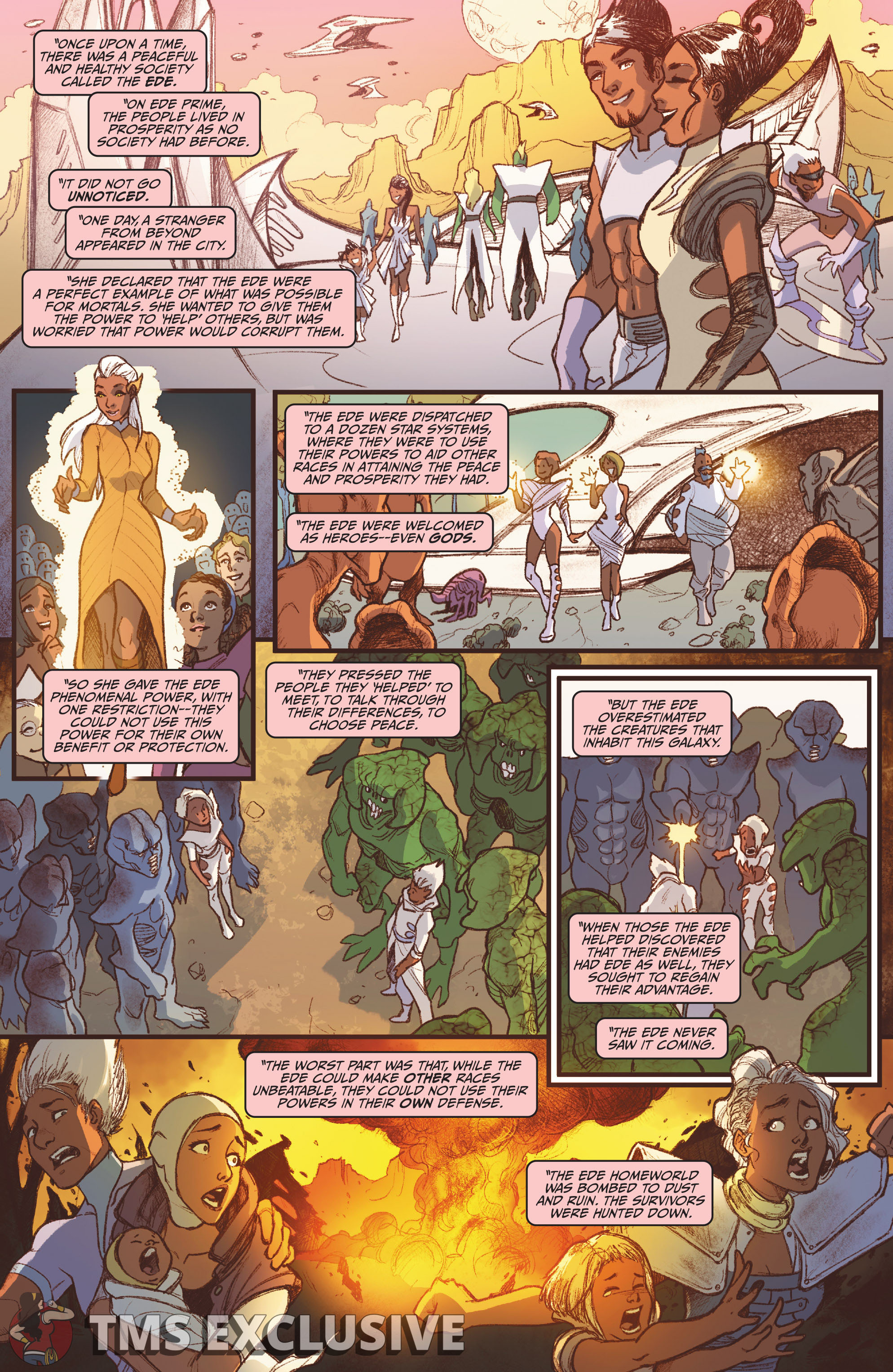 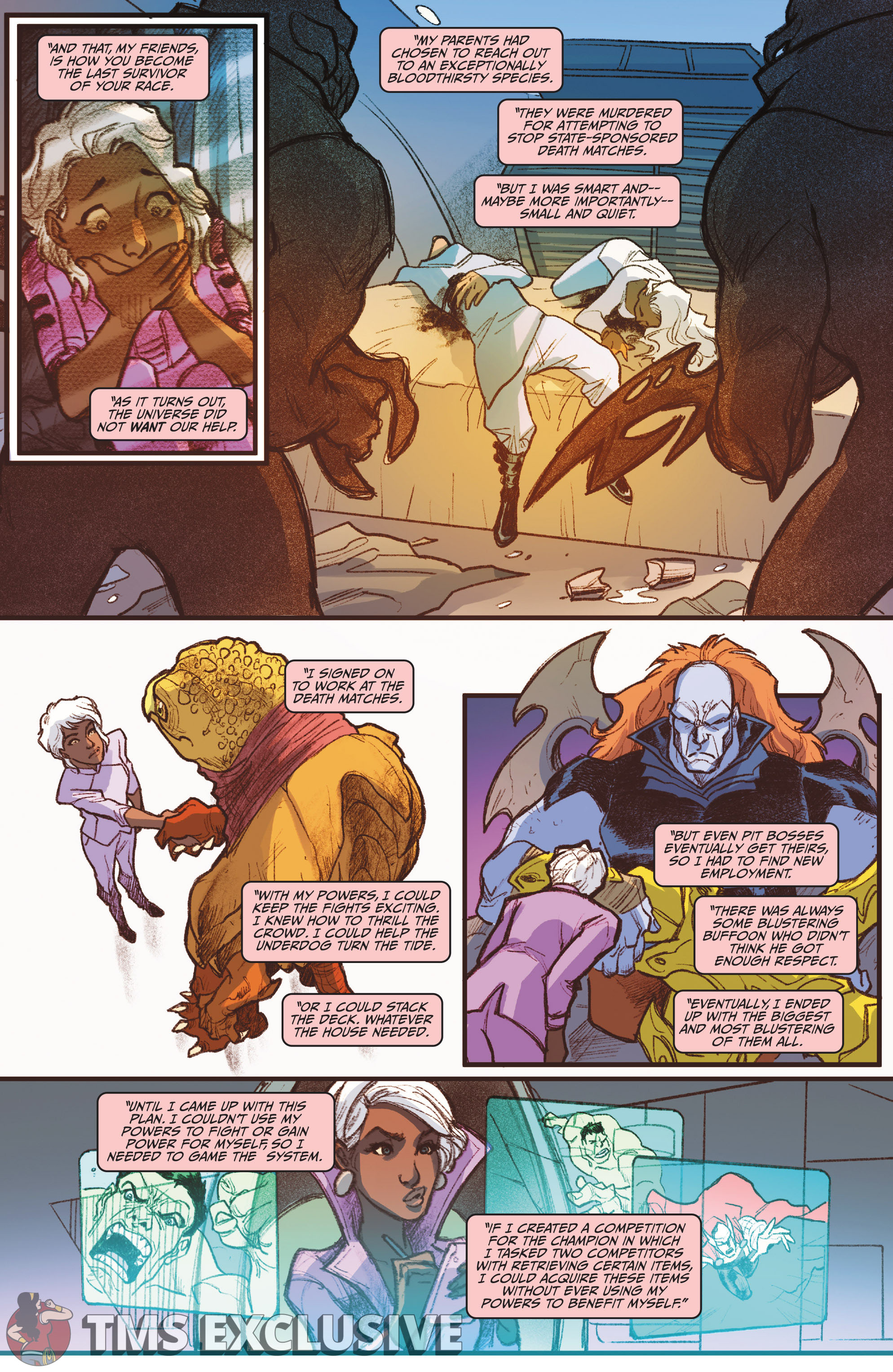 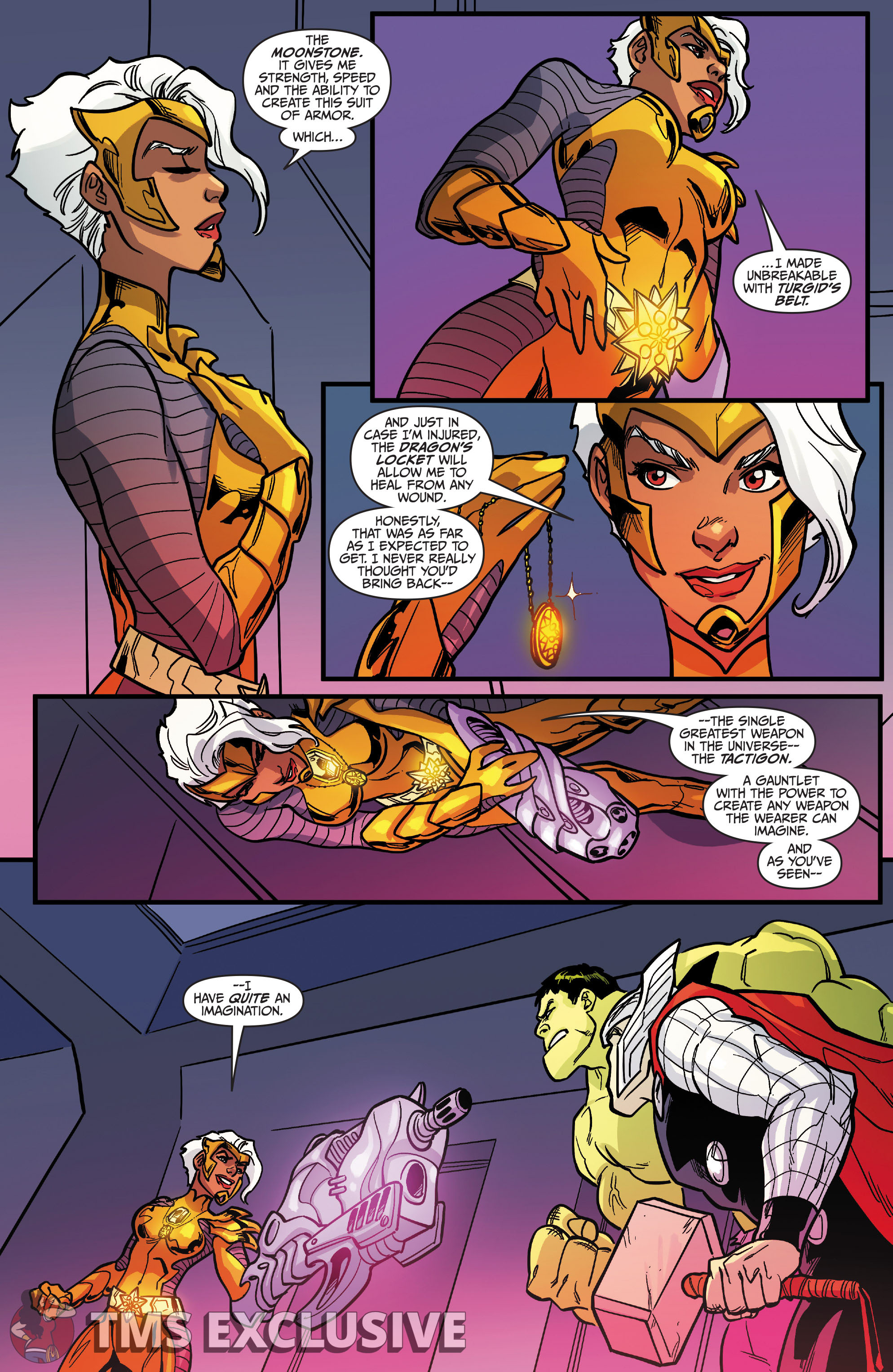 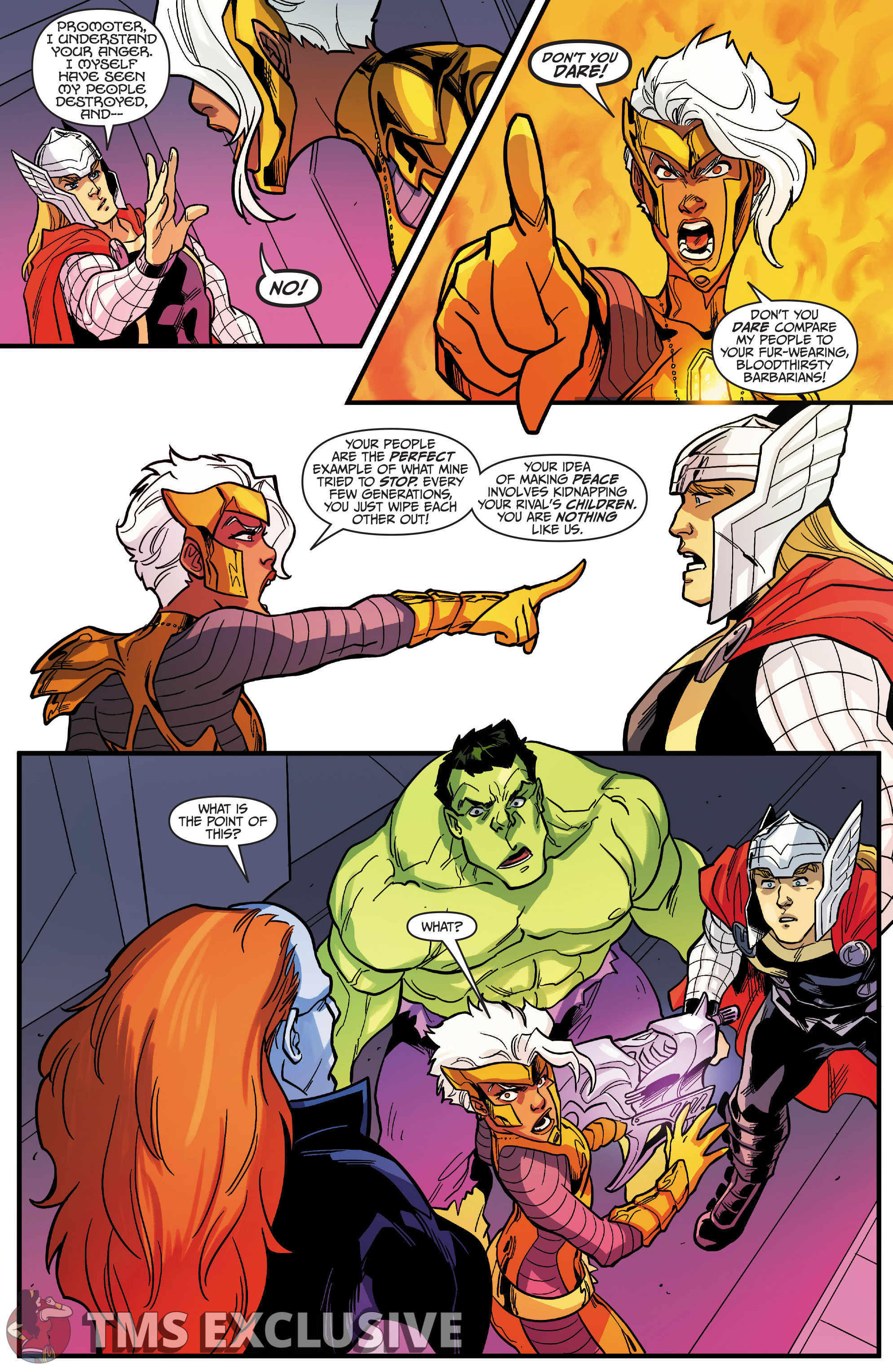 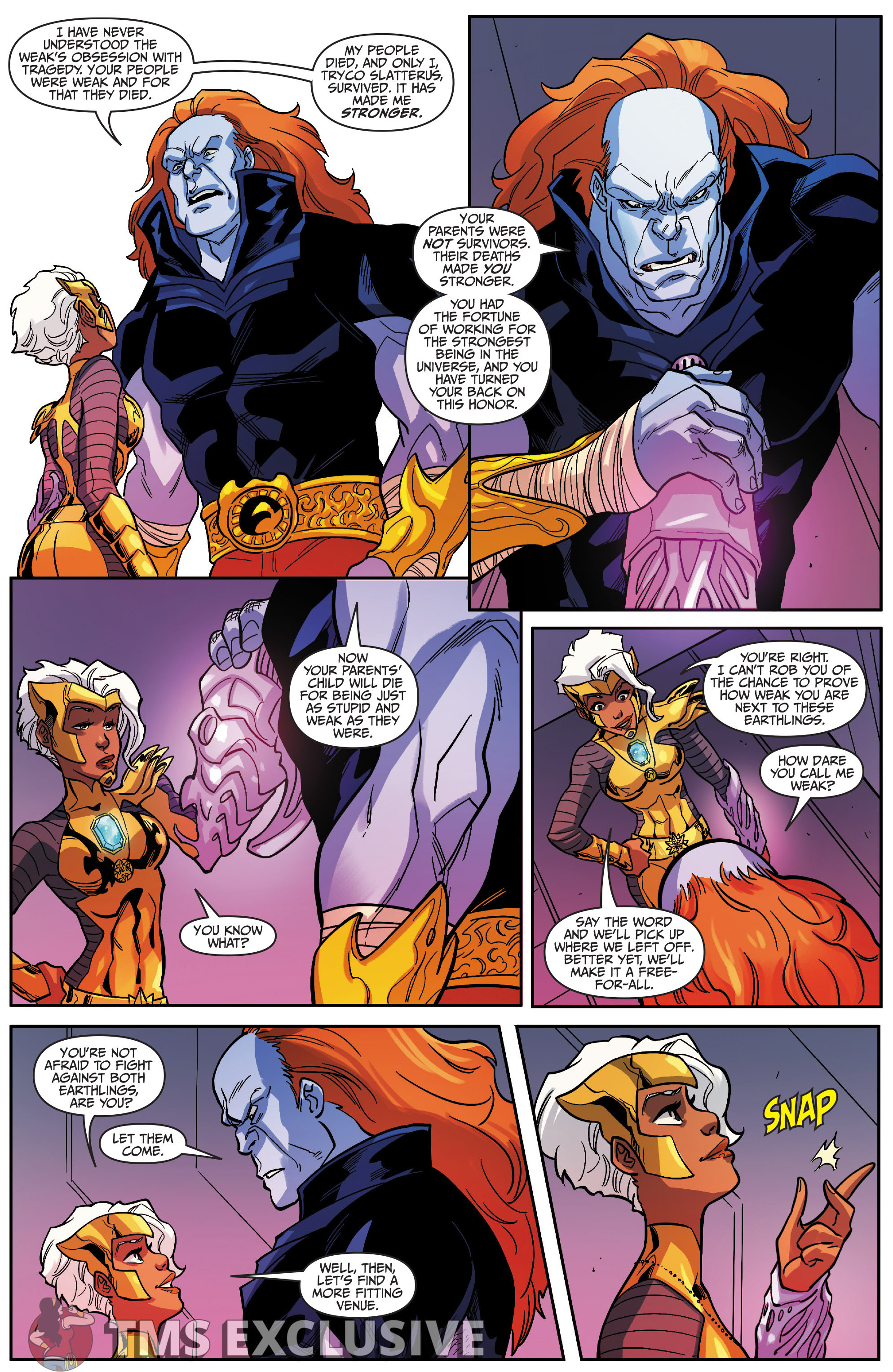