This Lovely Thor: Ragnarok Fanart Shows Our Heroes in a Whole New Light 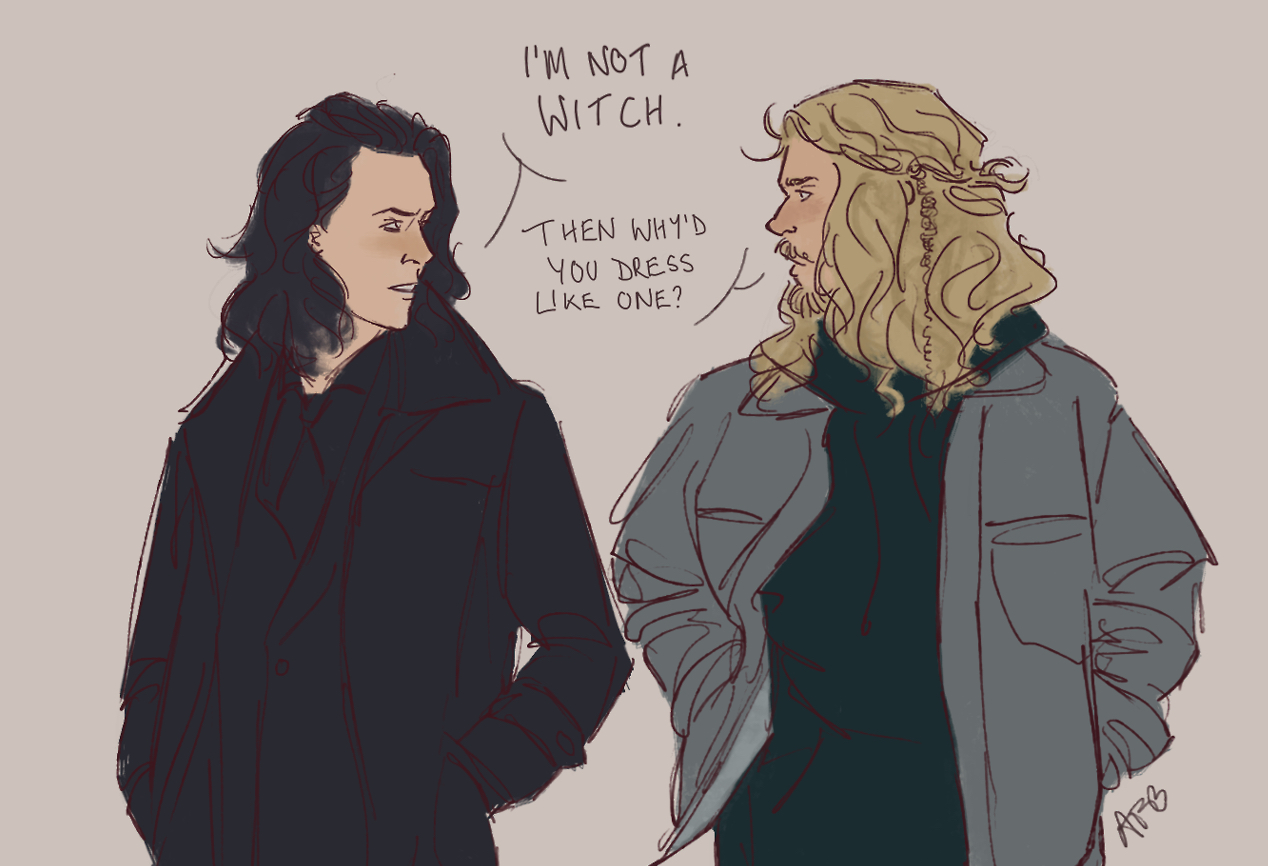 An artist on Tumblr has rendered Ragnarok‘s main cast of characters into pictures that are warm, funny, and wonderfully drawn.

I’m a longtime fan of flurgburgler’s art, so I was thrilled when she gave me permission to feature her work here. The popularity of Thor: Ragnarok has led to an outpouring of creative fanworks, with drawings, stories, memes, text posts, gifs and more popping up across social networks. The art here was some of the first I saw gaining traction on Tumblr.

This is a movie that’s made quite an impact in fandom circles, and it isn’t going away anytime soon: for some fans, it resurrected affection for characters that may have lain dormant for years (Thor: The Dark World came out in 2013, and Avengers way back in 2012); for others, it has sparked a new and nascent love affair. I’m just grateful that the Ragnarok experience gets to keep going and going online.

flurgburgler’s depiction of Loki and Thor in their Midgard “street clothes” quickly gained many likes and reblogs on Tumblr. In the movie, the scene highlights the physical differences between the two (high-fashion dark suit for Loki, casual bro wear for Thor), while letting them play out their needling banter. 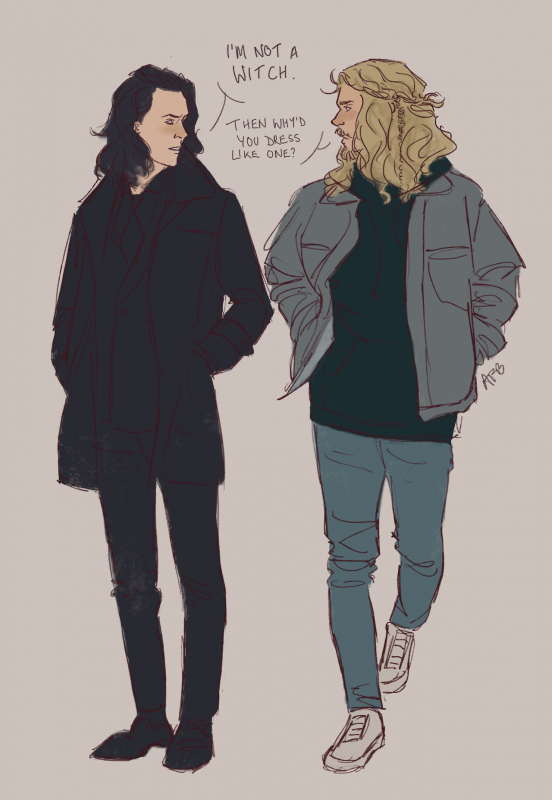 “Fave dysfunctional brothers at it again”

In keeping with the Midgardian theme, she then drew our faves in contemporary dress, and honestly, I’d be fine with a whole movie where Valkyrie is out of armor and wearing some fabulously ripped jeans. As evocative as the figures are alone, what I adore about this set are the hints of the otherworldly natures that she surrounds them with: the outline of lightning for Thor, horns for Loki, the Hulk’s face for Bruce Banner, and wings for Valkyrie. 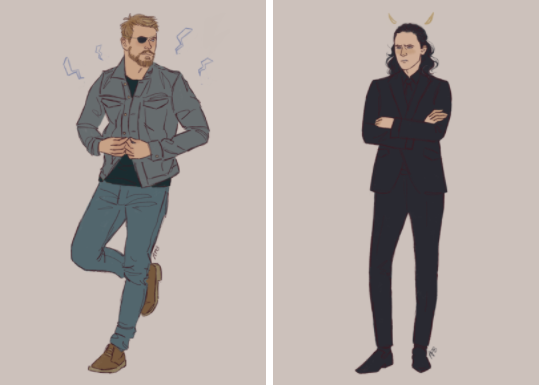 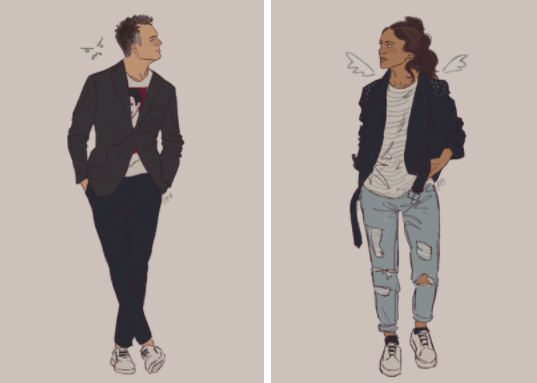 Then flurgburgler gave us our relaxed heroes all over again, dressed comfortably and grabbing a drink. I love that it feels like they’re just a chill gang hanging out here, taking in some hard-earned rest and relaxation. 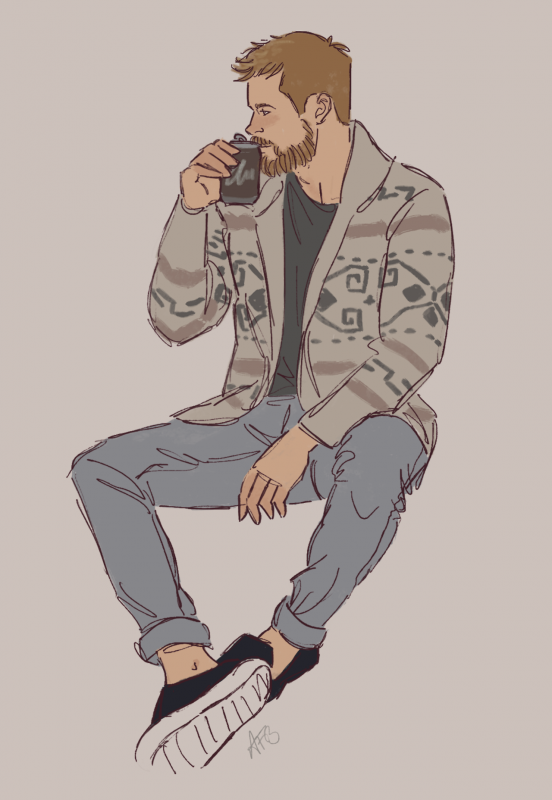 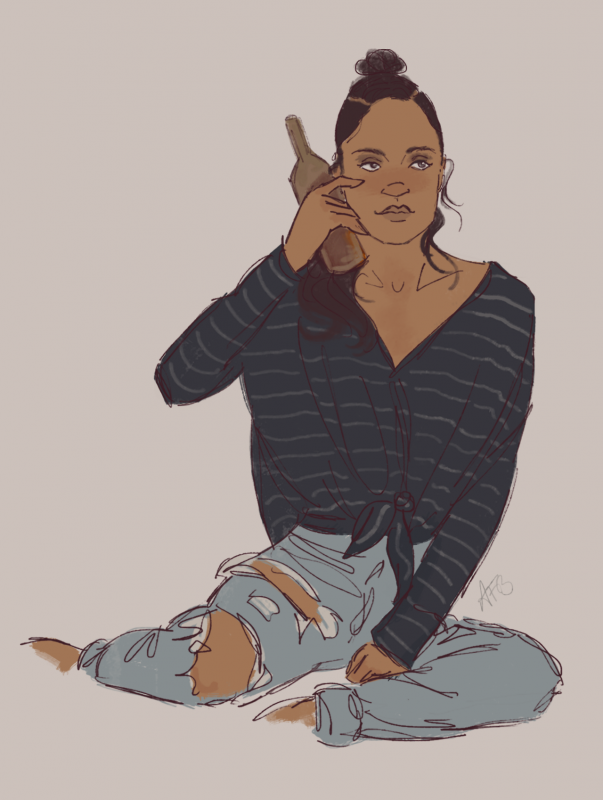 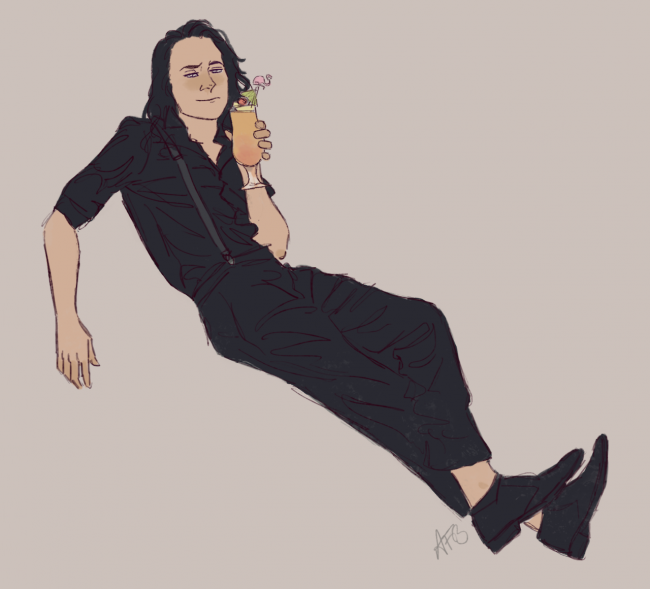 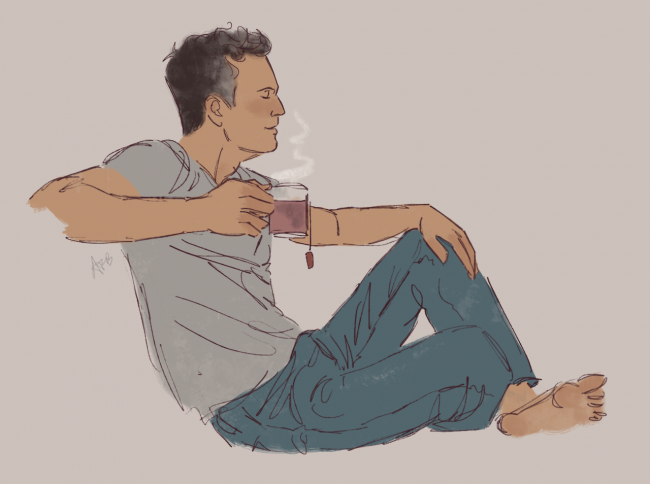 “the whole squad would make excellent drinking buddies (except bruce ‘too blessed to be stressed’ banner, who can just enjoy some calming herbal tea for now)”

One of the most delightful things about Ragnarok is that it is exceptionally funny, with many scenes of both spoken and physical comedy. Chris Hemsworth has been made to play Thor in the past with a kind of wooden gravitas as might befit a Thunder God in stately Asgard and out of his element on Earth, but Hemsworth is a talented comedic actor. In Ragnarok, we finally got to see that, and here we see flurgburgler’s play on the scene where Thor is mocking the Hulk’s decorative choices: 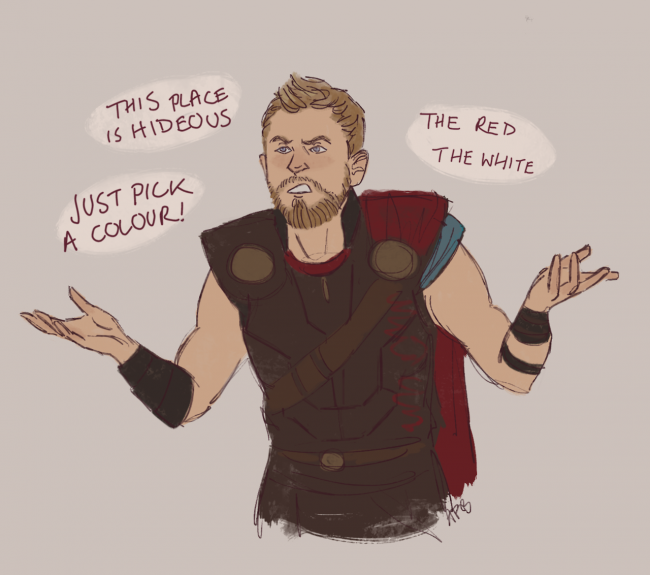 “he was so upset about the decor”

And if you never thought to glimpse Ragnarok‘s victorious survivors in flower crowns, well, I have some news for you: 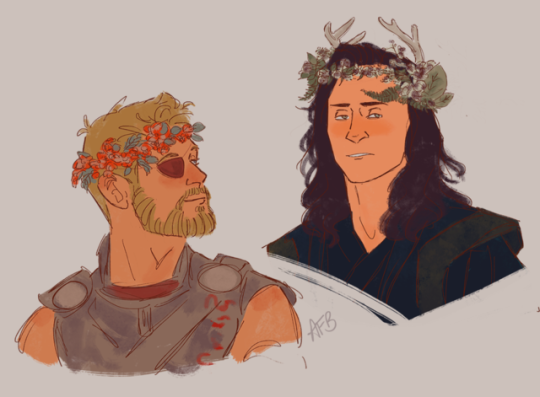 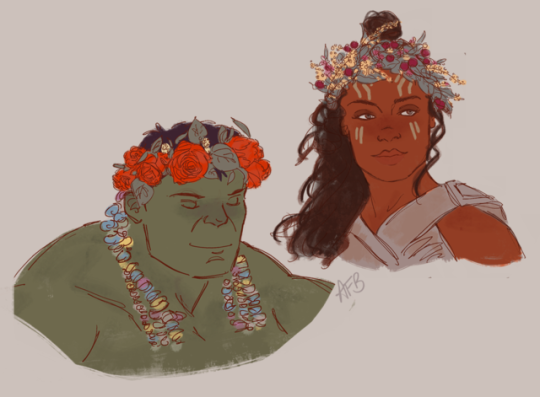 “I just wanted to draw some flower crowns man idk”

There’s a softness and dreamy quality to the art here that easily lets us envision these heroic figures in new clothes and unique situations. Even when they’re dressed in cozy sweaters or flower crowns, we still feel effortlessly connected to the characters, and the portrayals ring true, the way we might imagine them offscreen in our mind’s eye.  I don’t know if I’ll be able to think about Bruce Banner again without picturing him relaxing with a steaming cup of tea.

Be sure to check out the rest of flurgburgler’s Ragnarok art, as well as the work that she’s done in other fandoms like Star Wars, Black Sails, The X-Files, and more. If you’re on Tumblr, consider dropping by to reblog or send an admiring note. Fingers are crossed that she will continue to gift us in this vein.