Things We Saw Today: We Can’t Get Enough of Thor and Captain Marvel Together 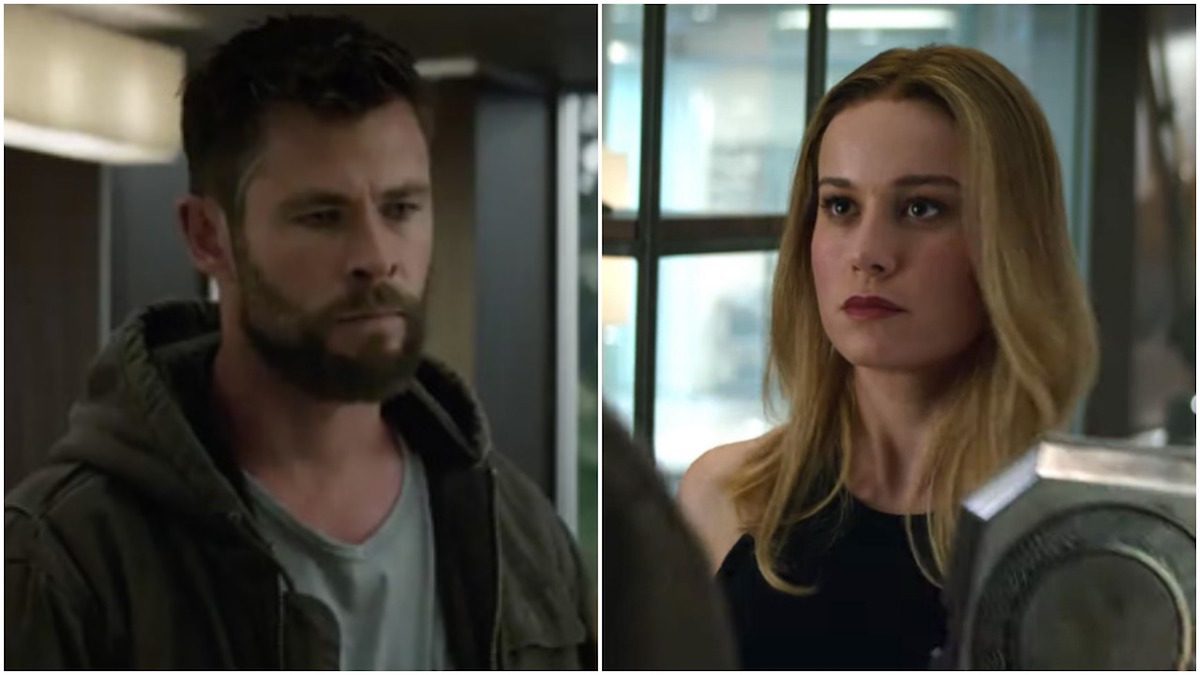 Hands down the best part of the new Avengers: Endgame trailer was Thor trying to take Captain Marvel’s measure. The few seconds of footage tagged at trailer’s end was the only moment of levity, and as these things are wont to do, it launched frenzied social media reactions, memes, fanart, and even a (misguided) ship.

Why is shipping these two misguided, you say? Well, while it’s understandable that some fans would see the beautiful Carol Danvers and the beautiful Thor, two of the strongest Avengers, and decide that there’s a romantic spark between them, they are mistaken.

Thor, god of lesbians, is far more likely spotting a potential date for his BFF Valkyrie and responding with an approving grin to Carol’s vibrant queer energy.

you fools. you buffons. hes trying to get Valkyrie a date https://t.co/4yTfEx4OMl

Romance aside, many fans loved the idea of Thor and Carol as pals, basking in each other’s mutual glow:

thor when he sees captain marvel with her glowing eyes pic.twitter.com/Wn8BED890S

The approval. The smile. The connection. I like this blossoming friendship.

captain marvel and thor will be the best, most powerful glowing friends pic.twitter.com/Na0mCxqK5R

Because let’s be real—this is quite the formidable dream team team-up:

Thanos: Fools! This is your end and…

And the two already have a history.

Some funny #CaptainMarvel and Thor interactions in comics! #AvengersEndgame pic.twitter.com/23w7pkxOzS

(But just so we’re perfectly clear about the shipping here.)

LET CAPTAIN MARVEL AND VALKYRIE DATE WITH THOR AS THEIR WINGMAN pic.twitter.com/q8ItbztD1X

best part of the trailer pic.twitter.com/4K7iUel5fc

In the end(game), we know this much is true:

the combination of thor + captain marvel in avengers: endgame,,, the chances are pretty high that pic.twitter.com/5kOEG3alEl

What did you see ou there today on this fair Friday?