This Week In Space: NASA Came To SXSW! 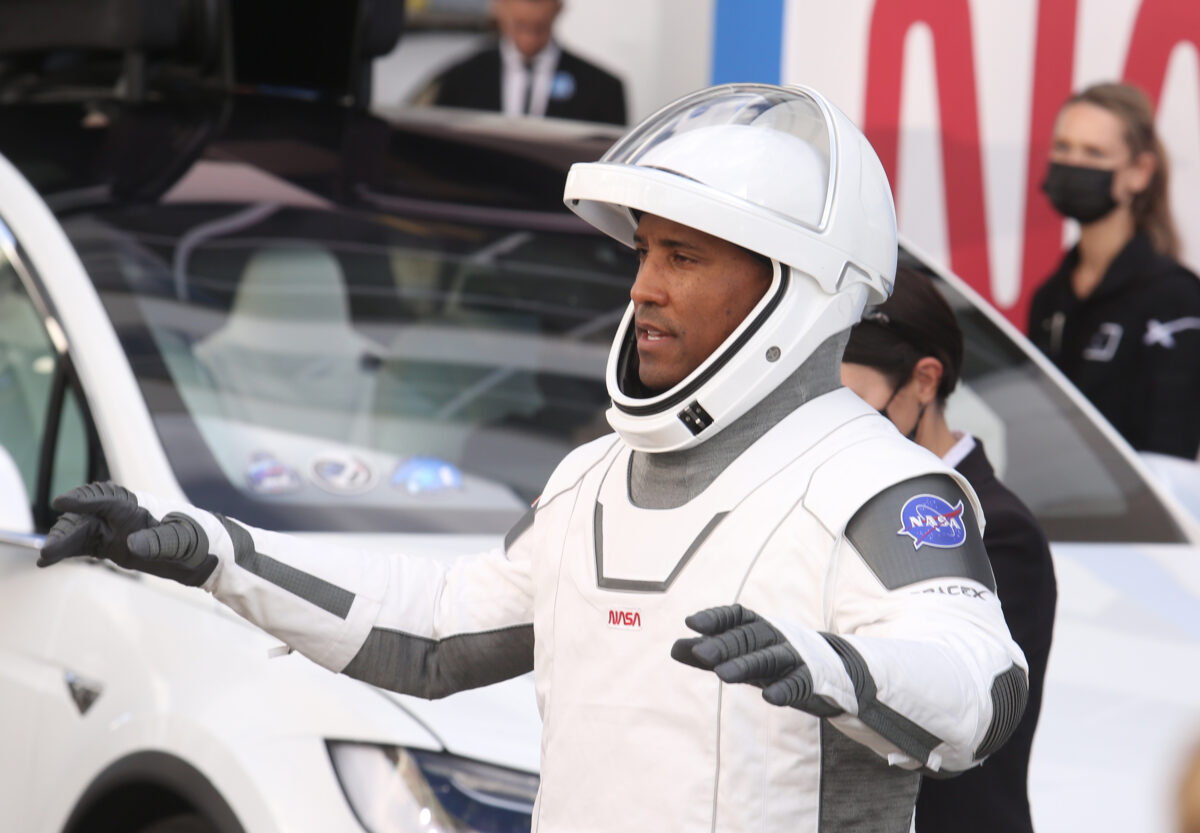 The fact that this year’s South by South West festival was all digital meant that presenters and panelists could join the festivities from anywhere. In fact, they didn’t even have to be on Earth. My festival highlight was watching a Q&A with NASA astronauts Victor Glover (pictured above) and Kate Rubins, who spoke from the International Space Station about their work on the station, how they got to space, and of course … salad.

Yes, both Glover and Rubin talked about how much they missed salad and fresh veggies and greens while they are in space. There are a lot of awesome things about spending time in space, but there isn’t a lot of fresh food. Or wind. Or weather in general. Being in a completely artificial environment can be tough, so when they get home they both look forward to sitting down with a nice salad and promise they won’t complain about the weather.

What do they do in their downtime on the space station was another question, and it pretty much comes down to sitting (or floating) in the quiet and enjoying a break. Astronauts get daily news briefs sent to them, along with movies and even live events like the Super Bowl, so they have a lot to entertain them while they’re in orbit.

Life in microgravity is very different, however, according to Rubins and Glover. And the feeling of little to no gravity is just not something you can prepare for. Rubins explained, “You can conceptualize it but you can’t feel it until you’re here,” and that just learning how to move and how to anticipate the things around you will move is a learning experience. Glover joked about how easy it is to lose things on the space station when you have to intentionally velcro things in place or else they will float away. He gave a visual example of the easiest place to lose something like an iPod: just floating right behind your head.

The astronauts also joked that they will find things like spoons around the space station from other expeditions. “The station taketh and the station giveth,” they explained. But hey, it’s pretty cool to be able to do floating flips, so it’s a trade-off. Also if you want to disconnect a bit, there’s not bigger flex than setting an “off-planet” autoreply on your email.

But being in space doesn’t just affect how your spoons and iPad move, it affects your entire body, which is one of the things they’re studying while they’re in orbit. Back to the salads theme, Glover himself is the guinea pig in a study to see how eating more nutrient-rich food will benefit his body in space. Meaning he gets some nicer, tastier food than the standard stuff on the station. NASA already checked his vitals and functions before, and they will check again when he’s back on earth.

Cells and bones and pretty much everything function differently in microgravity, which is the basis for many of the experiments happening on the space station, according to Glover and Rubins. Rubins reminded us that cells are just, well, bags of fluid and so they work differently when there is no gravity acting on them. Crystals grow differently in space too when they don’t have to fight gravity, and the rules of buoyancy, convection, and even combustion are out the window. This allows for all sorts of experiments with things like fiber optics, radiation, and even human bodies.

The station is an “incredible laboratory,” and there are over 200 experiments running up there. And many of them are important and beneficial for those of us down here on earth, because they can give us vital information on things like bone loss and osteoporosis, or how our blood and cells and immune systems work, and much more.

Rubins and Glover’s talk was one of many panels that NASA has at SXSW, including an incredible talk about astrobiology and the search for life in the universe.

Here are a few other space tidbits we saw this week:

Stay safe out there, Space Cowboys!