This Week In Space: Europa Glows, and Much More!

Welcome to our newly weekly feature! 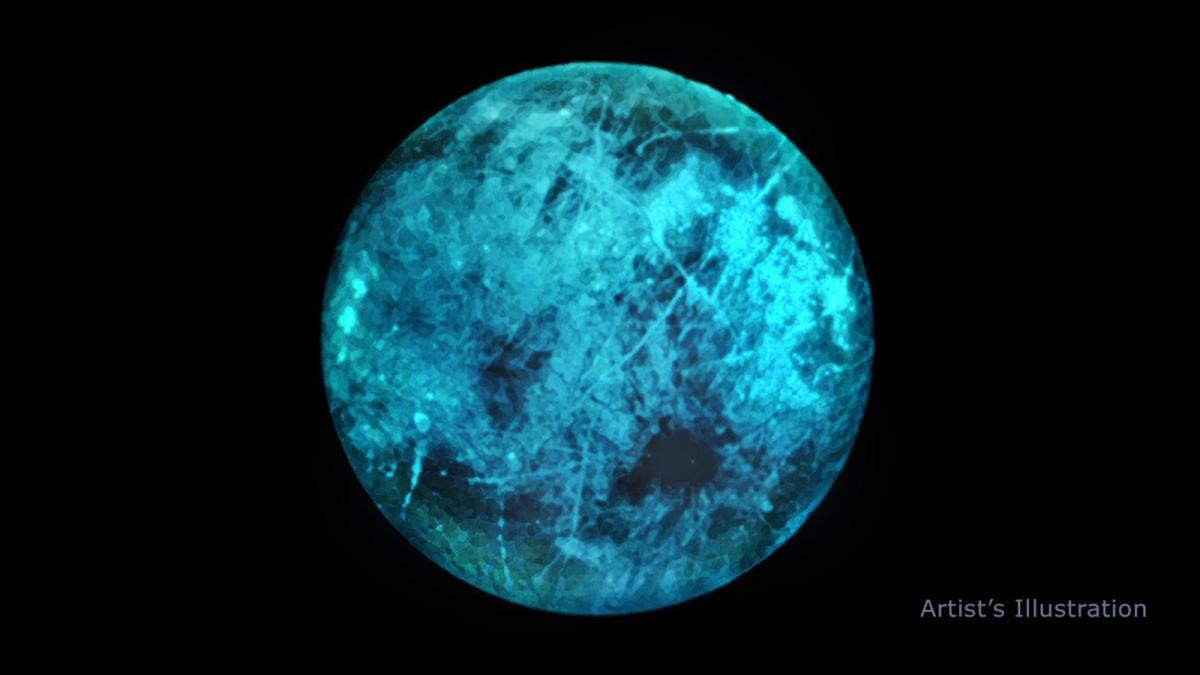 We here at the Mary Sue love a lot of things. That’s why we’re here. But one thing we really love and just can’t get enough of is space! From missions to distant reaches of the solar system and discoveries of potential life on other planets, to weird moon names and Mercury retrograde. We love the skies and all the mysteries they contain and so we’re introducing a new weekly feature: This Week In Space!

Each week we’ll be highlighting fun news from across the galaxy and we hope you’ll enjoy it. This week we’re shining with excitement because apparently Jupiter’s icy moon Europa … might glow?!

According to our friends (and by friends we mean the blog we read a lot of) at the NASA Jet Propulsion Lab at CalTech, the radiation from Jupiter hitting the frozen moon might have a very cool side effect: making Europa glow!

As the icy, ocean-filled moon Europa orbits Jupiter, it withstands a relentless pummeling of radiation. Jupiter zaps Europa’s surface night and day with electrons and other particles, bathing it in high-energy radiation. But as these particles pound the moon’s surface, they may also be doing something otherworldly: making Europa glow in the dark.

But how do we know that Europa glows, and why just Europa? It has to do with that ice and the other liquid on the satellite. Europa is unique in her salty composition: all of the ice on her surface absorbs radiation differently than other moons of the largest planet in the solar system. The result is that on Europa, it would glow blue or white depending on your point of view.

Using spectrometers, the NASA scientists were able to not just measure Europa’s glow but to also predict it. “We were able to predict that this nightside ice glow could provide additional information on Europa’s surface composition. How that composition varies could give us clues about whether Europa harbors conditions suitable for life,” said JPL’s Murthy Gudipati, lead author on the study explained. And yeah, the big deal here is about how this radiation could affect life on the moon as well.

And when might scientists see this predicted glow for real? Soon! In the next few years, NASA’s Europa Clipper mission is set to launch and will conduct many close flybys of Europa, looking for signs of life and maybe also that predicted glow. We can’t wait to find out what else these scientists find as the field of astrobiology grows.

What else is going on in Space this week?

Tomorrow is the new moon, which will take place in Scorpio, and even if you don’t follow astrology that does sound ominous, but things in the skies are actually straightening up quite a bit as well. After entering retrograde (yes, all planets have retrograde periods) on September 9th, the planet Mars will finally station direct again today. This means it will start moving in the “right” direction in the sky again and there could be some big burst of change and energy. Mars is still very close and highly observable in the sign of Aries right now, if you just want to take a peek at the red planet.

Right now it’s also becoming much easier to see the constellation of Orion, in the northern hemisphere, and if you have clear skies and a view of Leo in the late night and early morning this weekend, you might get a look at the Leonid meteor shower. Thanks to the lack of moon right now, this is the best time to take a look.

We hope you enjoyed our first edition of This Week In Space! We’ll see you next week as we boldly go where no weekly column has gone before!